Steven Assael said always to consider the interior of things. He drew a parallel between the literal interior volume of a form, and the internal meaning of art. He said this meaning was a precious liquid, and the artwork itself the vessel.

Steven Assael turned his attention from the nature of art to its making. He described the analysis of an object -- a head, for instance -- as a simplified geometric object in space -- a box, for instance. He praised the understanding of the box, how the understanding of the box gives the head derived from it a sense of completeness. He extolled Van Dyck, commenting that looking at his portraits, "you can almost feel the back of the head." 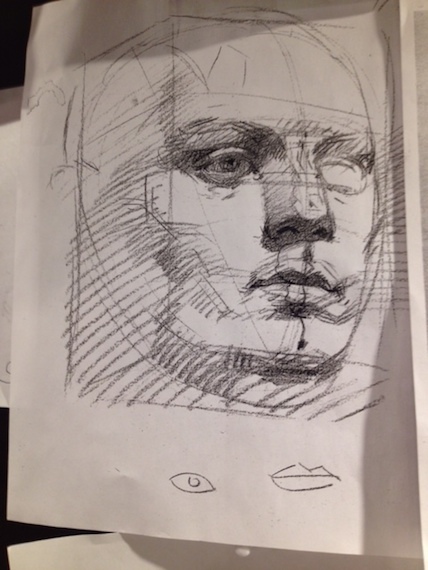 Steven Assael returned to the philosophical side of the parallel. He speculated on our attraction to the figure in art, that it fascinates us not for its form alone, but because, in studying it, we study the mystery of what makes us human. He considered the proposition that art is a surrogate for what is in the mind, a shadow, that we never see the real work of art. But then he disagreed, proposing that when the model in the mind inevitably clashes with the capabilities of hand and medium, something better emerges; Steven Assael placed himself at the procedural point of overlap between mystical and materialist positions.

Steven Assael commented that one must always draw, one must carry a sketchbook all the time. "A bad drawing," he said, "is worth more than a good photo on your phone. A good photo doesn't go into your mind, it goes into your laptop."

Steven Assael said all of these things in the first hours of the first day of a workshop he held on drawing and painting, which I happened to attend several months ago.

Here's a puzzle for you: Can drawing be taught, and can a great draughtsman teach it? 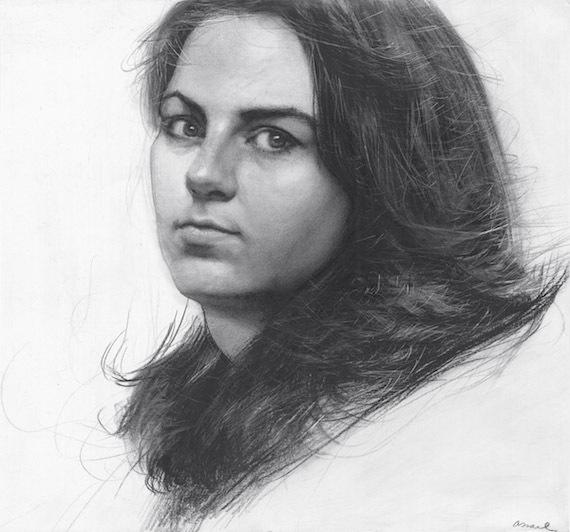 I lack much in the way of an art education, so I have pondered this problem by reasoning on it from the outside. I figure there are two answers:

No. Of course it can't be taught. This is a categorical certainty.

And yes. Practically speaking, you can do something so much like teaching it, that you might as well be teaching it.

Categorically speaking, the art impulse is unique to the individual. It makes itself felt, or it does not. It takes a unique form in everyone in whom it arises. It cannot be bestowed. Each artist, to make anything of any worth, must discover, by whatever means, their own unique way of drawing, of grappling with the panoply of the world and the imagination, and leaving some sensible residue of it on the page.

There is nothing for it but practice, reflection, experimentation, and discovery.

But practically speaking, it is possible for some Virgil or Beatrice to help the budding artist along. Steven Assael is mighty in his own technique, but self-disciplined in desiring that his students should discover themselves, not him. He preaches a philosophy, but it is a philosophy without any particular doctrine. He does not provide rules or answers for his students; his central metaphor is that the interior of an object is like the interior meaning of art, but he presents its converse without jaundice. Although for him art is meaningful in the intuitive and classical sense, he notes that it is also viable to try to represent emptiness, the void, space not as the container of form but as a blankness in which all existing things ultimately collapse. "What is right," he explains, "depends on what you want. You have to work out what you want. You might not get it, and what you get instead will often turn out to be something you want more."

There are, I suspect, three phases to the standard art workshop - the lecture, the demonstration, and the practice. Assael completes the lecturing and gets down to work, making a portrait of his model, Dayna Offenbacher. To watch a master draughtsman at work is illuminating, but it is a dangerous illumination. Assael demonstrates his own principles at work. They are principles just right for him. It is easy to confuse their rightness for him with their rightness for oneself. 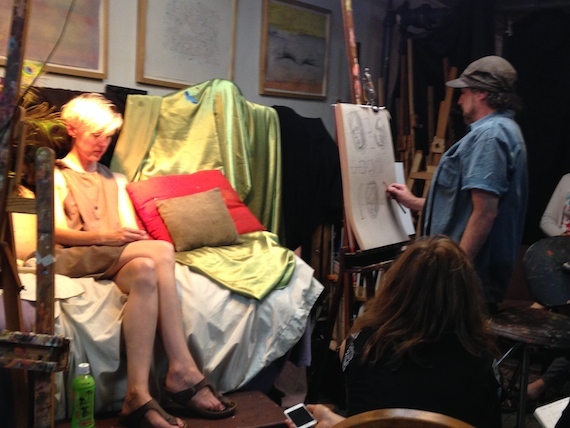 right to left: Assael and Offenbacher at work, August 2014

I think that Assael is generally thought of as an expert at capturing likeness. This is not especially true. His representations often diverge radically from the model. It is easy to confuse their authority with verisimilitude. But their authority arises from Assael's confidence, and his confidence derives not from copying what he sees, but from subordinating what he sees, and even what he knows, to his primary art impulse -- in his case, an impulse toward burgeoning, fleshly formfulness. 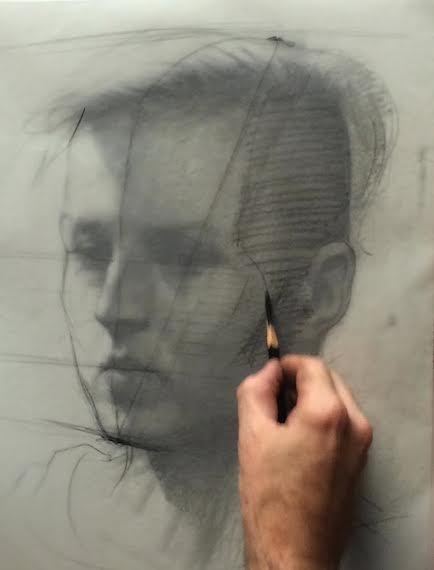 Offenbacher is fashion-model thin, and has a fine hollow-boned lightness. She could not be more opposed in build to Assael's intuition of overpowering mass. His eyes seek bricks, whereas she is fabricated, after a manner of speaking, from aluminum and glass. So in his demonstration drawing of her, he rounded off her individuality toward that boxy mean he carries in his head. 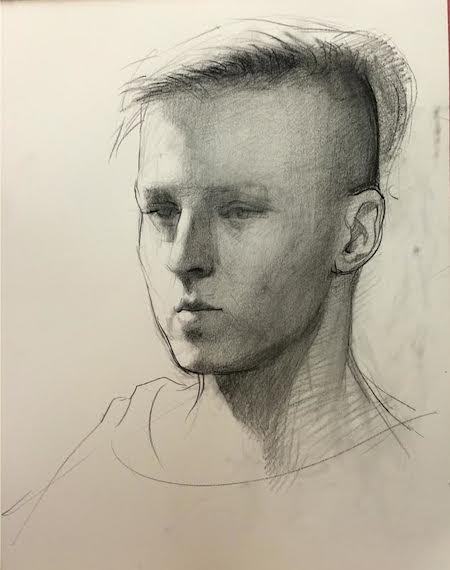 There is a right way and a wrong way to understand this demonstration. The wrong way is to be convinced by it, to take his specific means for oneself. This is the great danger of all attempts at art education, particularly by talented teachers. What could be better or more appealing to the novice draughtsman than to get results like Assael's? There are many facets to being an artist, but one of them is to be literally the best in the world at what you do, because you invented a way of doing things and became a master of it. It is possible to learn to draw like Assael -- as long as the pupil does not mind remaining second best, and unoriginal.

What is the right way? It is to take seriously the advice Assael himself offers, that you have to work out what you want. Assael's example, his demonstration, is understood most properly as inspiration. It offers a set of tools to try, but always to try skeptically, and to be ready to put down. Assael offers some very powerful means of working out what you want. But how can you really follow his advice?

He says "work out what you want." This breaks into two parts: working and wanting. Wanting is a matter of confidence, of that unteachable artistic core that exists in the pupil, or does not. And working is just that -- practicing until you approach to a clear perception of your wanting, and an ability to unleash your wanting onto the paper, where it will express its unique nature in a form that surprises even you. The work consists, as Assael advises, in drawing all the time, in carrying a sketchbook and drawing all things -- "including TV, including imagination, including memory" -- in making bad drawings as well as good ones -- in learning to see profoundly and to make "as if effortlessly -- skill-lessly -- an illusion of lack of skill resulting from working without thoughts getting in the way." Only a master can think without thinking, and the road to mastery is work.

This is the third part of the workshop: the practice, where the students spend several days making their own drawings and paintings of the model. I think going to an art workshop is a bit like hiring a personal trainer. You could probably go to the gym on your own and get in shape. Even if you didn't know what you were doing at first, you'd figure it out eventually. You don't really need a trainer. A trainer can't lift your weights for you, and he can't make your lifting any easier. But his company and guidance and price will compel you to show up and get the work done. So too it is possible to spend several days drawing and painting on your own. But it is often more likely that the art student will do it when attending a structured, intense course of study, with the inspiration and guidance of a teacher like Assael. Assael, in turn, nurtures the individual natures of his students, suppressing as much as possible the innate bias of workshops toward churning out pupils who copy their master.

For my part, I thought all of this was fascinating. I learned to draw and paint in almost complete solitude, taking many years to figure out some things that are quickly learned in class. I like what I did, and I like my sense of possession of my techniques. But if I'd known of workshops like Assael's early on, I might well have made use of what he offers along the way.

Thanks for having me over, Steven; I loved watching you work, and I learned many things and thought many thoughts. 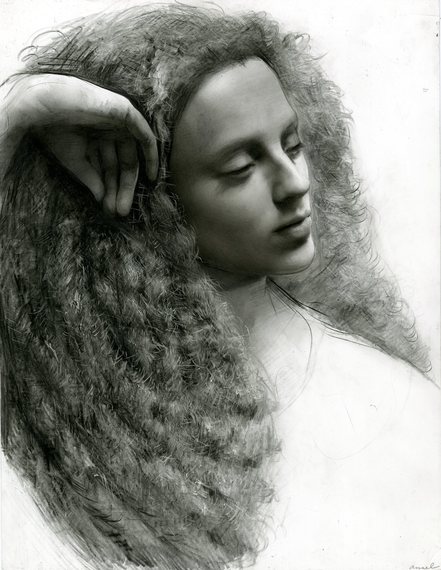