Many of us have considered the possibility that cats might be alien beings, but one Canadian feline seems to be confirming those suspicions.

Matilda, a 2-year-old cat who was rescued from a hoarding situation as a kitten, has enormous glassy eyes that give her an otherworldly appearance. 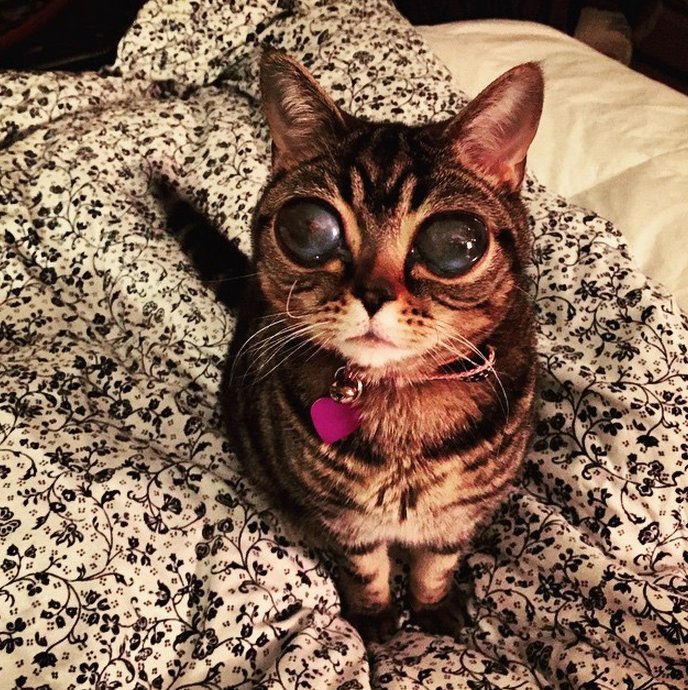 But Matilda, nicknamed the "alien cat," didn’t always look this way, her owner, Meghan, told The Huffington Post. When Meghan, who requested that her last name not be used to protect her privacy, and her fiancé adopted Matilda in 2013, she looked like any other adorable kitten. 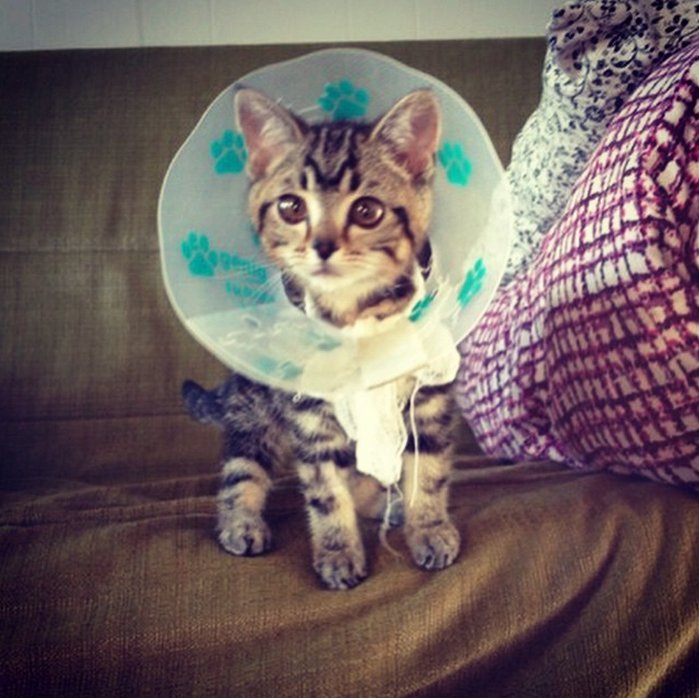 Just after Matilda’s first birthday, Meghan said, she began to experience an eye issue where one pupil would dilate nearly to the size of the entire eye, then return to normal. Matilda was diagnosed with spontaneous lens luxation, meaning that the lens in her eye had detached. Her left eye soon became affected as well. 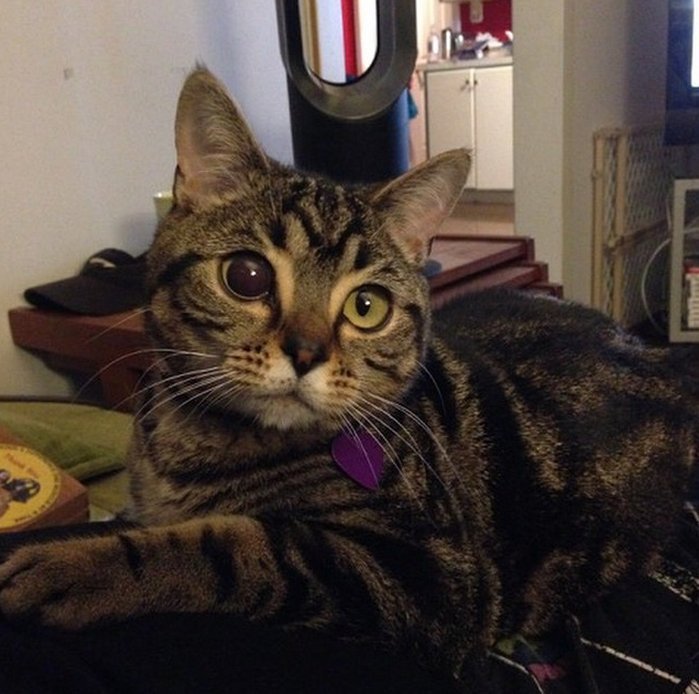 As it turned out, Matilda’s siblings suffered from the same condition, Meghan said. However, while their eyes stayed the same size, Matilda's began to get bigger and bigger, which Meghan says has puzzled multiple veterinarians.

“We’re still unsure as to why this made her eyes grow,” Meghan said, adding that her vet believes it has “something to do with her collagen structure.”

She said Matilda also suffered from secondary glaucoma while her eyes were still growing, but it’s now “cleared.”

Despite the fact that Matilda’s nearly blind -- she can see “light and some motion,” Meghan said -- Matilda has a sunny attitude. 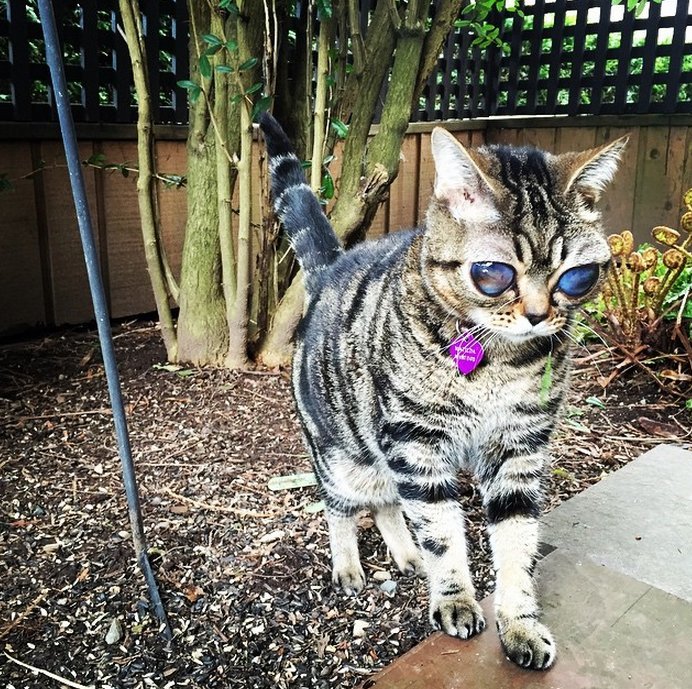 “Her other senses must make up for her lack of sight because you wouldn’t really be able to tell that she’s blind by watching her,” Meghan said.

The young cat loves to explore, play and snuggle with humans and her dog brother, according to her owner.

“She loves to cuddle and sit right on top of anyone who will let her,” Meghan noted. 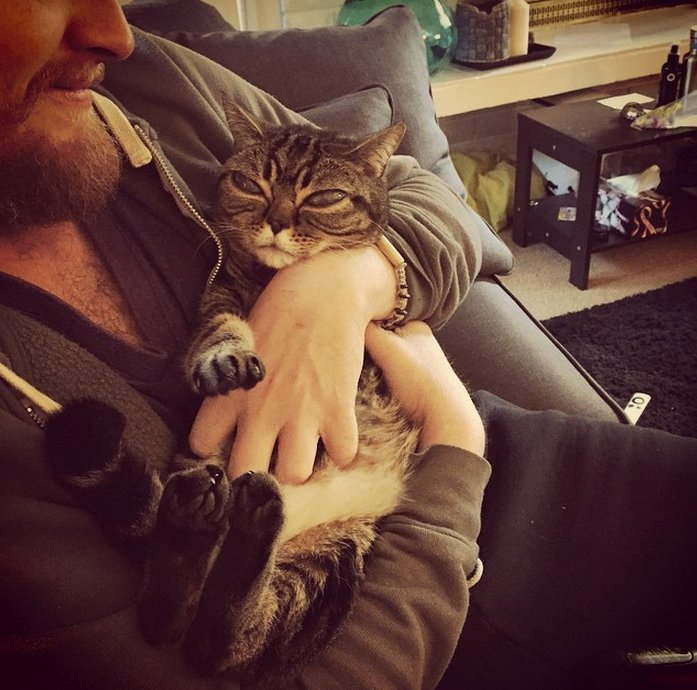 Meghan stressed that Matilda is not suffering. “The pressure levels in her eyes are completely normal, which means that there is no pain,” she said.

Matilda’s vet, a board-certified veterinary ophthalmologist who also spoke to HuffPost on the condition of anonymity to protect her clients' privacy, told HuffPost that many people incorrectly believe Matilda’s condition is painful.

“Many people see her photo and assume she is in pain and needs to be taken from her owners,” the vet said. “She is not and does not.”

The vet also confirmed that photos and videos of Matilda on Instagram, where she has over 46,000 followers, have not been altered to make her eyes appear larger.

Dr. Louise Murray, vice president of the ASPCA Animal Hospital, looked at pictures of Matilda and told HuffPost that Meghan’s description of the cat's medical condition is “very plausible and consistent with the photos.” 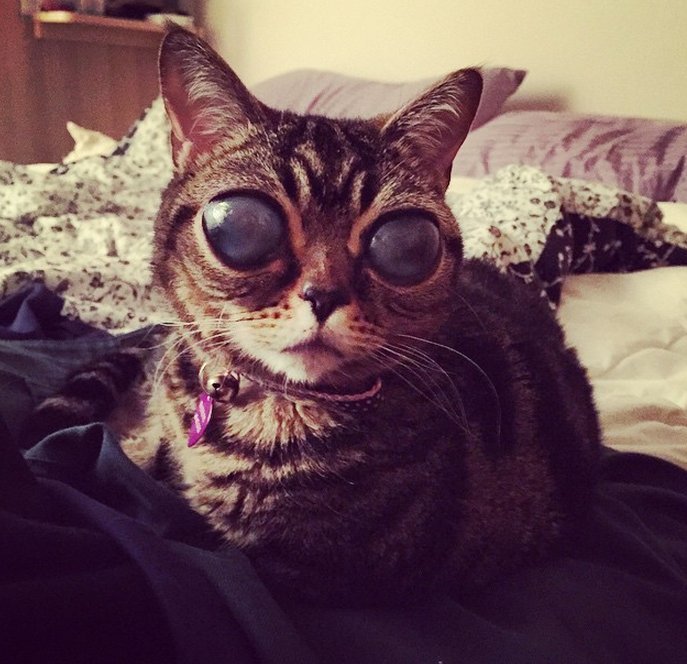 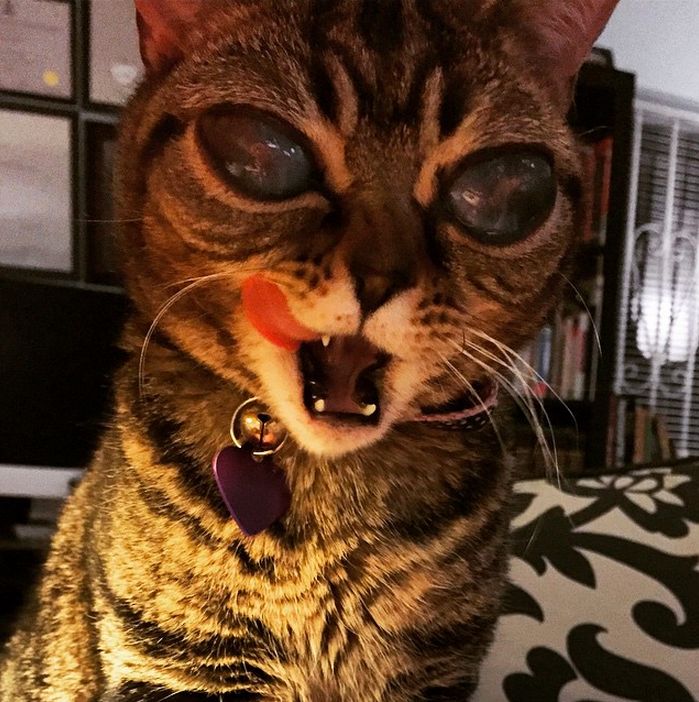