Researchers with the Wildlife Conservation Society (WCS) recently announced the discovery of a new snake species in East Africa. Matilda's horned viper (Atheris matildae) was found in a remote area of Tanzania, according to a WCS press release.

The snake, which was described in a December issue of the journal Zootaxa, is just over two feet long, has horn-like scales above its eyes and is covered in distinctive black and yellow markings.

According to National Geographic, the snake's habitat is threatened by "human development and other factors." In fact, its habitat has reportedly been reduced to less than 40 square miles within the remote forest.

Consequently, the researchers expect the snake to be listed as critically endangered, reports Mongabay. As a precaution, the team that discovered the snake is keeping the location of its habitat a secret. They have also collected 11 snakes for a captive breeding program.

Images courtesy of Tim Davenport and the Wildlife Conservation Society. 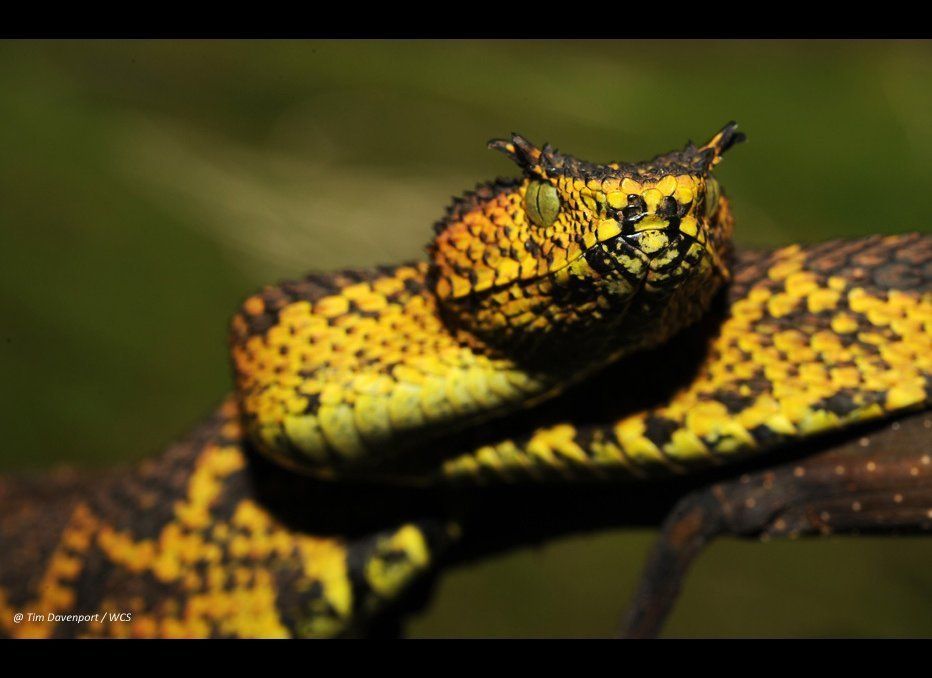