What happens when two of the 20th century’s greatest artists team up to produce a gold-embossed, illustrated book? That book's value, just $15 in 1935, will bloom to a price of over $10,000 a mere 80 years later.

The item of interest is a copy of James Joyce’s Ulysses, which goes on sale June 24 at Bonhams Auction House. First editions of the author’s 1922 modernist masterpiece have long fetched high prices. But this one has an added kick: illustrations by Henri Matisse.

Back in 1935, 1,500 copies signed by the French artist were printed and sold for a paltry $10. Joyce elected to add his signature to 250 -- which made those copies worth an extra $5. A variety of other Joyce materials are up for auction at Bonhams this June, such as first editions of Ulysses and A Portrait of the Artist as a Young Man, as well as The Mime of Mick, Nick and the Maggies illustrated by Joyce’s daughter, Lucia.

Amidst the flood of Joyce materials, what makes the Matisse-illustrated Ulysses so special? 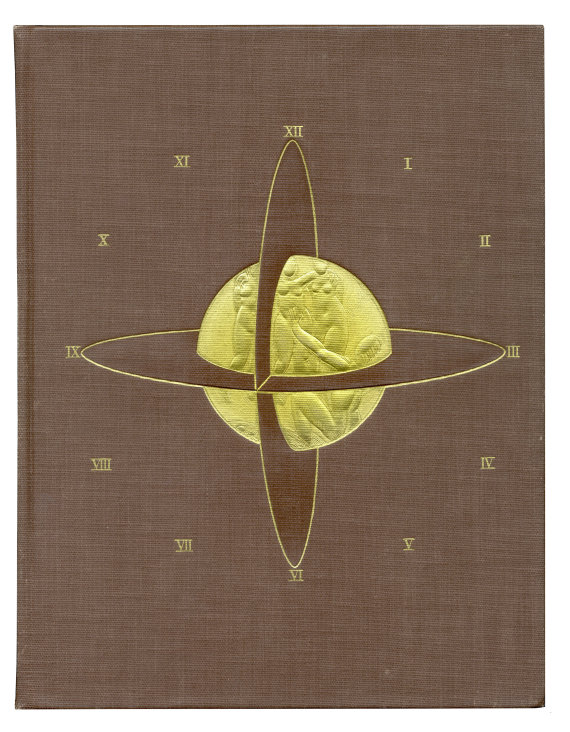 One answer is the conceptual link between the artists. Though one worked in words, the other primarily paint, both Matisse and Joyce challenged our assumptions that art should represent “objective” reality. Matisse strayed from conventional colors and forms in order to better capture the expressive, emotional sides of his subjects and scenes. Joyce dove into the complexities of the human consciousness, inventing language and literary devices better suited to rendering the interior mind. Both, in their ways, wanted to convey how people subjectively experience the world, a preoccupation that caused them to radically innovate -- and scandalize -- the art and literary worlds.

And how did their parallel projects come together? The collaboration was the brainchild of George Macey, an American publisher who pitched the idea and $5,000 to Matisse. Pairing two such geniuses may seem outlandish today -- Can you imagine Jeff Koons illustrating Zadie Smith’s next novel? -- but Matisse was known for his interest in artistic partnership. In fact, he first used the paper cut-outs technique for the set design of "Le Chant du rossignol," an opera by famed composer Igor Stravinsky.

The book up for auction next week, though, may not reflect Matisse's most collaborative spirit. It’s widely believed that he never actually read Joyce’s infamously difficult tome -- which isn’t hard to believe when you see the etchings. They depict scenes from The Odyssey, and while the Homeric epic structures Ulysses, Joyce’s book takes place in modern Dublin, not ancient Greece. Homer's one-eyed Cyclops became, in Joyce's novel, a narrow-minded Irish citizen at a bar, but Matisse stuck with the original mythology. In addition to those Cyclops drawings, Matisse added sketches for the Calypso, Aeolus, Nausicaa, Circe and Ithaca episodes. Whether his works are the result of insightful rumination on Homeric-Joycean parallels or just pure laziness is hard to tell. 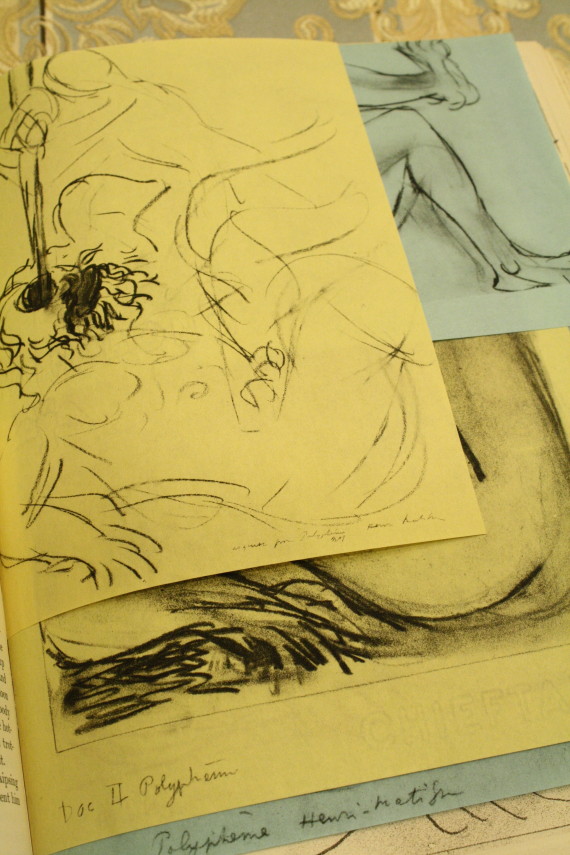 At times, though, the two masters' arts come together with poignant grace. Matisse's stunning cover, “Nausicaa,” appears to be a timepiece, but look more closely and you’ll see interlocking female bodies encased inside a golden celestial orb. Joyce was fascinated with the relationship between femininity, time, and the planets. “What special affinities appeared to him to exist between the moon and woman?” asks the narrator in the penultimate chapter.

So maybe Matisse did tap into the writer's mind, or maybe their works had a natural affinity. They were, after all, exploring similar questions in different media.

We’ll let you be the judge. Here's the rest of the Ulysses excerpt answering the narrator's question on relations between woman and moon. Is there enough aesthetic resonance between his art and Matisse's to warrant that $10,000 price tag?

Her antiquity in preceding and surviving successive tellurian generations: her nocturnal predominance: her satellitic dependence: her luminary reflection: her constancy under all her phases, rising and setting by her appointed times, waxing and waning: the forced invariability of her aspect: her indeterminate response to inaffirmative interrogation: her potency over effluent and refluent waters: her power to enamour, to mortify, to invest with beauty, to render insane, to incite to and aid delinquency: the tranquil inscrutability of her visage: the terribility of her isolated dominant implacable resplendent propinquity: her omens of tempest and of calm: the stimulation of her light, her motion and her presence: the admonition of her craters, her arid seas, her silence: her splendour, when visible: her attraction, when invisible.