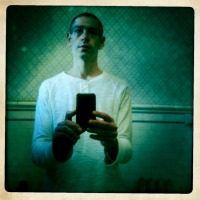 The Jewish world is in spasms over Matisyahu's facial hair.

Even before I awoke in Los Angeles, text messages were lining up like Hanukkah cards from the East Coast asking, "Is it true?" The blogs are on fire with questions like "Did he stop being religious?" "Is this a publicity stunt?" and much more. As my witty blogging friend Esther Kustanowitz put it, this was "the beard heard round the world."

Never before in the history of our ancient people has one man's beard cause so much panic. In fact, I am not sure in the entire history of beards, if one beard has created so much commotion.

In our world obsessed with looks and stardom, his decision to go beardless now warrants news alerts.

Yesterday the alert is about our beloved singer's decision to shave off his signature bristles, "Matisyahu Shaves off Beard."

Tens of thousands of people have looked at the photos on Twitter, thousands are commenting on his website and Facebook. Even national gossip media sites are chiming in with their own opinions. But all one needs to do is look at what he himself wrote on his blog:

No more Chassidic reggae superstar. Sorry folks, all you get is me ... no alias ... And for those concerned with my naked face, don't worry ... you haven't seen the last of my facial hair.

It seems that his own words were not enough. Everyone has an opinion. Rushing to judgement is a national pastime.

There is no obligation in Judaism to wear a beard. It's not a mitzvah. Facial hair is meant to be an adornment for the face, say the rabbis. The Torah instructs us about how to cut the beard -- no razors allowed, leave the upper part of the sideburns -- but doesn't require a man to have a beard. While some associate taking off the beard with a lapse in religious observance, that is simply not the case.

Historically, Jews have gone without beards before. Over the ages, Jewish men have used depilatory creams and powders made from nasty stuff that took off the beard. At the most famous yeshiva in pre-war Europe, most men studied bare-faced. The invention of the electric shaver created the opportunity for even more observant Jewish men to go beardless without killing their faces.

I remember when I started growing my beard 16 years ago, much to the surprise of my fiance. It had everything to do with my displeasure at shaving, and nothing to do with a fashion of religious statement. My skin is super sensitive, and no matter what kind of electric shaver, creams, treatments I used, my skin could not bear it. With my marital future in place, I took the risk and grew one leading up to my wedding. My grandmother, of blessed memory, was distraught that all the wedding pictures would have me in a beard.

A beard does not make a man. I am sure some famous bard centuries ago wrote something along those lines. Matisyahu's talent as a singer and performer have little to do with what clothes he wears and what kind of facial hair he prefers. While it might have been his signature look for a part of his career, it isn't any longer. Let's not rush to judgement and let him speak -- and sing -- for himself.