Back in August of 2013, Indiewire's The Playlist reported Matt Damon had signed on for a small role in Christopher Nolan's new film, "Interstellar." The story was soon picked up by Entertainment Weekly, Variety, TheWrap, Business Insider, Moviefone, io9, Slashfilm and The Huffington Post, among many other sites.

Damon himself, meanwhile, talked about the "Interstellar" role in interviews with MTV and Hitfix earlier this year. "I don't have a big part," he said to MTV in January. "I was thrilled to be able to work with Chris and I had a blast working with him." The actor even referenced his time spent working with "Interstellar" star Matthew McConaughey in an interview with David Letterman.

But Damon's name has been completely absent from the film's marketing campaign and reviews. His appearance has gone from public knowledge to a huge "Interstellar" spoiler. In Joe McGovern's critique of "Interstellar" for Entertainment Weekly, Damon isn't cited, except as an "A-list actor whose identity Nolan has kept secret." Dana Stevens at Slate referenced Damon simply as "one surprising sign of life." (Todd McCarthy of The Hollywood Reporter echoed Stevens' language, referring to an unnamed Damon as a "surprise presence.") Discussing the film's Oscar chances, HitFix In Contention editor Kris Tapley acknowledged Damon in this way: "... and a famous actor whose cameo apparently isn't widely known despite the fact that he's talked about it on camera (on Letterman and here at HitFix), well, he's pretty memorable, too." New York Times critic A.O. Scott even made reference to signing a nondisclosure agreement before seeing the film. "Forget about telling you what happens," Scott wrote in his review. "I'm not even supposed to tell you who's in the thing, aside from the people you've seen on magazine covers."

Of major critics, only David Edelstein, writing for New York, flat out announced Damon's presence: "Matt Damon pops up on an ice planet to look shifty and bite his lip to keep from breaking into his peerless McConaughey impression." (An article posted by Business Insider also revealed Damon's involvement, but noted his cameo was a "surprise.")

Along with J.J. Abrams, Nolan is one of the biggest proponents of film secrecy. He takes this very seriously. (The Wall Street Journal reported that Nolan wanted Warner Bros. executives to "punish" the person responsible for leaking news about the "Dark Knight Rises" sound mix.) That attitude didn't change for "Interstellar," which Nolan kept under strict wraps, even with regard to how the film was screened for journalists and critics. But the decision to pretend Damon's association with "Interstellar" didn't already exist just feels like an overreach that takes away from the film. At a public screening of "Interstellar" on Friday night in New York, Damon's initial appearance made audience some members unintentionally laugh.

What was the goal here? There are plenty of actors in "Interstellar," and Damon is just one of them; knowing he appears in the film before seeing it is on par with knowing Topher Grace does too. (Topher Grace is in "Interstellar," btw.) Neither of these revelations affect the overall viewing experience of "Interstellar." It shouldn't spoil anything to know people are in the movie.

"We all want to unwrap our Christmas presents early," Nolan said about spoilers in an interview with the New York Times. "But we all know we'll be disappointed if we do."

In the case of Damon, the present was unwrapped 15 months ago by The Playlist. Then again in January by Damon himself. Nolan's a master in many ways, but even he should know better than to try and regift.

Finally, We Can Talk About The Surprise Cameo In 'Interstellar'
Matt Damon 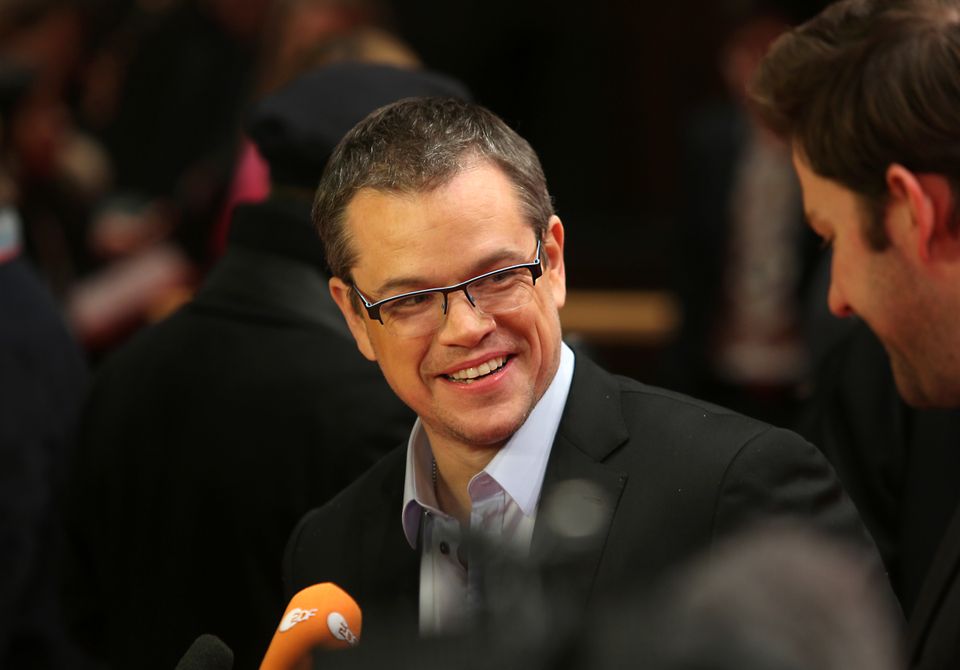