This is Pepe the Frog. He’s a laid-back amphibious dude whose hobbies include hanging out with his roommates, getting stoned, drinking pop, eating pizza and watching TV. He doesn’t get out much and spends the majority of his time slinging outdated ‘90s clapbacks at his fellow dude-bros.

You might be surprised, then, to hear that Pepe was recently designated a “hate symbol” by the Anti-Defamation League. Talk about not chill.

The slack-jawed frog was originally created by artist Matt Furie in 2005 as part of the zine “Boy’s Club.” The comic revolves around the absurd, marijuana-fueled antics of Pepe and his crew ― Andy, Brett and Landwolf. A typical evening for the 20-something slackers of various species would include smoking weed, surfing the internet, eating a beastly amount of snacks and talking at length about how said snacks would eventually be expelled from their bodies, sparing no nasty detail.

Furie first brought the animals to life on Microsoft Paint, printing his comics out at a local Kinko’s when he wanted a physical copy. Needless to say, Pepe’s origins were humble.

“[’Boy’s Club’ is] about that post-college zone where you live with a bunch of roommates and don’t really leave the house,” Furie said in an interview with The Huffington Post. “It’s playful, absurd, a little surreal.”

Furie could hardly have predicted Pepe’s rise to fame ― or his infamy. “I guess it’s just how the internet works,” Furie said. “One thing catches on in this small subgroup and it snowballs from there. I don’t know why it was Pepe specifically, just as much as I don’t know why a frog evolved to look like a frog.”

Around 2008, three years after Pepe’s creation, Furie started getting some emails from friends who found the frog’s likeness popping up on 4chan, an online message board that has, on more than one occasion, served as a festering cesspool for the internet’s most insipid and hateful trolls.

The image that piqued the trolls’ interest depicts Pepe pulling his pants all the way down to his ankles to pee, exposing his entire froggy behind. When his buddy Landwolf inquires as to the rationale behind the unnecessary exposure, Pepe responds, ever the bon vivant, “Feels good man.”

Furie explained to Know Your Meme his motivation for creating the image. “My cousin, when we were kids, we went to elementary school together and we would go into the public restroom and he would pull his pants all the way down to go pee and I thought it was hilarious. Then he did it in public, but, you know, we were little kids.”

“Feels Good Man” Pepe went viral, in part thanks to a brief stint on a bodybuilding message forum. Before long, Pepe had Instagram, Tumblr, Facebook and Reddit pages created in his honor. New permutations and combinations of Pepe’s iconic face, rendered by people across the internet, ran wild and free: Angry Pepe, Feels Bad Man Pepe, Smug Frog, Nu Pepe and Poo Poo Pee Pee being among the most popular spinoffs.

Pepe enjoyed some relatively inoffensive glory, his likeness tweeted out by stars like Katy Perry and Nicki Minaj. And then, things got dark. A self-described white nationalist who goes by @JaredTSwift told The Daily Beast that, in 2015, there began “an actual campaign to reclaim Pepe from normies.” (”Normies” are mainstream individuals who don’t lurk in the shadows of racist chatrooms.)

As a result, white nationalists began depicting Pepe in a variety of grossly offensive circumstances. There was Hitler Pepe, shown reading Mein Kampf and sipping from a swastika teacup, and an anti-semitic caricature of a Jewish Pepe, suggesting he was involved in the Sept. 11 attacks. “We basically mixed Pepe in with Nazi propaganda, etc. We built that association,” @JaredTSwift said.

Before long, Pepe acquired Donald Trump’s signature cheese-colored coiffure and square-shaped face, too. His likeness emerged in wildly racist images showing him policing the U.S. Mexican border and operating a gas chamber. As the 2016 presidential election period began, Trump swiftly took up Pepe as his own, tweeting a frog-inspired self-portrait last fall. His son, Donald Trump Jr., posted another image to Instagram showing Trump Pepe as one of “The Deplorables.” Some interpreted these gestures as a wink to white supremacist supporters, given how Pepe had, by then, become so intensely associated with bigotry.

Things reached peak bizarre for Furie when Hillary Clinton’s campaign published an indictment of the wayward frog. “That cartoon frog is more sinister than you might realize,” Elizabeth Chan, a senior strategist for the Clinton campaign, warned readers earlier this month. Finally, on Sept. 27, Pepe became an official hate symbol.

A friend sent me this. Apparently I made the cut as one of the Deplorables😂😂😂 All kidding aside I am honored to be grouped with the hard working men and women of this great nation that have supported @realdonaldtrump and know that he can fix the mess created by politicians in Washington. He's fighting for you and won't ever quit. Thanks for your trust! #trump2016 #maga #makeamericagreatagain #basketofdeplorables

But Furie isn’t buying the “Pepe as a hate symbol” claim. Namely, he says, because Pepe isn’t a symbol.

“There is no hidden agenda. There is no code with Pepe. Whatever he is, he is, for better or worse,” the artist said. “There are examples of Pepe that are obviously racist. Like Hitler Pepe ― you don’t have to explain that to people. It’s not some secret code.”

According to Furie, Pepe isn’t a Trump supporter, though he’s not pro-Clinton, either. “Pepe probably wouldn’t vote,” he said. “He’s not really into politics. He’d get stoned and watch TV.” (As for the artist himself, Furie says he’s voting for Clinton.)

When asked about Pepe’s role in the upcoming election, Furie couldn’t help but giggle. “In my mind, frogs are one of the most peaceful creatures,” he said. “They just chill on lily pads and eat. You never really feel threatened by frogs in nature. I think that’s why they’re so popular in fairy-tales. They’re just ... chill.”

But when asked about Pepe’s greater viral legacy, Furie was at a loss. Although he has made some money off Pepe’s popularity ― through sales of a Pepe T-shirt and an anatomically correct stuffed animal ― most of the frog’s power, sinister as it might become, is out of Furie’s hands. In an interview with Vice, Furie described Pepe’s disembodied presence as a “post-capitalist kind of success” and “decentralized folk art.”

Having stopped the “Boy’s Club” series in 2012, Furie now works on illustrating children’s books. He’s left Pepe in the past.

Pepe is far from the first image to detach from its origins and rise to the holy status of meme, bouncing from one internet user to the next with slight variation in between. (He’s not even the only frog to do so.)

Furie is aware of the uniquely millennial way memes like Pepe gain traction. “It’s kind of a new thing,” he added. “Before, to get a cartoon really popular, usually you’d have to have it featured in a TV show or movie. This is something that happened in a completely different way. I just kind of see it as a sociological trend.”

But little Pepe hasn’t just spread his wings ― or, rather, frog legs ― far and wide. He’s been morphed and mutated this way and that, changing from a chill stoner to a hateful demagogue. From wiping his butt to strutting around in an SS uniform. The ADL’s designation shows that Pepe has now gone the way of Harambe.

When asked what Pepe would make of all this if he could just watch his grand ascent and eventual descent from afar, Furie responded, “I think he’d kind of trip out on it.” Perhaps Pepe would opt for an evocative facial expression, he added. “His face would drop with his eyeballs bulging out, a little sweat dripping down his forehead.”

It’s a strange possibility to consider, as an artist, that your personal creation could one day go on to do, or promote, dangerous and hateful ideas so distant from their beginnings. In a way, it’s like bringing a child into the world, not knowing whether or not she’ll leave the nest to become a prized member of society or a holy terror.

Furie, for one, doesn’t seem to sweat it too much. “Only time will tell, I guess,” he said. “I think it will settle down after the election is over. It’s certainly not going to stop me from doing anything. I just like to jam out to music and draw creatures all day.” 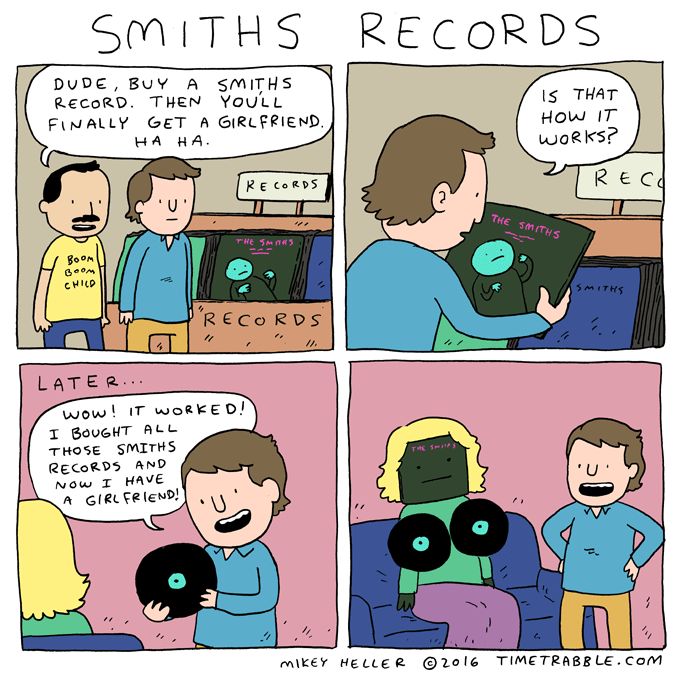