An "ex-gay" Christian advocate, who blogs about how religion saved him from a life of homosexual sin, was recently discovered on gay hookup app Grindr.

Matt Moore, a blogger for the Christian Post, writes extensively about how Christianity has helped him to turn away from a gay lifestyle. But, apparently it didn't help him quite enough to steer him away from Grindr.

Freethought Blogs writer Zinnia Jones, LGBT rights activist and HuffPost GayVoices blogger, was the first to expose Moore's Grindr account on Monday. At first, she questioned if the account could be a fake, but Moore later admitted the Grindr profile was his.

Moore also said that the pastor of his church was made aware of his Grindr activities before the news came out publicly.

In March, Moore discussed his struggles and triumphs for the Christian Post in a blog post, titled "My Story: Homosexuality, Drunkenness, Grace and Redemption."

When attempting to explain his gay desires, Moore wrote, "I had a yearning in my soul that God had placed there for Himself, but I was perverting that desire and directing it toward people instead of my Creator."

Although he "never really thought, 'I want God to cure me of my homosexuality,'" Moore turned to religion for the cure. He says that every day he deals with desires, but claims it is worth the fight "because of the working of the Holy Spirit in my heart, I am able to see clearly that the homosexual feelings I have are a perversion of the gift of sex that God gave mankind."

Queerty notes that Moore promotes his "ex-gay" theories beyond his blog. He has done interviews with Christian websites and is behind events like the Overcomers SSA Conference.

Towleroad says that Moore is "deluding" himself and that his writings are "dangerous to others who may be reading them with questioning feelings."

Jones explains this ideology in her blog post: "So-called 'ex-gays' publicly promote the notion that LGBT people are sinning against a god who will torture them eternally if they fail to suppress and deny their true nature. But privately, they often seem to have trouble practicing what they preach." 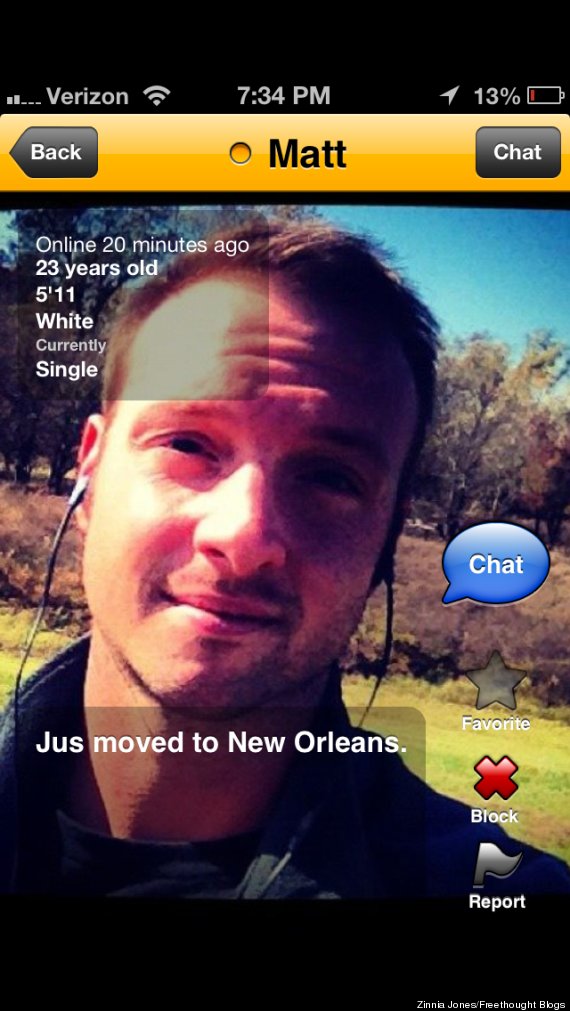