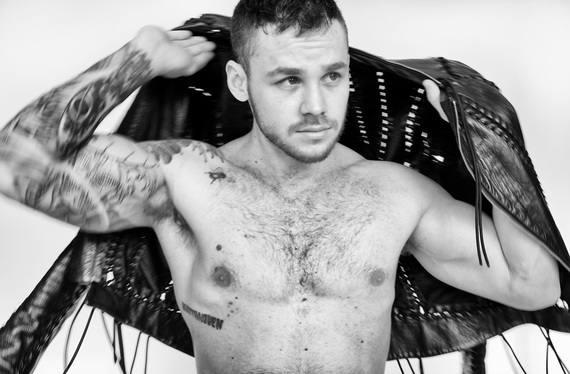 It's easy to prejudge Matthew Camp. He's a beautiful former go-go dancer with an amazing body and a cherubic face. (Read: I kind of assumed he was going to be the kind of guy who skates by on his looks.) When he walked in the door for his interview, I complimented his overcoat. He blushed, shrugged, and said he made it himself. This interaction pretty much set the tone for my afternoon with Camp. Through our conversation I learned that he's not at all what I'd assumed. He's kind, independent, hardworking, and gifted, a smart, fascinating guy who lives and works by his own rules. Here's a snippet of our conversation. Enjoy!

Phillip M. Miner: Most people know you from your dancing career and are probably surprised to find out about the clothing and fragrance design. How did you get into fashion?

Matthew Camp: I've been making clothes for such a long time. I started before I was 20. I would make clothes for my sister's dolls when I was a kid. I took a few classes in a community college and thought, "Wow, this is really easy." I took a pattern-making class and a sewing class, and that was all I needed. The really interesting thing about making clothing is you learn a process that you can apply to anything. I feel like I can make anything now because I've learned the process of making something from scratch.

Camp: Exactly! I take natural and synthetic oils and mix them together using different processes to cure them to create the particular scent I want. Not a lot of people do it; it's kind of a lost art. When I create a scent, I don't follow many of the rules that people use. There are lots of books about what you're supposed to do and the scents you're supposed to use; I don't really follow that. For me, smell is connected to memory and emotion. If I smell something and it conjures some sort of memory for emotion, I'll find another scent that brings up the same memory. After I play around with it, I end up with a fragrance that tells a story. My newest fragrance, "8.5," is made of smells that reminds me of go-go dancing. I used to wear cocoa butter all the time to grease myself up, so that's in there. Leather and cigarettes and a bunch of other things that reminded me of those nights also went into "8.5." To me, it smells like going and being out at a big gay bar. I think that's why it resonates with gay men.

Camp: It is not referring to my genitalia. I'm a happy 7.5. [Laughs.] Clearly the name is meant to be suggestive, but I chose "8.5" because it suggested a few things. The Fellini film 8½ is one of my favorite films; it's raw and sexual, and it reminds of the scent. 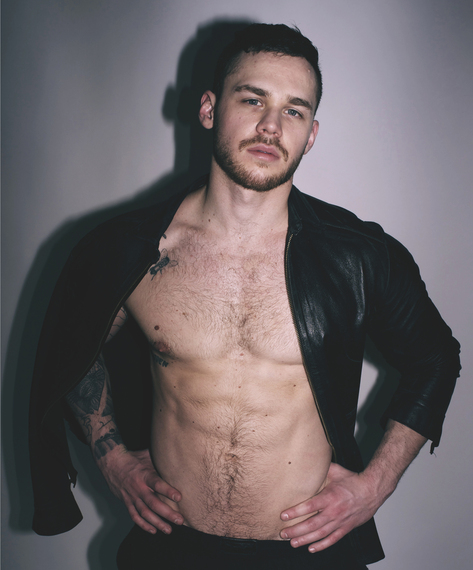 Miner: Tell me a bit about your dancing.

Camp: I danced forever. I started at the club 20 VIP, which is a strip club with lap dances and everything. I learned so much at that job. I learned how to socially manipulate people into giving me money, which was very useful when I started go-go dancing -- and the rest of my career too, I guess. [Laughs.] When I go-go danced, I actually danced. I miss performing. I don't necessarily miss being in my underwear all the time, but I miss being on a stage. It's not necessarily the attention I miss; it's the performing. When I was dancing at Boy Box at G Lounge, I would do these striptease numbers. One night I had a diaper on that was filled with chocolate pudding. I danced around like a baby, took the diaper off, then had a friend lick the pudding out of my ass. They asked me not to do that performance again. I said, "Why not?! This shit is amazing!" [Laughs.] People had the best reactions. Stuff like that was really fun to do. 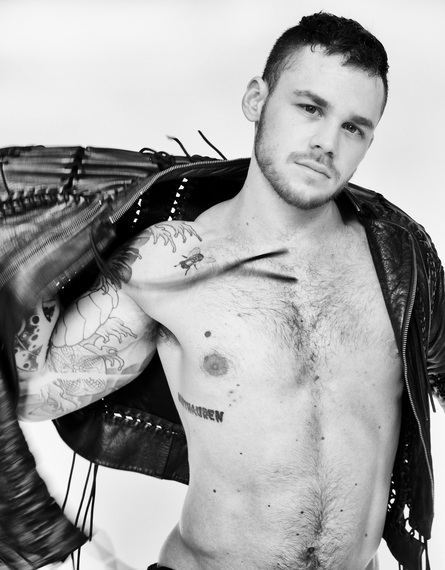 Miner: I can see why you did so well at go-go dancing. Your body is ridiculous. There are a bunch of nasty things said and written about gay guys who go to the gym frequently. Do you have any comment?

Camp: I can't speak for an entire group of people, but [going to the gym] keeps me sane. I like to work out because it makes me feel good. My body actually hurts if I go more than four days without working out. I need to go and work out. I'm addicted to the chemicals my body produces when I work out. So I guess I don't fucking care what people think. [Laughs.] But seriously, it keeps me sane. I'm probably a little agoraphobic; I won't leave my house for much, usually just work or the gym or grocery shopping. So for me, going to the gym gives me the opportunity to leave my house and do something that feels good. It gives me the opportunity to be social without drinking or stuff like that. I'm trying to streamline as much as I can so it works for me.

Miner: Do you bring the same streamlining philosophy to your work?

Camp: Definitely. I've had a few people tell me I should start mass-producing my stuff. I'm not against that, but right now that's not how I measure success. [Mass production] would unnecessarily complicate my work, because I'd end up trying to fulfill too many people's desires. The way I work now, I have full control. My designs are mine. I look at my leather pieces as one-of-a-kind pieces of art that I make for one person. My typical client is a collector and the type of person who wears a leather jacket all the time; it's part of their lifestyle. We collaborate, and the end product is totally unique.

Miner: My job is to make sure we talk about gay stuff at some point. Do you think your need to control your leather pieces comes from being gay?

Camp: I don't know. When I was reading Stitching a Revolution, I realized gay people used to be total outlaws. They were outsiders and forced to create their own community that included really-fucking-cool cultural phenomena like drag queens. You don't see that as much now. A lot of gay culture is becoming homogenized and acceptable, which isn't a good or a bad thing. (I don't believe in the ideas of "good" or "bad.") I see both sides. We're losing that outlaw thing, but it does make it easier for people to come out and also maybe makes [winning] equality easier. I guess I'm trying to say: Fuck it! Just be yourself. Who cares if you're gay or straight? You don't need someone else's approval to do what you want. Do what makes you happy and healthy. It's about self-improvement. 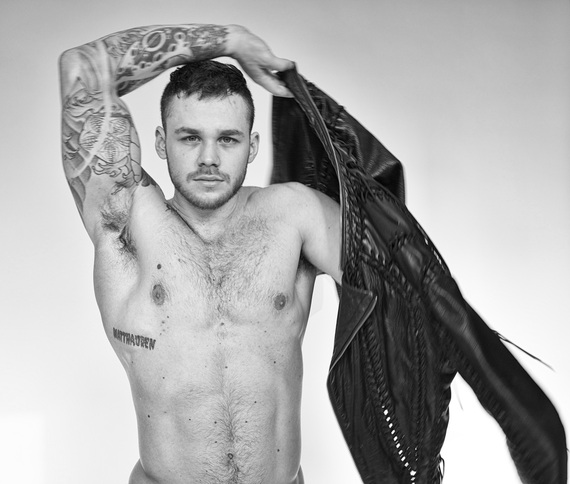 Matthew Camp Discusses His Go-Go Past, His Fashion-Design Future and the Power of Smell (NSFW PHOTOS)
Matthew Camp (NSFW) 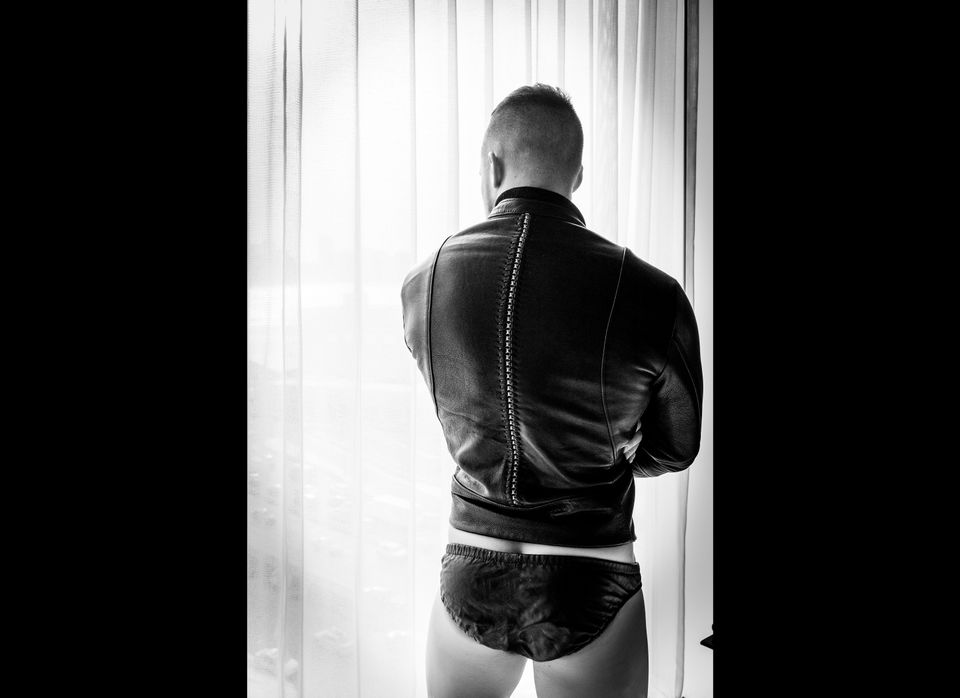