A Mississippi man shot a strange creature he believes to be a chupacabra -- a legendary creature that most experts believe to be nothing but a myth.

"My neighbor said the creature had killed three of his chickens," the 28-year-old told The Huffington Post. "I thought it was a coon at first."

That opinion changed after he saw the bizarre animal's red glowing eyes.

"This one just wasn't lunging. He was down like a cat," Harrell told WJTV-TV. "When I was standing right yonder, he hit right here. And I was seeing the teeth and red eyes. It looked like he was going to jump down there and i didn't give him the chance."

The animal Harrell shot is almost without hair and its nails are longer than what most dogs would have on its paws.

It's unlike any other creature seen in the area.

Harrell and his neighbors believe the animal is a chupacabra, a so-called mythical creature that allegedly kills animals and then sucks their blood.

However, local animal officials told WJTV that it's probably just a mangy dog or coyote.

One person who believes Harrell is Phylis Canion, a nutritionist from Texas, who has a similar creature preserved in her home that she calls a "Texas Blue Dog."

Her creature weighs around 40 pounds and has steel blue eyes, a snout with an overbite.

Canion says DNA tests conducted by UC Davis suggest the animal is a hybrid of a coyote on the maternal side and a Mexican wolf on the paternal side. But she believes it might be an entirely different species.

Canion's creature is notable for two strange pouches on the both sides of the tail, something that Harrell's doesn't have, she was told.

"They told me it was a female and I thought, 'Wow, maybe that's why it didn't have nodules," Canion told HuffPost.

She is willing to pay for DNA tests for Harrell's animal, but worries that the animal may decompose before she can get a proper sample.

"I talked with his grandmother and she said he had thrown it away," Canion said.

Harrell admits he has tossed the chupacabra corpse away, but that he did save some body parts for science.

"Auburn University called up wanting a sample," he told HuffPost. "I saved a jawbone with teeth, and cut off the ears and toenails. That's all I could stomach." 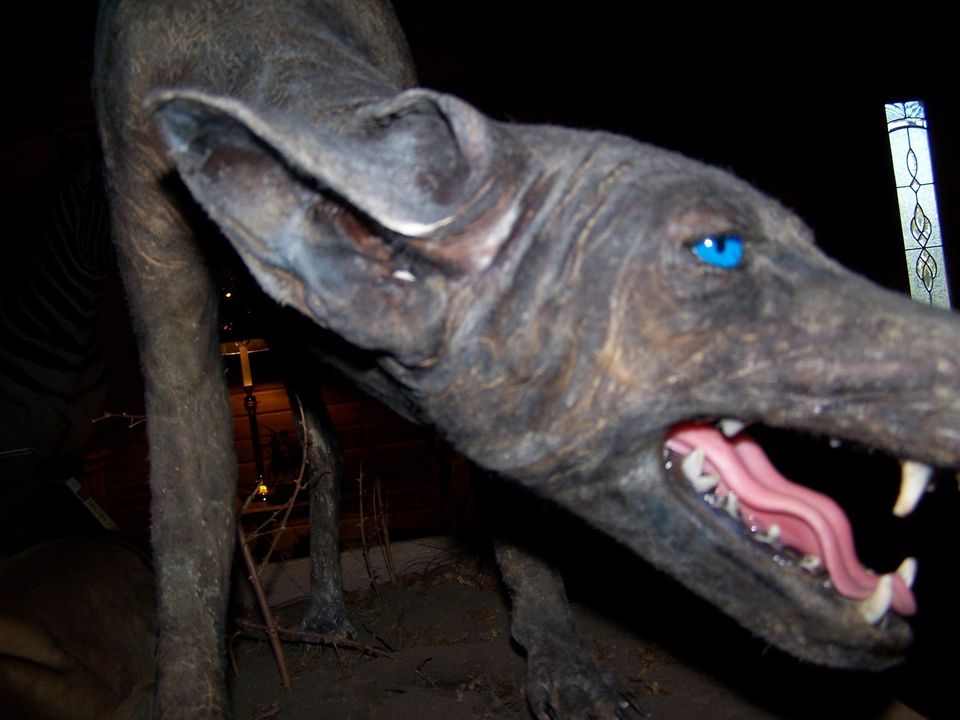