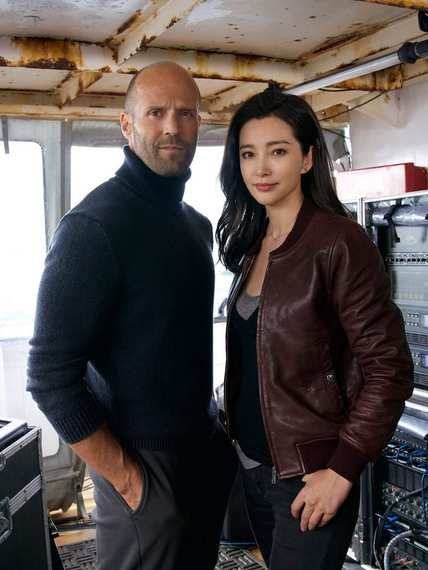 My wife and I have spent the last three days preparing for a CAT-3 (4?) hurricane and the past five hours closing our hurricane shutters which, having not been opened in eleven years, have been a little uncooperative. We did complete the usual "sky is falling" preparations, i.e. buying an assortment of foods we'd have to be starving to eat, purchasing an abundance of cheap bottled water (the designer brands are usually left untouched), then standing in long lines in grocery stores and at the gas pump while time ticks down and the local and national media continues its round-the-clock coverage of Armageddon.

For now, my world consists of a solitary rusted lock preventing me from closing a bathroom storm shutter. This doesn't sound like much, but in a really bad storm you want to maintain a seal or else the pressure differentials can blow off your roof. Back in 2004, our community discovered this to be true when Hurricane Frances exposed hollow areas along improperly cemented roof spines and the wind basically blasted all the tiles apart.

I've squirted enough graphite and WD-40 into the lock to lubricate a Boeing 757, but the keyhole remains blocked.

I write thrillers for a living... Jason Statham plays the hero in the movie adaptation of my first book, MEG... what would he do in this situation? Probably kick the damn lock open, but that doesn't help me...

Using a paperclip, I spend twenty minutes working the lock, quickly realizing I'm no Houdini or Tom Cruise. I am, however, resourceful. Locating some rope, I thread it through the hole where the lock's bolt is supposed to go and use it to batten down the other half of shutter before snaking it under the window, which shuts and locks but doesn't seal.

No worries - like most men I am never without a roll of duct tape. Five minutes later the window is sealed, and though half the bathroom walls are now covered in graphite... Victory is Mine!

A neighbor reminds us to fill the bathtubs; if the power goes out we'll need the water to flush: "If it's yellow be mellow, if it's brown flush it down."

Nothing left to do now but wait for the storm to hit.

When it comes to elections and hurricanes there is an overabundance of coverage. Don't get me wrong - information is vital, but when you have to fill 36 straight hours the story angles often get ridiculous - from a guy lurking outside a hotel at midnight, "they have two rooms left - better hurry!" to a reporter standing next to a gasoline pump at 2 AM in the middle of the storm... "I'm here at this service station which has gas and no lines. Of course, we're the only ones out here. There is an attendant who is locked inside the convenience store."

Might as well have added, "in case you want to rob him."

More insane was Shep Smith at FOX News yelling at millions of Floridians Thursday afternoon to evacuate. "This moves 20 miles to the west, and you and everyone you know are dead -- all of you -- because you can't survive it. It's not possible unless you're very, very lucky, and your kids die, too."

Brilliant. Let's all shlep into our cars with our one full tank of gas and crawl bumper-to-bumper up Interstate-95 or the turnpike to Orlando so 80 mph gusts can "hit us in the Hinddddd." (see Howard Stern). Floridians know that the only ones who need to evacuate are those living on the barrier islands or in trailers. Hey FOX, do us all a favor and make sure this dope doesn't cover the next asteroid pass. "This moves 230,000 miles to the west, and you and everyone you know are dead - evacuate the planet now!"

So what happened? Some communities lost power, but for the most part, our preparations paid off... and (so far) we got lucky. By 2 AM the worst was over; by 8AM the local election commercials were back in force (ugh... the break was nice) and once more the Kardashians were dominating internet news blurbs as the "act of God" continued north to the Carolinas.

It always amazes me how these natural disasters bring out the worst and best in people. The worst happens when the frenzy begins - a boiling pot stirred by the media, "store shelves are bare; gas stations are out... will your family starve?" The reality - neighbors always help neighbors, volunteers help the indigent and lost, and the police provide their welcomed presence. Yes, there will be damage... sadly, even death. But by working together and not every man for themselves Americans prove to the rest of the world that we can get through even the worst of times. Even all that food we rushed to purchase can be donated to the needy.

"Act of God?" I guess that really comes down to a matter of perspective.

God bless to everyone who was impacted by MATTHEW!