After his close friend died from a rare cancer, Matthew Loddy immediately raced into action.

The 46-year-old British businessman, who had no previous running experience, set out to complete 100 marathons, in 100 days in honor of his buddy Phil Latham who died from stomach cancer, NBC reports.

Three hospital stints and 2,620 miles later, Loddy completed his journey on Sunday when he crossed the finish line in London.

The father of two told the Daily Mail that the inspiration for his journey came from talks he had with Latham in the hospital.

When his friend’s health was improving, Loddy and Latham talked about participating in a charity walk for young cancer sufferers. But when Latham’s condition took a turn for the worse, Loddy made a promise to complete their mission –- and take it thousands of miles further.

"What's going to happen with this sponsored walk? [I] I'll have to do it myself," Loddy joked to his friend before he passed away, according to the news outlet. "Then I changed it to 100 marathons in 100 days finishing in England.'”

Loddy started his journey in Portugal and made his way through Spain and France, NBC reports. In addition to clocking in 2,620 miles, Loddy hopes to raise 100,000 pounds for the Teenage Cancer Trust, a charity that aims to improve the quality of life for young people battling cancer and St Francis Hospice in Berkhamsted, where Latham was treated before he died in 2010 at age 36, according to Loddy's fundraising site.

“I'm immensely proud of Matthew's commitment and absolute guts,” Latham's widow, Karen, told the Daily Mail. “Phil would be so proud of what Matthew is doing not only in his name but in that of our daughters Holly and Evie.”

At 3:09:33, according to his fundraising site, Loddy’s final marathon of the tour was his fastest yet.

Learn how you can help Loddy complete the charity portion of his mission here.

To see more inspiring photos of Matthew Loddy as he completed his 100-marathon journey, click through the slideshow below. 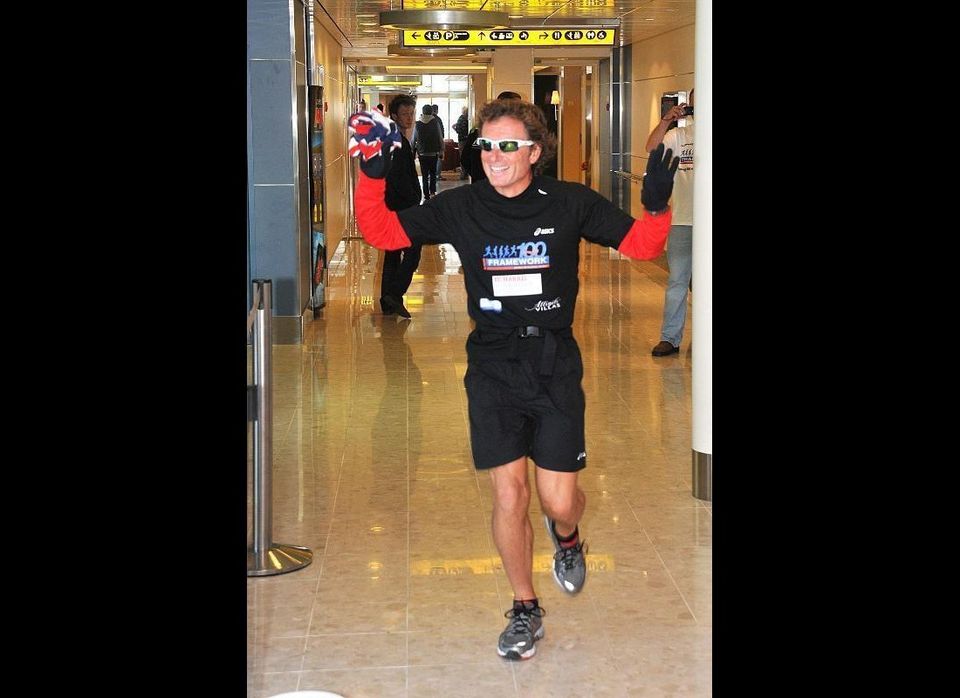 1 / 5
Man Runs 100 Marathons In Honor Of Friend
Matthew Loddy, 46, had never run a marathon before embarking on his challenge to complete 26.2 miles every day, 100 days days straight, in honor of his friend who died from cancer.
Facebook