Even after 16 years the name and story of Matthew Shepard, whose murder, carved into American history, represented a watershed moment that forever changed the conversation about the LGBT experience, not only still resonate but continue to have an impact.

When Matt died in 1998, I was an advocate working for GLAAD. My story and my connection to his death are well documented, most recently in a TEDx talk at Claremont College. The memories and lessons of all I have ever done in relation to Matt's death, and of all subsequent work I've done with regard to hate crimes and so many other issues, inform, inspire and motivate me every day. Legacy.

My experience changed me forever and carries with it a deep responsibility to continue to tell the stories of LGBT people. October is forever bittersweet for me: I celebrate National Coming Out Day with both pride and painful memories of being in Laramie and mourning Matt's death with his friends and fellow students and community advocates, not only bearing witness to moments that were shared around the world though the media but knowing that, in the best way we could, we tried to ensure that the media coverage was as fair and accurate as possible. Legacy. 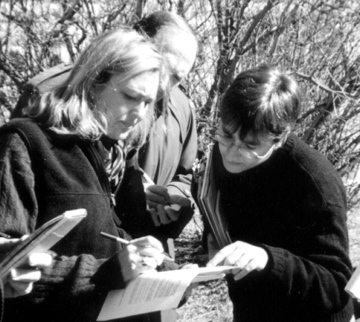 As Dennis Shepard said at Russell Henderson's plea bargain hearing (Henderson is one of Matt's killers, now spending the remainder of his life in prison), "good is coming from evil." And after 16 years that good continues. Yes, his murder sparked a national conversation not only about hate crimes but about LGBT lives in general. Yes, it began a process where our experience as LGBT people suddenly had more context in the broader culture. (It followed the coming out of Ellen DeGeneres in 1997, making the late '90s a very influential time for the cultural visibility of LGBT people.) In October 2009 I stood feet away from President Obama at a reception following the signing of the Matthew Shepard and James Byrd Jr. Hate Crimes Prevention Act. Legacy.

And in 2014 we have only seen Matt's legacy expand in scope and grow in influence. The Matthew Shepard Foundation's work has gone international, with Matt's parents, Dennis and Judy, traveling the world to "erase hate" and promote human rights for all. The foundation's work with young people is some of the most sophisticated youth-focused LGBT work being done. Moisés Kaufman and the Tectonic Theater Project's 2000 play The Laramie Project (which was followed by an epilogue, The Laramie Project: Ten Years Later, in 2009) continues to be one of the most performed plays in America and has sparked an amazing online community. And the recent release of the documentary Matt Shepard Is a Friend of Mine gives us an entirely new way to see and know Matt: beyond the headlines, in the voices of Matt's friends and family. Seeing video footage of Matt in this intimate chronicle of his life prior to 1998, and hearing the voice of this young man who changed my life without ever knowing me, struck me to my core.

Another thing Dennis Shepard said directly to Russell Henderson at that hearing in 1999, with most of us in tears as we watched a father bare his soul with compassion and anger, was this:

I would like nothing better than to see you die, Mr. McKinney. However, this is the time to begin the healing process, to show mercy to someone who refused to show any mercy. ... Mr. McKinney, I'm going to grant you life, as hard as that is for me to do, because of Matthew. Every time you celebrate Christmas, a birthday, or the Fourth of July, remember that Matt isn't. Every time that you wake up in that prison cell, remember that you had the opportunity and the ability to stop your actions that night. ... Mr. McKinney, I give you life in the memory of one who no longer lives. May you have a long life, and may you thank Matthew every day for it.

I am not sure about Henderson, but I know I thank Matt -- and his family -- every day, for very different reasons. We all should. That is his legacy, and it is one that will continue forever.