Warning: Video and article content may be considered graphic and disturbing to some readers.

In the early morning hours of October 8, 1998, Judy and Dennis Shepard received the phone call that would change their lives. Their 21-year-old son, Matthew, had been injured "in an accident." Judy and Dennis were in Saudi Arabia at the time and were desperate for answers as they rushed to the Wyoming hospital to see their son. Was it a car accident? How bad was it? Would Matthew survive?

He would not. But in those first harrowing moments, Judy and Dennis were clinging to hope that their son would be OK. As they hurried to Matthew's bedside, headlines started to spread across the country -- Matthew, an openly gay college student, had been abducted and brutally beaten by two men who tied him to a fence and left him for dead.

The brutality of the crime shocked the world, but no one was as shocked as Judy and Dennis. As Judy tells Oprah in the above video, stepping foot into Matthew's hospital room for the first time was something for which she never could have prepared.

"I actually wasn't even sure it was Matt. He was just so disfigured and swollen, stitches all over his face," Judy recalls. "As we got closer, there [are] things you see -- his braces, for one thing. You can't mistake those. And one eye was partially open. The twinkle of life that you expect to see wasn't really there... That was not what we expected."

Five days after suffering the brutal beating, Matthew passed away. It's been more than 16 years since his death galvanized the country and thrust his parents onto the front lines of a fight against bigotry, but even now, there are places Judy cannot let her mind go. She is still unable to think about the horrific details of the crime and what actually happened to her son on that awful night.

"I can't do that. It's just, it's unfathomable that someone could be so cruel and do that level of violence to another human being," Judy says, as her voice breaks.

Those details are indeed disturbing. Matthew's attackers, Aaron McKinney and Russell Henderson, had pretended they were gay, lured Matthew from a local bar and drove him to a deserted field. They tied the college student to a split-rail fence and beat him with the butt of a pistol 18 times, crushing his skull and rendering him unconscious. Bloody and battered, Matthew remained tied to the fence in near-freezing temperatures for almost 18 hours, until he was found by a passing cyclist who mistook him for a scarecrow.

During the trial of Aaron McKinney, the Shepards chose to recommend that their son's killers get life in prison instead of the death penalty. Why show the men such mercy?

"It's [a decision] that Judy convinced me was the right one. I, personally, from the way I grew up, would rather see them fry. Both of them," Dennis says. "But she was right in that we had to stop it somewhere."

"I don't know if 'mercy' is really the right word," Judy adds. "I mean, he was Matt's age. He was in his early 20s, and he's in prison forever. Two consecutive life sentences, so he'll never get out. Neither one of them will ever get out."

Though the Shepards cannot bring themselves to think about the details of how Matthew suffered, there is one pain that they have let themselves feel fully: the heartbreaking loss of their oldest son. It's a feeling that never goes away.

Where Are They Now? OWN Video Own Oprah Winfrey Network Matt Shepard Is A Friend Of Mine 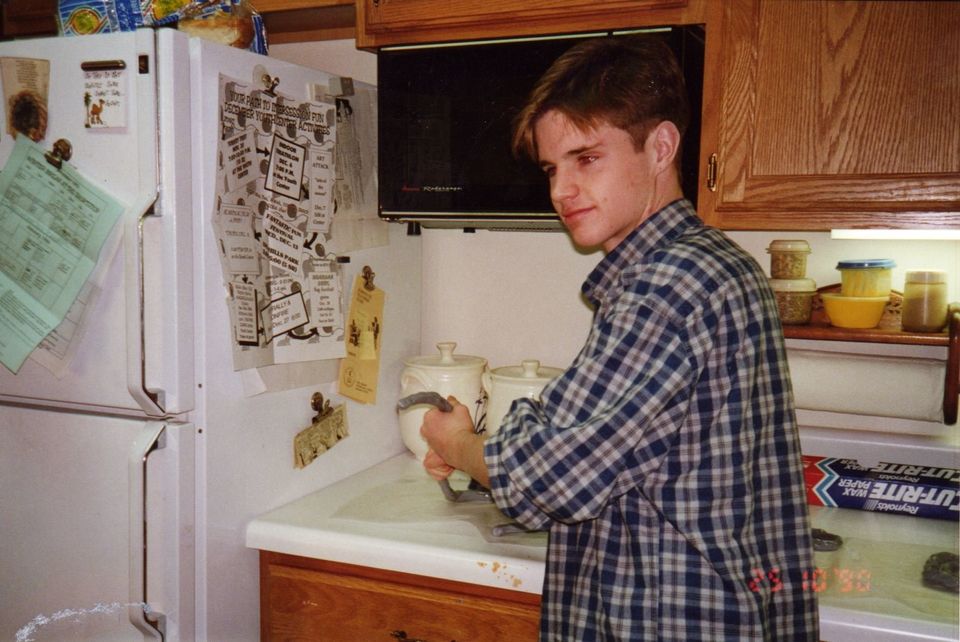 1 / 10
Oct. 6, 1998
Shepard -- then a 21-year-old student at the University of Wyoming -- enters the Fireside Bar in Laramie at about 10:30 p.m. Shortly afterward, Aaron McKinney and Russell Henderson, also both 21, enter the bar, and eventually offer Shepard a ride home.
Courtesy of the Shepard Family