The fake spike won't be associated exclusively with Dan Marino anymore. Nearly 19 years after Marino stunned the New York Jets at the Meadowlands, Stafford caught the Dallas Cowboys unawares with a game-winning touchdown plunge after signaling that he would spike the ball to stop the clock.

"I was yelling that I was going to spike the ball," Stafford told reporters after the Lions' 31-30 win, via The Associated Press. "But their linebackers were just standing there."

With the Lions trailing 30-24 and time ticking away in the final minute of the fourth quarter, the Detroit Lions quarterback completed a 22-yard pass to wide receiver Calvin Johnson. That play advanced the ball to the Cowboys' 1-yard line but the seconds were steadily falling off the clock as the Lions' offense frantically rushed to the line of scrimmage. Gesturing to teammates and coaches as he ran up the field after the completion to Johnson, Stafford appeared to signal that he would spike the ball on the upcoming first down play to stop the clock. The Cowboys appeared to be expecting Stafford to spike it.

The 25-year-old who grew up in the Dallas area took the snap and then plunged forward. He reached the ball over the crowd of stationary linemen to score the game-winning touchdown with just 12 seconds remaining.

The daring touchdown reach leveled the score at 30-30 and the ensuing extra point gave Detroit the shocking 31-30 triumph. It also ensured that Marino's famous deke against the New York Jets in 1994 won't be the only fake spike play NFL fans remember. 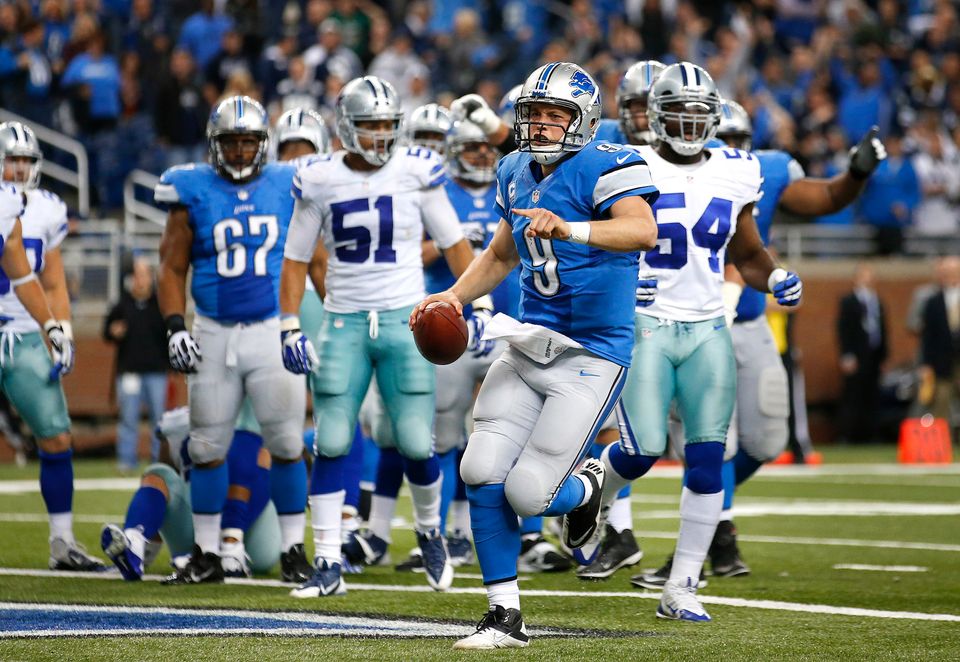