Sharing stories and reading old letters often helps Lisa Freeman grieve for her son, Matthew, who was killed in action while serving in Afghanistan.

But the Georgia mom knows that holding onto something more tangible, something that was closely connected to her child, can bring even more comfort, which is why she decided to turn fallen servicemen’s uniforms into something that can make mourning family members smile.

Matthew knew from the time he was 4 years old that he would join the Naval Academy, his mom told CNN. 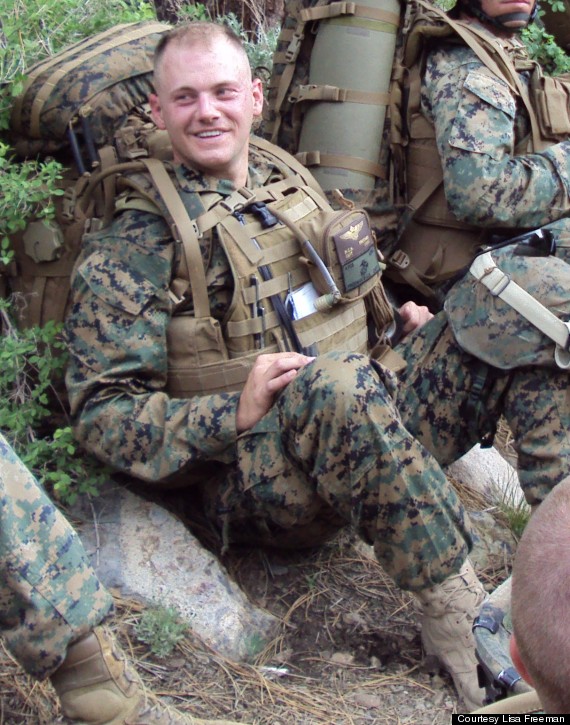 The honor roll student and former Eagle Scout followed in his father’s footsteps, graduated from the Naval Academy in 2002 and took his commission in the Marine Corps, The Huffington Post reported back in 2012.

Just nine days into his service in Afghanistan in 2009, after he had gone home for a secret trip to marry his high school sweetheart, the 29-year-old succumbed to enemy fire.

Though it’s been five years, Freeman told CNN that the pain is often still so "raw." 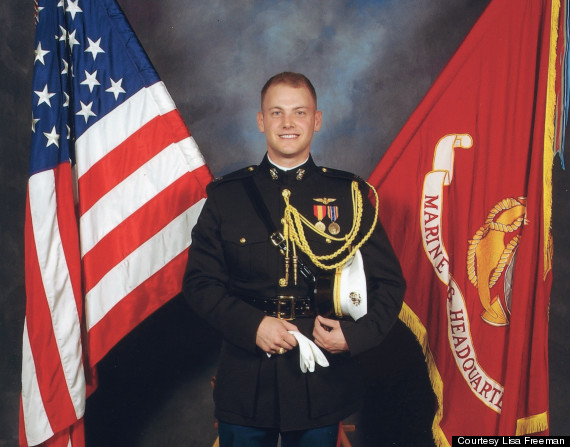 To help honor her son’s memory, Freeman established the Matthew Freeman Project, a nonprofit that provides school supplies for children in war-torn countries and gives scholarships to siblings of fallen soldiers.

Freeman recently added another component to the organization, turning fallen servicemen’s uniforms into teddy bears to help comfort family members who have lost relatives in combat. 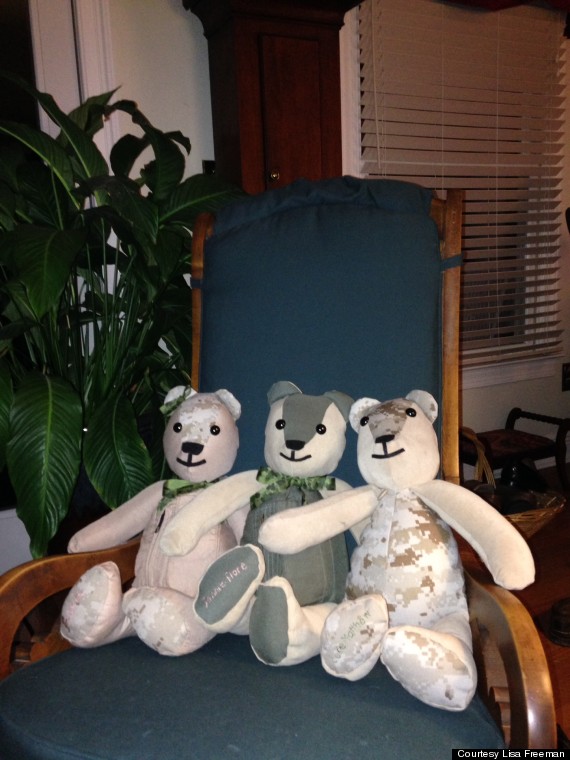 For the recipients of these bears, being able to hold onto something that is connected to their relatives’ life missions offers some relief.

Freeman recently made three bears for the nephews of Army Spc. Shannon Chihuahua who, according to Corpsman.com, died in 2010 while serving in Afghanistan.

"When my kids are grown and older," Jessica Frausto, Chihuahua’s sister, told CNN, "even for me, it’s something that we’ll always have."

Learn more about "Matthew Bears" and how you can support a grieving military family here.