Last week we introduced you to Dot Robinson, 1940s biker chick and all-around badass. This week's awesome vintage lady is Maud Wagner, one of the first female tattoo artists in America. 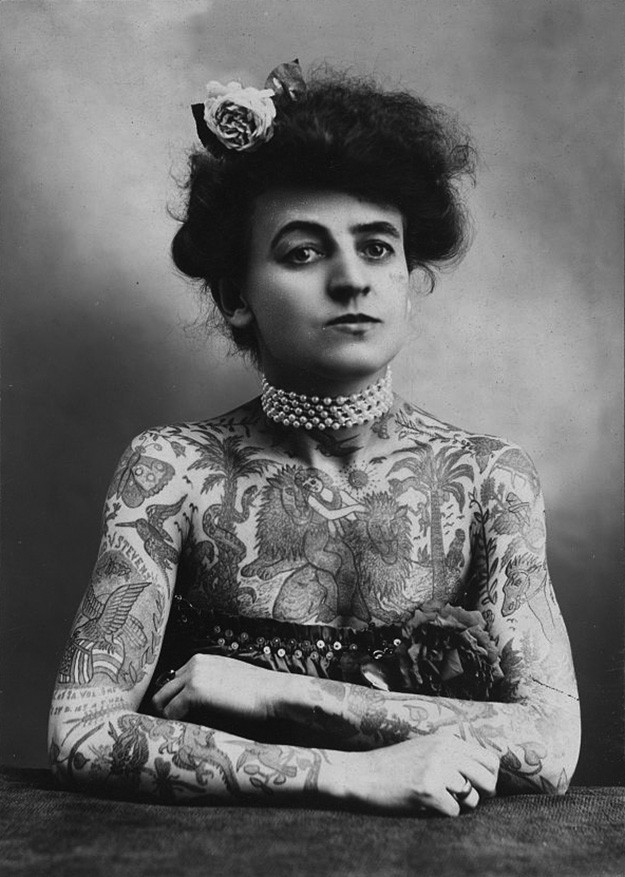 According to the New Yorker, Maud traded a date with Gus Wagner, her husband-to-be, for tattoo lessons.

Gus and Maud were circus performers -- Maud was an aerialist and contortionist. Just us, or is their story a novel waiting to happen?

Maud Wagner, Female Tattoo Artist, Shows Off Her Ink In The Early 1900s
Iconic Images Of Women Throughout History