Many Catholics in the Philippines performed a particularly intense form of penitence on Maundy Thursday as part of annual Holy Week observances that involve self-flagellation.

Though Catholic bishops have officially discouraged the practice, devotees perform this penance as a form of supplication and worship, many believing that it will cleanse sins, heal illnesses, and even grant wishes, according to Reuters.

Photos here- warning, they are graphic: 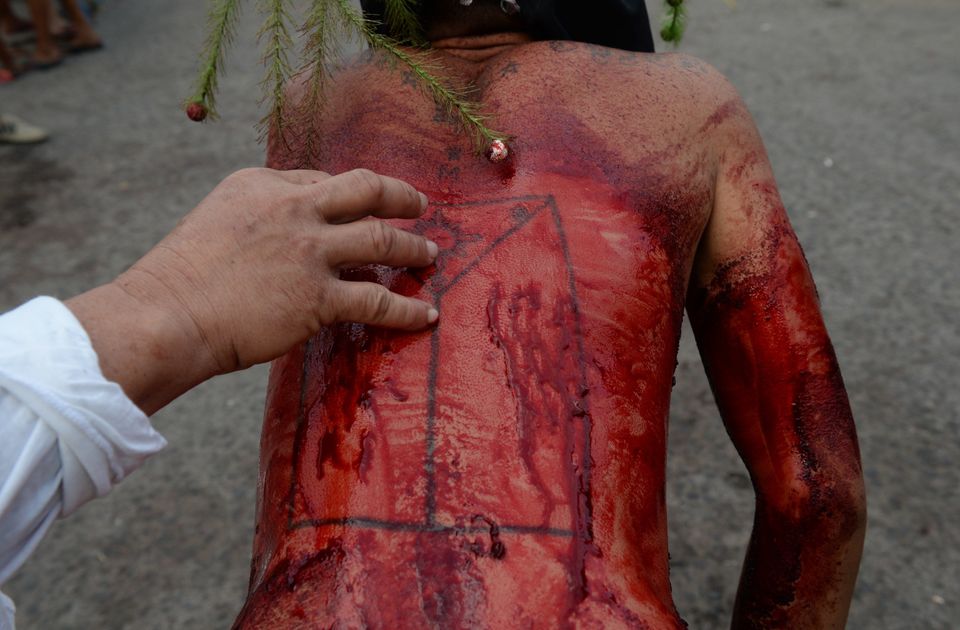 1 / 42
A penitent has his back cut prior to flagellation as part of Lenten observance in Angeles City, Pampanga province, north of Manila on April 17, 2014. The dominant Roman Catholic church does not condone flagellation and other extreme acts of penitence including gory Good Friday reenactments of the crucifixion of Jesus Christ, but devout Catholics say it is a means of atoning for their sins and to implore God to spare them and other members of their families from illness or bad luck. AFP PHOTO/TED ALJIBE (Photo credit should read TED ALJIBE/AFP/Getty Images)
Getty Images