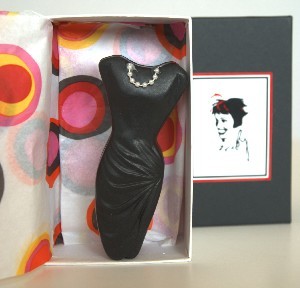 A woman and an African American fighting for the Democratic nomination is evidently giving Ms. Dowd heartburn this morning.

Yeah, that all white man party really's got us this time.

People will have to choose which of America's sins are greater, and which stain will have to be removed first. Is misogyny worse than racism, or is racism worse than misogyny?

The Democratic party is breaking barriers, which is never easy, especially when you take on two at once. But "historical guilts?" Fault lines, for sure, but breaking barriers and extending possibilities is what we do. Surely Dowd can get her brain around that one without tripping on her bra strap.

The other question is just who is giving women a hard time for supporting Obama?

As a woman I know put it: "Hillary doesn't make it look like fun to be a woman. And her 'I-have-been-victimized' campaign is depressing."

But Hillary -- carried on the padded shoulders of the older women in Texas, Ohio and Rhode Island who loved her "I Will Survive" rallying cry that "I am a little older and I have earned every wrinkle on my face" -- has been saved to fight another day.

Women who stand above the firing line while drawing it obviously don't get that it's not about being "victimized." It's about being treated differently than men, especially in the traditional media where doyens of delusional daintiness like Dowd hold court to decide what woman meets her feminine test; the one where women don't measure up to the men in power they prop up. But considering Dowd is likely one of those women still wearing pearls with black, it's unlikely she'll get that bitch gets it done and requires none.

Or as Tina Fey so aptly put it, bitch is the new black. Shoulder pads not required.

One woman who was 101 years old said in the Texas forum that she voted for Clinton because she was a woman. But most of the people I know are voting for Clinton because of competency and her depth of knowledge on the issues, which has been on display for over a year now. Just ask the military flag officers supporting her. Perhaps Ms. Dowd could have noticed that if she'd put down the mirror and quit asking the who's fairer question.

Walking away from the 1950s is also required in order to realize that Democrats are bringing the entire country into the 21st century by our choices, whether the "Leave it to Beaver" crowd is ready or not. The fact that this isn't Bill Clinton's race and Monica Lewinsky wasn't Hillary's fault is also something Dowd can't quite accept. Trying to hoist that wingnut drivel once again to see if it can make it 'round the turn one more time, using it in a closing line.

The crowd held up their camera phones to capture the former president, in his bright orange tie and orange-brown ostrich cowboy boots.

"We love you, Bill!" yelled one boy. "You did a good job, except for Monica."

Not everything Hillary is about Bill, just ask any woman voting for her; though Dowd's nostalgia for the '90s is touching.