A Detroit activist and a TV reporter got into a shouting match on MSNBC Tuesday as they discussed how thousands of the city's residents have been left with no water.

In March, the Detroit Water and Sewerage Department announced plans to stop water service for customers who were behind on their bills; since then, it has shut off water for more than 12,000 people, according to The New York Times. The United Nations weighed in, with a trio of experts saying shutting off water to those who can't afford it "constitutes a violation of the human right to water."

Hank Winchester, a reporter for Detroit's local NBC affiliate WDIV-TV, appeared on "MSNBC Live" Tuesday morning to discuss the water shutoffs with anchor Craig Melvin. He noted that the department would work with people who could not afford their bills and then claimed, "There are other people, and this is where it gets controversial, who simply don't want to pay the water bill, who would rather spend money on cable. ... A lot of these people are not willing to work out a deal [with the water department]."

"Let me say shame on Hank, shame on him for putting that lie and that mess and that disinformation out on the air. To suggest that people don't want to pay for a water bill is scandalous," Taylor said. "What is at stake here is that there are tens of thousands of low-income families who cannot pay rising water bill costs... and we've got these reporters out here like this guy that's standing on the side of people who have money."

Watch above to see Taylor continue to press Winchester during the MSNBC segment, which ended with her parting shot: "The next time you invite me to be here, let's have some truth and a fair exchange as opposed to Hank who doesn't know what the hell he's talking about."

Some viewers blasted Winchester on Twitter for his description of non-paying Detroiters. He responded to one user's criticism, saying, "We are fairly reporting both sides of this issue."

About 40 percent of Detroiters live below the poverty line. People who cannot afford water in Detroit -- where water rates are above the national average and went up another nine percent on July 1 -- are receiving more assistance since the shutoffs gained national attention. Donations of water have poured in to the city, with groups like Gleaners Community Food Bank making water distribution a priority. The water department said its new $800,000 assistance program for low-income customers was being launched Monday, according to MLive. And U.S. Rep. John Conyers (D-Detroit) said Monday he would encourage Obama to intervene.

In March, the department said there were 150,000 delinquent customers -- nearly half of the utility's total. More than half of customers who receive shutoff notices pay within a day or two and have their service restored immediately, according to officials.

Activist Fights With Reporter On Air, Says He Doesn't Know 'What The Hell He's Talking About'
The Ruins Of Detroit 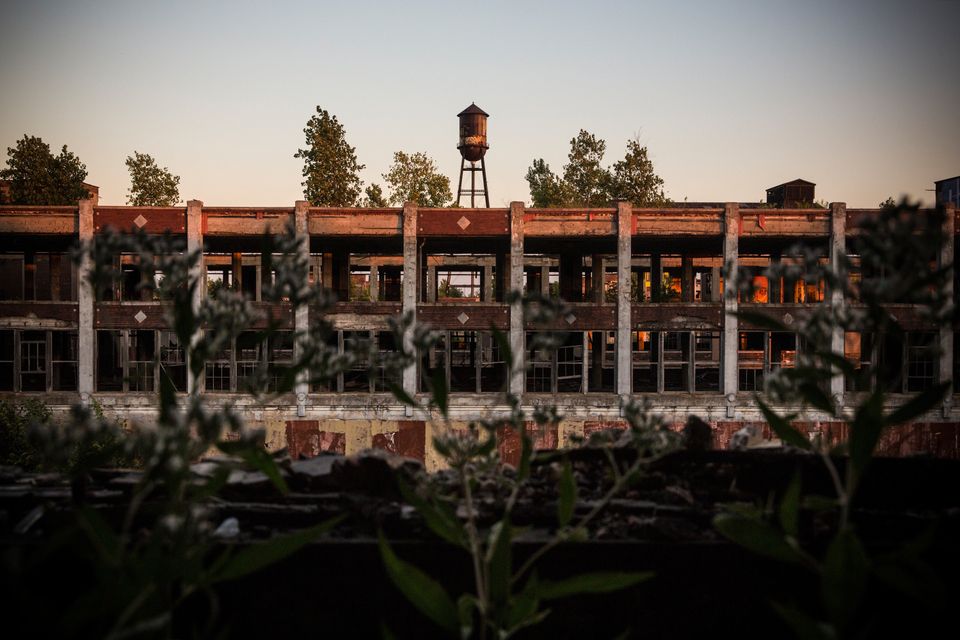 1 / 61
Ruins at the abandoned Packard Automotive Plant are seen on September 4, 2013 in Detroit, Michigan. The Packard Plant was a 3.5 million square foot car manufacturing plant built completed in 1911. Major operations ceased in 1958, though the plant was used in a limited capacity until the 1990s, with outer buildings used through the mid 2000s. Since then the buildings have fallen into disrepair - they are now used mostly for graffiti artists and scavengers. Peru-based developer Fernando Palazuelo purchased the Packard Plant in December. (Photo by Andrew Burton/Getty Images)
Getty Images