Due to the efforts of a group of Brooklyn parents, when PS 118 in Brooklyn opens next September, it will welcome students to a school named in honor of Maurice Sendak. The parents rallied to work with the school administration and the New York City Department of Education to achieve this honor for Sendak, the famed creator of over 100 books who died on May 7, 2013. The announcement comes days after the February 5 release of Sendak's last book, My Brother's Book (HarperCollins, 2013).

The school will be housed in the former St. Thomas Aquinas School in the Park Slope section of Brooklyn and will initially serve 86 Kindergarteners and Pre-K students. The school was created to solve overcrowding at the nearby PS 321 and will eventual serves grades Pre-K through fifth grade.

A group of families who had met during the rezoning discussions decided to focus their efforts to start that new school off to be as successful as possible. They call themselves PS 118 Founding Families and they as a group wanted a great name for their school.

Through a series of email exchanges, the name of Maurice Sendak arose and when the full group of parents met in December, support for the name proposal was unanimous. "It's a testament to Sendak's influence and appeal that there was complete agreement," said Debra Wexler, a member of the group and a parent of a 4-year old daughter. "We all thought that honoring his legacy in this way would create an incredibly welcoming and warm foundation for the school."

In working with the school's principal, Elizabeth Garraway, the name "P.S. 118: The Maurice Sendak Community School" was chosen. They petitioned the New York City Department of Education for the name citing that "Sendak was best known for turning the stereotypical picture book character on its head." After clearing the way with Sendak's estate and working with the City Councilmember, Brad Lander, the process received approval from the Department of Education fairly quickly. 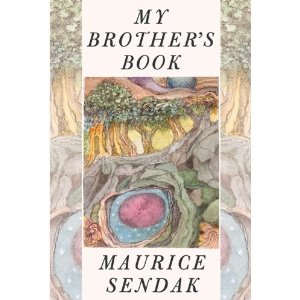 The parent group is continuing to reach out to the Sendak estate to see if they can get permission to use his artwork in the school. "We hope that his work will infuse the school with a joyful atmosphere and spark creativity in our children every day," Wexler told the Huffington Post. They also hope to attract the many children's author and illustrators who live in the neighbor and who find Sendak to be an inspiration. "We hope they will find a home at our school and become part of our community."

This will not be the first school in the United States to be named for the author. In 2005, North Hollywood, CA named an elementary school for Sendak. When this Maurice Sendak School opens it will offer a multicultural curriculum that will prepare children to be flexible and creative thinkers capable of succeeding in a diverse world and that the memory of Sendak will inspire the children as they learn and grow, as their minds open to the world all around.