In July 2015, the Mauritania concluded a new fisheries agreement with the European Union, giving European vessels limited access to one of the richest fishing grounds in the world. According to a recent World Bank study, fisheries make up one quarter of Mauritania's natural wealth, but the waters off the country in north-western Africa are being overfished. Foreign operators pull out the lion's share of the catch - sometimes legally, sometimes not; suspicions of corruption abound. The Fisheries Transparency Initiative (FiTI), a new global initiative launched by the Mauritanian president Mohamed Ould Abdel Aziz, is setting out to change all that. 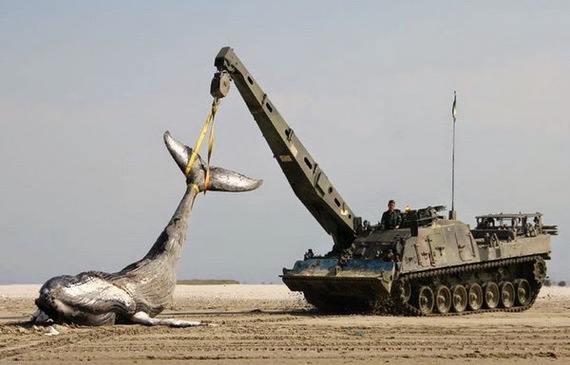 What is the political economy behind all these players and their games? Ad Corten is a Dutch marine scientist who through his consulting company has worked extensively in Mauritania over the past sixteen years, and has written about the dynamics of E.U.-Mauritania negotiations. The E.U. was not really negotiating on behalf of European commercial fishing interests, he claims - but then, neither was the Mauritanian government was negotiating on behalf of its citizens.

In an interview, he gave me a glimpse behind the scenes on both sides of the poker table in the recent Mauritania-EU fisheries negotiations, expounding on how hidden interests trump formally declared negotiation aims, the fishy politics of fish in Mauritania, and the drivers for and against anti-corruption reforms in this resource-rich country where thousands of people go hungry every night. [Note that I did not fact check any of the information or claims made by Ad Corten in this interview.]

Walk into the fisheries ministry and you will see the chaotic way in which things are working, there is no security, beggars walk in and out. In Mauritania, everything is informal, everyone does what he likes, there is no discipline at all, but behind this façade of chaos and indiscipline there are rules and there are decent people. They are good experienced people in the ministry who are quite competent.

It would be unfair to say that Mauritania is a corrupt country that will never work. There are many forces that want to institute sustainable management and I've seen enormous changes over the past years.

What are the countervailing forces opposing reform?

Reforms are against the interests of some people, like the mayor of [the inland mining town] Zouerate, Cheikh Ould Baya, who also acted as the chief negotiator of the recent [July 2015] fishing accord with the European Union.

He's an extremely shrewd person, and he's also very rich. He acquired his wealth during five years as head of the fisheries inspection service, when he appropriated 48% of fines they collected, which according to him was in line with Mauritanian law. Now Cheikh Ould Baya is the second richest man in the country, which gives him enormous influence. He is a councillor of the minister of fisheries, and has a huge influence on fisheries policy and beyond. When the president is tired, he goes to his [Cheikh Ould Baya's] ranch to relax. He retains commercial interests in the sector, he owns several fishmeal plants in [the main port city of] Nouadhibou; an army general owns another.

This is really the bad guy, and FiTI is against his interests.

Small pelagic fish like sardinella are the most important fish for the country. During the 2012 negotiations [with the EU], Cheikh Ould Baya demanded that fishing limits for all foreign trawlers be extended to 20 miles from shore, up from 13 miles. This was not based on scientific advice, though it may be a good idea in principle. He had a personal interest in the extension as it would have kept the foreign ships at greater distance and left far more sardinella for his fishmeal plants in Nouadhibou.

Another example: the new Ministry of Fisheries management plan for small pelagics says Mauritania should set quotas, including for the fishmeal industry, and that fishmeal should get low priority and food security high priority. But during this year's EU negotiations, Cheikh Ould Baya claimed there was no management plan, so apparently he is not keen on getting that plan implemented. He may be stronger than the minister himself.

What are the real-life effects of this policy capture?

People in Mauritania until very recently were not used to eating fish, they ate camels and sheep, so in the past EU vessels used to ship their catch to Nigeria or Ghana - which Mauritanians could not do - where it was used for human consumption [inside these West African countries]. Now, these fish are being processed into fishmeal and exported to Russia and China [mainly for use as animal feed].

The owners of the fishmeal factories are the ones who get the money, there is not much benefit for the country in terms of taxes and employment. This development was stimulated by people who had a personal interest in this industry.

On the European side of the negotiating table, what interests were at work?

Mauritania is very important fishery country. The prices the EU agrees to pay for access rights in its fisheries agreements is far above market value. Why? My guess is that Mauritania is a strategic state, we are and we want to stay good friends.

In 2012, there was great unrest in neighbouring countries, the jihadists nearly taking over in Mali, unrest expected in Senegal with the upcoming elections there. The EU gave in to all Mauritanian demands back then.

What about this year's negotiations?

Now Mauritania is desperate for money because iron prices are low. The EU wanted to give Mauritania money due to strategic interests. The military have a firm grip on the country and combat the jihadists, Mauritania has been quite helpful with stopping [African] migration to Europe. They used the latter as a bargaining chip, a journalist related to Cheikh Ould Baya mentioned this point in an article just before the negotiations began.

Also, earlier this year, there were some bad feelings about the EU in Mauritania because the European Parliament had adopted two resolutions. The first demanded that a prominent anti-slavery campaigner should be released - President Aziz said this was just a fisheries related thing, to send a signal to the Mauritanians. The second resolution concerned the Nouadhibou apostasy case.

The 2015 fisheries deal has nothing to do with the economic value of the fish.

Why doesn't the EU just give more aid instead?

The EU has given that money to Mauritania too easily, without using their financial power to secure more sustainability for the fishing industry. The EU could have demanded that Mauritania implements its fisheries plan, but they have missed the chance. I expect the [July 2015] protocol will be approved by the EU. Well, in four years there'll be another chance.

Who pays the price, EU taxpayers, ship owners or consumers?

The cost is borne by EU taxpayers. European ship owners pay the same for each ton of fish they pull out as those of other nations, like Russia, do.

Once the rules have been set, are they enforced and adhered to?

On one occasion, a Mauritanian agent for vessels from Europe criticized Cheikh Ould Baya for corruption. Two of the vessels on his books were stopped, and the ship owners told to back off from this agent or lose business in Mauritania. They were also told that with the right agent, the 20 mile limit is not an obstacle. That indicates to me that the 20 mile limit is not being enforced in all cases. This is an area where more transparency would really help, to create a level playing field for all vessels from all agents. 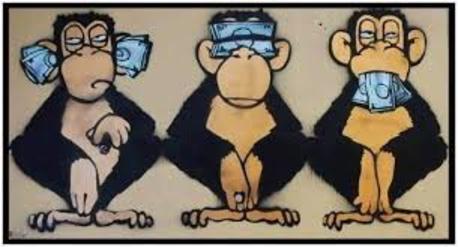 I don't know whether all Europeans are playing by the book. Many vessels are from Lithuania, Latvia and Poland, and some of these are owned by Russian companies that are working through agents that have special relations with the Mauritanian government. But generally, European companies are quite good and playing by the rules.

What about Mauritanian agreements with other countries?

In 2012, Mauritania tried to force same financial compensation it got from the EU on other countries. They all left, because the price the EU was paying was ridiculously high. In practice, the access rights Mauritania charges other countries are only 13% of what the EU is paying.

I think the agreement with Russia is with individual Russian shipowners. I've seen the July 2013 agreement with the Russians, they pay same per ton of fish as the Europeans, on top they pay 100,000 Euros per vessel per quarter year - this was later applied to all countries. The Russians don't get preferential treatment

The Chinese agreement is with a single Chinese company, Poly-Hondone Pelagic Fisheries Co., I think. In return, the Chinese promised to make investments of 100 million dollars over 25 years, that is nothing.

Most factory vessels are not working on Russian or European flags, but flying flags of convenience.

Does anyone know how much fish is really being caught in Mauritanian waters?

Yes. I was involved in a project to improve Mauritania's statistics. They are pretty reliable, I've compared ship statistics with government statistics and they largely match up.

Mauritania needs to set up a proper management system for fisheries, both within the country and with its neighbours. It needs to set up a good research, statistics and surveillance system - that is already progressing well. The bottleneck at the moment is management. I started work in Europe forty years ago, and it took them thirty years to get the systems that they have today in place.

Politically, inside Mauritania, there are many forces that want to institute sustainable management. Most ministries are in favour, so is the national research institute, but it's Mauritania so things are always a bit complicated. They need the green light from the president and his advisor, Cheikh Ould Baya, before they can move forwards. A lot of people in Mauritania are critical of Ould Baya but he is a good friend of the president. I think Aziz is making efforts to run again in 2019, but if Aziz doesn't manage to get the constitution changed, Ould Baya may be the next presidential candidate, he is already giving jobs to supporters and relatives.

There are a lot of people around the president who control large parts of the economy, that's how it works in general and also with fishing. In recent years, the system has become far more sophisticated, the people at the top now become the agents for fishing vessels and secure preferential treatment for them.

What is your take on the new Fisheries Transparency Initiative, FiTI?

FiTI is ambitious but it could work, I'm quite optimistic about it, it's a good initiative though it will probably have limited impact. It's a great idea but it won't change very much. The agreements with countries are not problematic, there's nothing secret there. It's not difficult for the president to make all this public, I think Aziz can deliver on his promise to publish this data.

If President Aziz really wants to make fisheries more transparent, and it's so easy, why hasn't he done so already?

If you have no reason to make these things public, you don't, that's what every government thinks like. The president's ambition to make the fisheries sector transparent should be welcomed. Presumably, he himself doesn't know exactly what is going on in this sector right now. Mauritania is moving into the right direction, gradually the demand for transparency will grow.

[Note to readers: To track the progress of FiTI over the coming months, keep an eye on their Twitter handle. The blog of the Coalition for Fair Fisheries Arrangements features some well-informed commentary and analysis related to FiTI. A recent piece of mine in Foreign Policy takes an in-depth look at FiTI and corruption in Mauritania.]