Ba Aliou Coulibaly is the national coordinator for the pro-transparency group Publish What You Pay (PWYP) in Mauritania, a largely desert country in north-western Africa that is rich in iron, copper, gold, gas and oil - and home to one of the richest fishing grounds in the world. According to a recent World Bank study, fisheries make up one quarter of Mauritania's natural wealth, but Mauritania's waters are being overfished, with foreign vessels pulling out the lion's share of the catch.

I recently spoke with Ba Aliou Coulibaly to learn more about Mauritania's fishy politics, the links between national and international corruption, and transparency in the fisheries sector.

[Note: I did not fact check any of the information provided, or claims made, by Ba Aliou Coulibaly in the course of this interview. For more details on FiTI, see this blog post.] 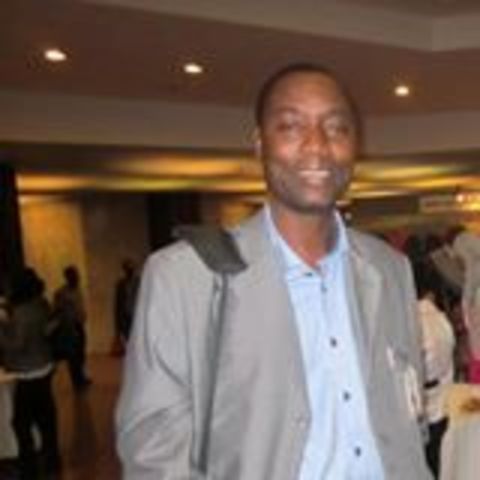 Q: How transparent is the fishing sector in Mauritania?

The information we have on the fishing sector is very limited. The Extractive Industries Transparency Initiative (EITI) process started in Mauritania in 2005 but only concerned extractives and hydrocarbons. The fishing sector has not been fully integrated in the EITI process. We consider the fishing sector to be opaque.

Q: How do you evaluate your government's recent commitment to open its books?

We have been advocating for several years to bring more transparency into the fishing sector, and the government did not listen. But then there was a major international event and the authorities wanted to have something to announce. So far this announcement does not seem to be backed by strong political will.

Q: What has changed as the result of this process?

The announcement [of a new global Fisheries Transparency Initiative, FiTI, made in January 2015] has changed nothing. We have a lot of countries signing agreements with the Mauritanian government without reporting these agreements, and people continue, as in the past, to get fishing licenses and sell them on to foreign businessmen and get a lot of money. It is not easy to [get to] see a fishing contract. On the ground, we are still waiting to see it actually implemented.

In the past it was a very common practice to see the ministers giving licenses to their relatives and friends, and these latter go and sell them to individual companies in Europe. I think this has been done a lot and has made the sector very corrupt, but I don't have any hard evidence.

Q: Can you find out how much foreign governments are paying your government for access to fishing grounds?

Nobody knows what amounts of money the Mauritanian government is receiving from these contracts. Even PWYP has no clear data about the fishing sector.

Q: How opaque are fishing agreements with the European Union?

We know what the EU is directly paying to Mauritania, but we do not know what individual boats pay, as there is no tracking of such boat-by-boat contracts. We suspect a lack of transparency in the monitoring of these agreements. We consider that the Europeans are cheating us because they allow a lot of boats to come and fish, [and] the money they are paying is not proportionate to the number of boats.

Q: Are the Chinese also active in the sector?

A Chinese company has signed a contract with the Mauritania and is currently operating off our coasts. This contract has been denounced by many observers for being opaque. Everyone in Mauritania is concerned because we know how the Chinese boats fish 24/7 and other boats unload their catch on the high seas. The contract was denounced by a lot of members of parliament but it is still running. It is not clear what the Mauritanian national budget is gaining from this contract.

When the Chinese come, they bring something in order to facilitate a deal. It may qualify as assistance but really it is top-level corruption, they formally give it to the government but it goes through other channels. The Chinese supplied a lot of material aid like three-wheeled motorbikes, trucks and cars and other material to Mauritania recently. They do this in order to influence the decision in their favour, pretending to help the local communities, but most of the people considers this a form of corruption that aims to allow this company to fish off our coast. Personally, I think that this is just the visible tip of the iceberg.

Q: Do other countries also give aid in return for fishing licenses?

Many other countries like Spain and Japan fish off the Mauritanian coast, so far there are no clear contracts related to their fishing activities. In return they provide food and development assistance to Mauritania, but these contracts may have hidden clauses for individuals.

Q: Have there been any positive developments?

In 2013, the president froze the agreement with the European Union to put pressure on them and renegotiate. EU boats then stopped fishing off the Mauritanian coast, but resumed in 2015 on the basis of a renegotiated contract, presumably with better conditions [for Mauritania]. That was a major step forwards. We recognize that the Mauritanian government has made some improvements in revising the agreement with the EU and agreeing to make fisheries transparent, but they have done nothing so far to make it work properly

Q: How do you see the new agreement signed with the European Union in July 2015?

The new agreement has been signed less than one month ago for a period of four months. The negotiations have lasted more than one year. According to Mauritanian officials, the new agreement provides Mauritania with a lot of advantages, related mainly to the off-loading of fish in Nouadhibou and the [mandatory] employment of Mauritanians [on EU fishing vessels]. As for the financial benefit, compared to the last agreement, the new agreement is much less important than the previous one. Instead of 67 million Euros, Mauritania will receive only 55 million Euros under the new agreement. The government think that the activities related to this agreement will bring about 100 million Euros to the national budget. However, many observers denounce the conditions under which this agreement was negotiated. According to different sources, the main negotiator, who seems to be very close to the regime, may have received an astronomic amount of money as a legal commission.