Mauritius is an island just off the coast of Africa, close to Madagascar and Mozambique. With its stunning beaches, jewel-toned lagoons and spot of multi-colored earth, we rightly declared it one of the most beautiful islands in the Indian Ocean. 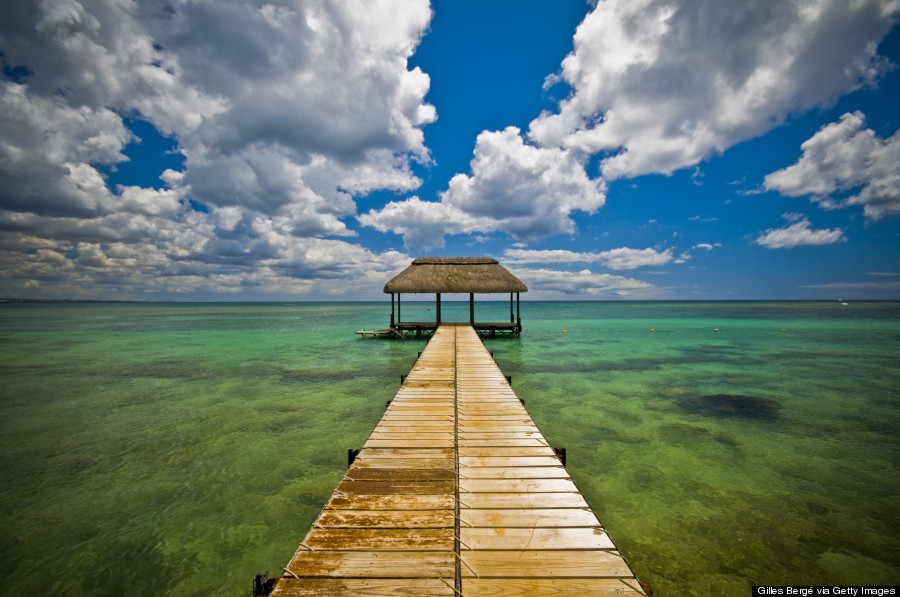 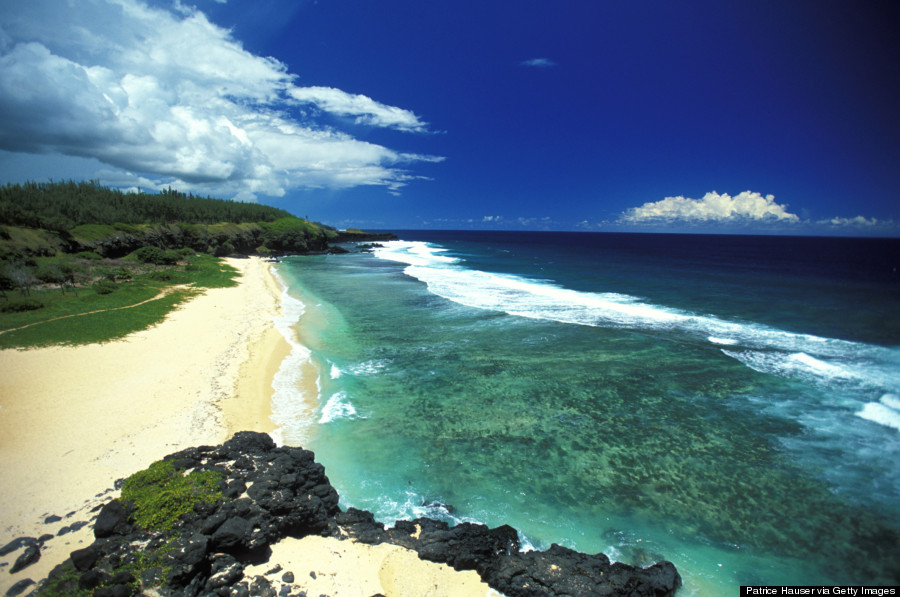 The island is home to some of the rarest plant and animal specimens in the world. 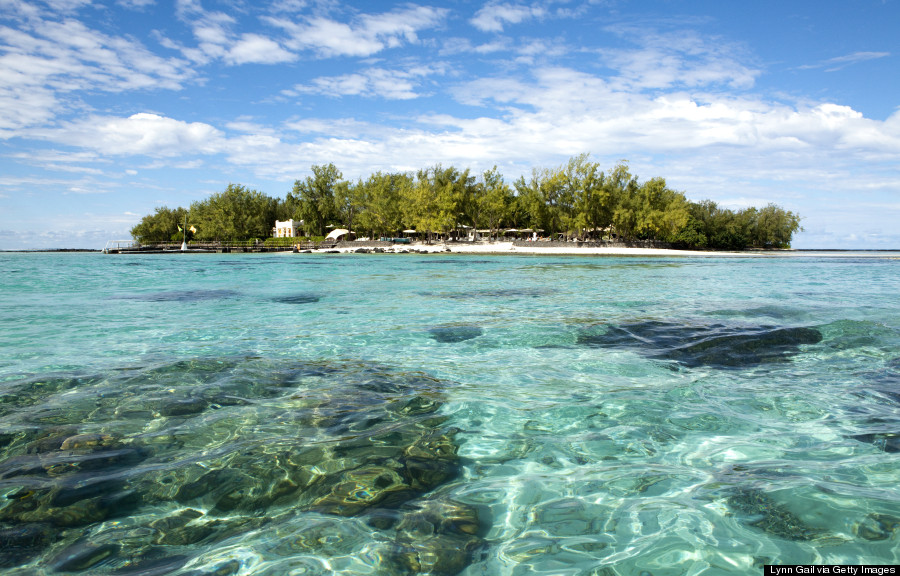 But now we know that Mauritius has something even more rare ― an optical illusion that makes it look like there’s really an underwater waterfall WITHIN THE OCEAN! Science easily explains that, in reality, there’s no such waterfall, just the impression of one as sand and silt sink farther into the sea, from one coastal shelf to a much, much deeper one off the southernmost part of Mauritius.

Optical illusion aside, the view from the top is pretty darn amazing... 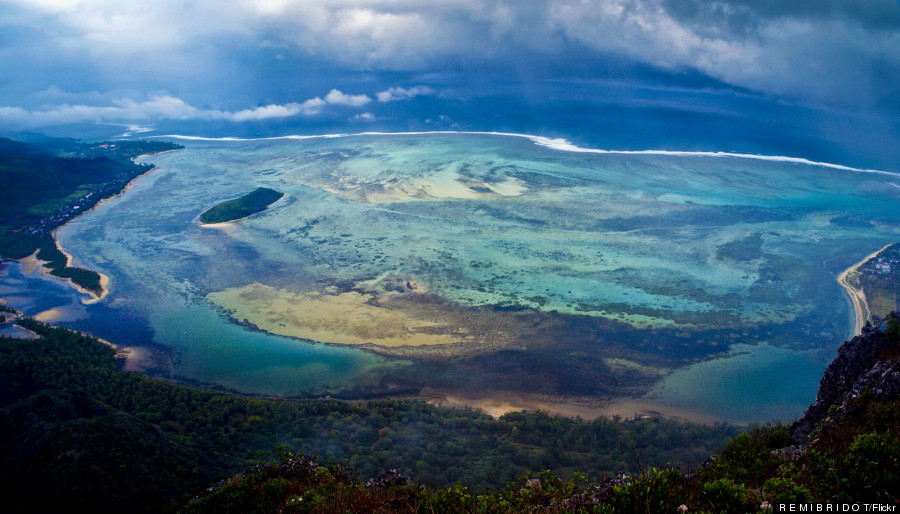 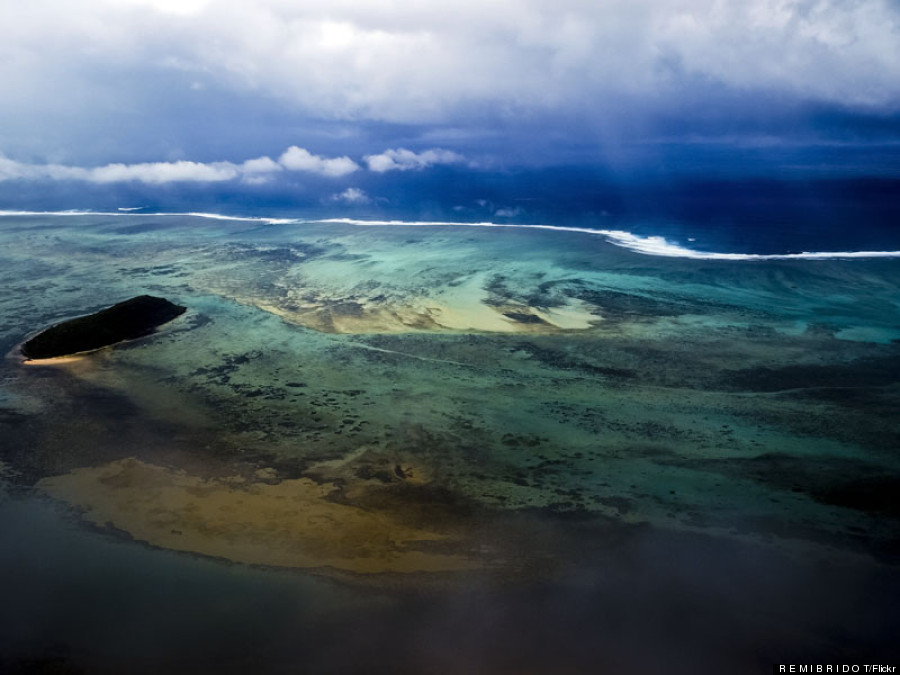 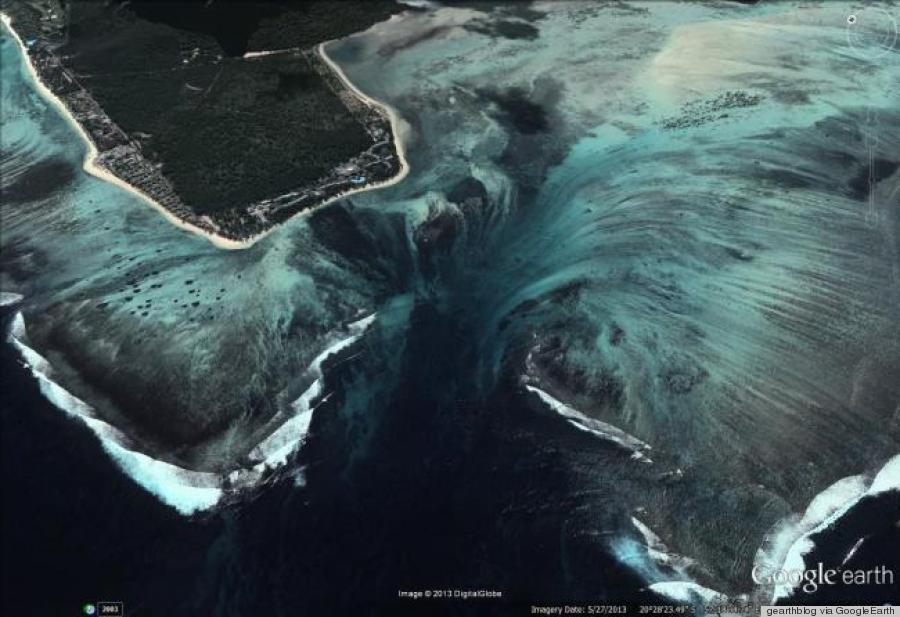 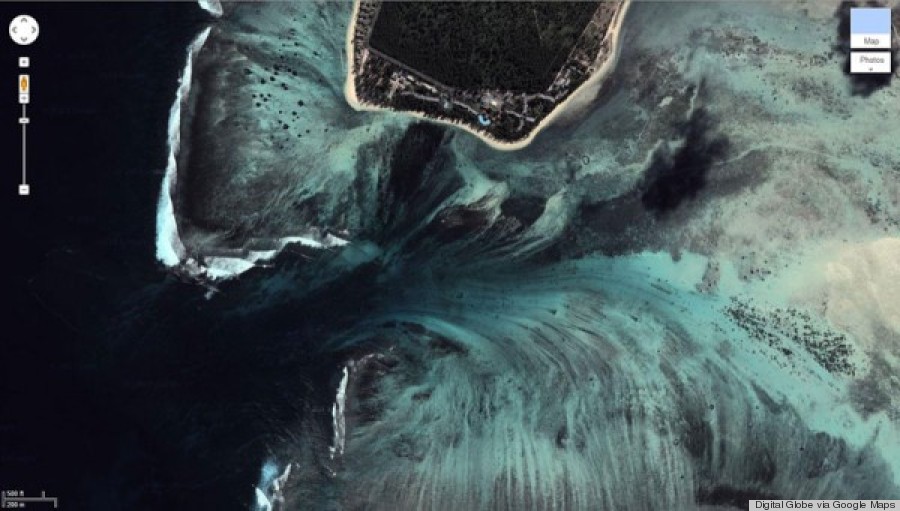