A bank robber was busted trying to make a getaway by foot through the Lincoln Tunnel Thursday.

Yesterday, the hoodie-wearing man allegedly demanded cash at the Bank of America on Broadway and West 33rd Street at 3 p.m. while pretending he had a gun in his pocket.

He then allegedly hit two banks at Broadway and West 56th Street, including an Amalgamated Bank, where he got cash with a dye pack that later exploded.

He then allegedly tried the Capital One branch on West 37th Street and Sixth Avenue, where he said he was a former bank employee, the sources said.

Then, while being chased by cops, Madore's getaway car crashed on West 31st Street. He got out of the vehicle, and started running towards the Lincoln Tunnel, where Port Authority Officer Josh Maarleveld apprehended him near the entrance.

“He was ready to check out for the night when he got out of his car and joined the chase,” a Port Authority spokesman told the Daily News of Maarleveld. “He grabbed the suspect right at the mouth of the tunnel.”

Cops are still looking for 47-year-old Frank Mione, who they suspect was the getaway driver: 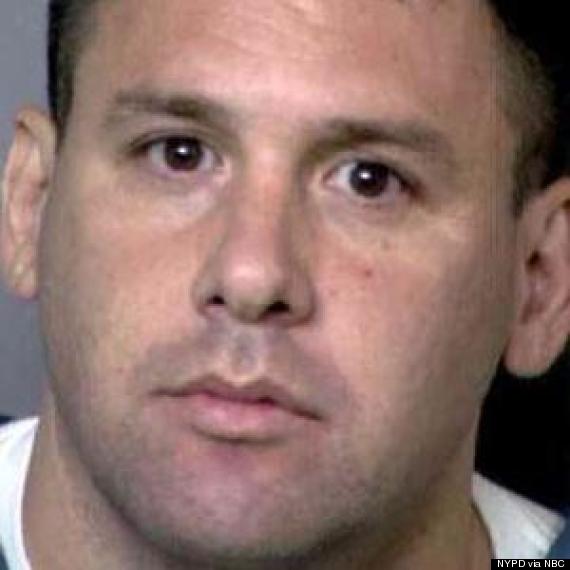