Stephen Amell is officially a dad!

The "Arrow" star and his wife Cassandra Jean welcomed a baby girl named Mavi Alexandra Jean Amell on Tuesday (Oct. 15). Amell confirmed the news on his Facebook page, posting a photo of his daughter and writing, "She came just in time for Amell Wednesdays." 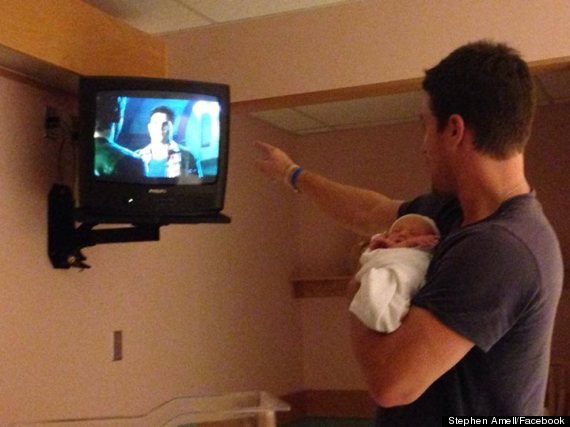 "Everyone is happy and healthy,” the 32-year-old actor’s rep, who announced Mavi's birth, told Just Jared.

Amell and model Jean tied the knot on Dec. 25, 2012 in a private ceremony in the Caribbean.