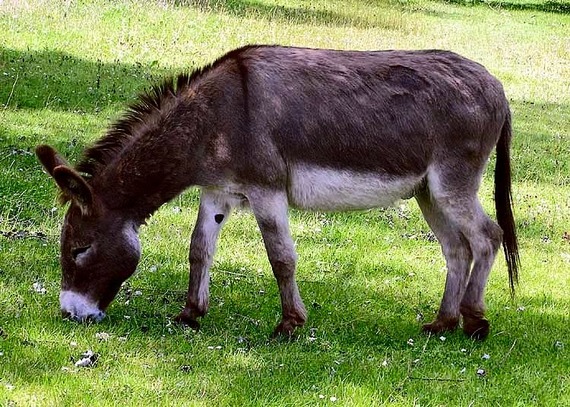 In a review of Peter Ghosh's Max Weber and 'The Protestant Ethic'; Twin Histories (TLS, 2/13/15) Duncan Kelly quotes Weber as saying "I am not a donkey and do not have a field" on the subject of academia. Kelly earlier remarks about Weber, "He never wrote a big book, neither founded or had any interest in founding a school, and never cared about the accoutrements of academic fame even as those around him recognized his presence and power."

Weber may not have written a big book, but along with The Protestant Ethic and The Spirit of Capitalism, he was responsible for coining terms like the "the routinization of charisma" that left an indelible imprint not only on sociology but thought in general. He was part of a school of German sociology that included George Simmel and Ferdinand Tonnies that had an almost novelistic reach, and which turned inquiries that could have been undertaken with dry analysis into poetry.

Those who practice sociometrics and look at the discipline of sociology as a science might not cotton to many of Weber's assumptions. Weber's concept of "disenchantment" whereby scientism looked askance upon metaphysical suppositions perhaps reflects a world that would eventually cast wandering intellectuals of the kind he himself epitomized aside. Today a lot of people know a lot about a little, but few people know anything but what they know a little about. Academic disciplines are religions, spewing forth their own jargon, which is often intentionally impenetrable to outsiders.

Weber was a true polymath. As Kelly says, "In a relatively short life, the sheer bulk of what he wrote about with seriousness, purpose and commitment, from agrarian history to rationality and music, from abstract methodological pronouncements to the workings of the stock market, from the major world religions to war and revolution, is staggering." Weber would probably have disagreed with the seventh and last proposition of Wittgenstein's Tractatus Logico-Philosophicus,

Whereof one cannot speak, thereof one must be silent.

This blog was originally posted to The Screaming Pope, Francis Levy's blog of rants and reactions to contemporary politics, art and culture.