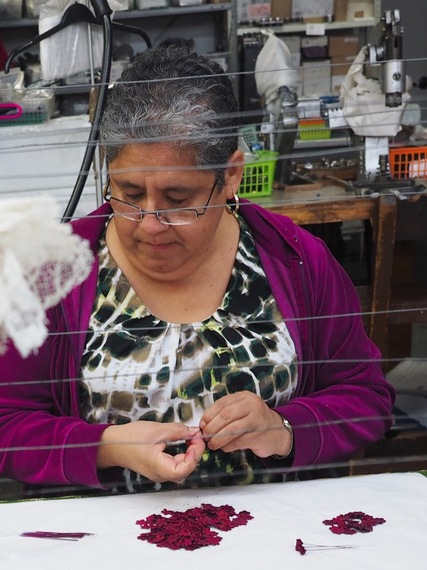 Life expectancy in the United States has increased in the last century by nearly 30 years and continues to grow each year. One of the consequences of this transformation is that older workers are available to remain in the workforce longer. That's an advantage in many ways. It benefits us as we age, providing one aspect of meaningful engagement, income, as well as helping us age well, because we maintain greater mental acuity and emotional and physical health when we stay engaged and active. It's good news for businesses, which derive enormous benefit from better-trained employees with superior customer service skills, greater expertise, and the benefits of experience. And it's good news for the economy, if we consider forecasts in the labor market, which suggest that younger workers alone cannot fill a growing demand for help.

According to the Center on Education and the Workforce at Georgetown University, 55 million jobs will become available in the U.S. by 2020 -- 24 million new jobs and 31 million due to retiring baby boomers. Writing in Forbes, Kerry Hannon adds, "As the economy gains momentum, plenty of jobs will be created between now and 2030, and there will not be enough younger workers to fill the need as millions of boomers leave the workforce." This underscores the economic importance of older workers at a time when their numbers in the labor force are growing. According to the Bureau of Labor Statistics, from 1990 to 2010, the percentage of people 65 years and older in the labor force climbed by four percent.

With these workforce changes upon us, small businesses, which are the majority of U.S. firms, can optimize the abilities of older workers who both want and need to remain in the workforce. Rather than bemoaning the intellectual capital lost to retirement each year, we need to recognize the value of older workers and align employment practices to retain a growing, overlooked source of talent.

With that goal in mind, researchers at the Robert N. Butler Columbia Aging Center set out to learn from 100 small businesses all over New York City's five boroughs. In New York, where 99 percent of businesses have fewer than 100 employees, this knowledge can help businesses solve staffing challenges they have now. The findings are available in a peer-to-peer resource, Age Smart Industry Guides, published by the Robert N. Butler Columbia Aging Center at the Mailman School of Public Health at Columbia University, with funding from the Alfred P. Sloan Foundation.

In some sectors of the U.S. economy, this research is particularly timely. In manufacturing, for instance, a labor shortage is imminent. The median highly skilled manufacturing worker in the U.S. is 56 years old, according to the U.S. Department of Labor. If they retire as expected, economists at the Bureau of Labor Statistics predict a shortfall of 10 million skilled workers by 2020. In New York City, which is already facing a shortage of qualified machine operators, welders, carpenters, jewelers, tailors, and plumbers, these industries must hold on to more of their skilled workers to keep pace with growth.

Another key advantage of older workers is the longer time they stay in any one job. According to the Bureau of Labor Statistics, in 2014, the median tenure of workers aged 55-64 in all industries was more than three times those aged 25-34 years. In industries with high staff turnover, including the retail and hospitality industries, older workers reduce recruitment and training costs. For example, the restaurants must replace employees at a rate of 25-100 percent a year. Infusing this revolving door workplace with more mature workers means better customer service and adds add on-the-job know-how from employees who remain in positions longer. Further, intergenerational teams have been shown to be more productive than single generation teams.

As the Age Smart Industry Guides report, simple workplace policies retain employees to help workers of all ages. Permitting individuals to swap shifts, for example, sent a signal that the employer recognizes that all employees have multiple priorities to manage while remaining engaged at work. Mentoring relationships helped cultivate highly technical skills in a new generation of employees and accorded respect to older employees with acknowledged expertise in areas that demand precision and aptitude.

Older workers remain in the workplace for economic reasons and for professional and personal satisfaction. Numbers in both groups will continue to increase. As the Age Smart Industry Guides show, this growing demographic can help to solve some of the staffing challenges of small businesses, particularly in industries that are most pressed. Understanding the value of older workers and expending effort to maximize their potential is essential to America's economic and public health.