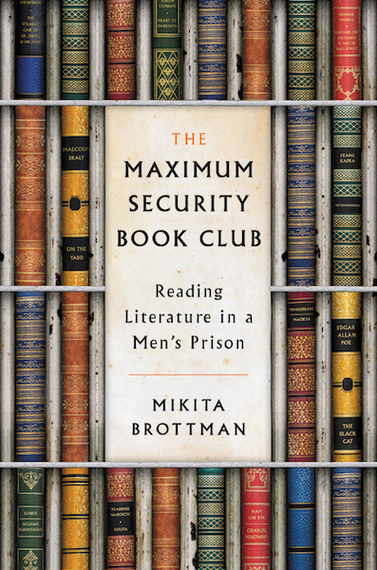 Professor Mikita Brottman was on sabbatical when she decided she wanted to do something more challenging than teaching literature to undergraduates, who had all the answers courtesy of a current version of Cliff Notes, at the Maryland Institute College of Art in Baltimore. The Oxford educated scholar and England native wanted to teach a different kind of student. A student that was immersed in the type of human struggle that resulted in conflict and often serious consequences. Brottman was interested in criminals as literary critics. What did Conrad's Heart of Darkness mean to a man doing a life sentence for murder she wondered?

To find out Brottman started a book club in Jessup Correctional Institution, right outside of Baltimore in Maryland. Brottman didn't really know what to expect but over the next two years the experience changed her life. From Conrad to Kafka to Shakespeare to Edgar Allen Poe she introduced the classics to the convicts. Who would read assignments on lockdown, in solitary confinement, on their job assignments and anywhere they could find the time and space to read. Not an easy task in the netherworld of corruption and violence.

When Brottman made her trips into the prison for discussion groups she was amazed at how the convicts looked at the stories from different angles. She had to realize these men weren't privileged college students. Some had nothing to live for and they knew what it felt like to kill and rob and maim. Through the discussion groups Brottman gained the prisoners trust and they started opened up about the choices that led to their imprisonment. Revealing the guilt and loss they felt at losing their liberty.

In Maximum Security Book Club, out June 7th, Brottman pens the tale of her immersion into prison life and dealing with the convicts who became the members of her book club. I spoke to her about the power of literature to transform, reform and illuminate the minds of prisoners. 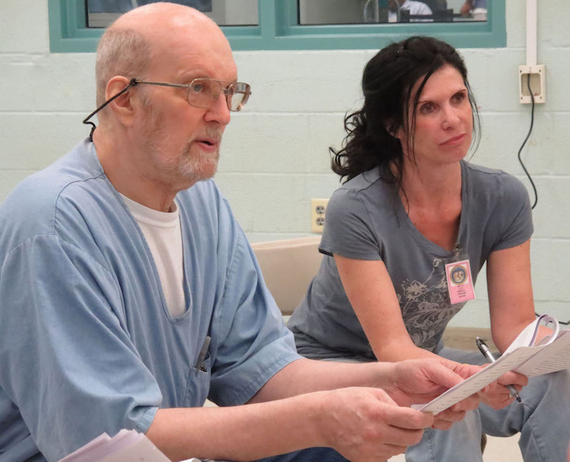 Why and how did you start a book club in prison?
Mikita Brottman- ​I had a sabbatical for a semester and wanted to continue doing what I love to do most, which​ is talking about literature. I've always been interested in volunteering in a prison. I e-mailed all the prison librarians in the nearby prisons to see if there was any interest, and one of them told me about a prison in Jessup, JCI, that was understaffed and needed volunteers. So that's where I went.

Describe going into the prison and all that you had to go through to teach your class?
I have to go through​​ a​ metal detector​, so ​​I've ​learned not to wear jewelry, copper hair-clips, a buckled belt​, or an underwire bra. If I don't clear the metal detector, they won't ​​let me in. After that, I get a full-body pat down, and turn in my driver's license in exchange for a pink clip-on visitor's badge. Then I'm sent to wait by a sally port for a uniformed escort.
​ ​
This is usually the most frustrating part of the entire process​, because some of the guards are hostile and make me wait 30-40 minutes for someone to come and fetch me. ​​Some of the guards can be very unfriendly, and one in particular seems to have a grudge against me. But others are cordial and friendly. I'm sure it's a tough job.

What were your expectations for the book club and how did the prisoners meet or exceed your expectations?
I expected the men to find the books difficult, which they did. I expected them to have some problems with the language and style, which they did. I didn't know if the men would enjoy the books or not, so I didn't really have any expectations in that sense. Most of the time, it turned out the men did not enjoy reading the books and really struggled with them, except for the more recent ones, like the Burroughs and the Bukowski. Especially the Bukowski. They all loved that book. They were always willing to try the books I brought in. Each of the men responded in a different way to each book. ​ 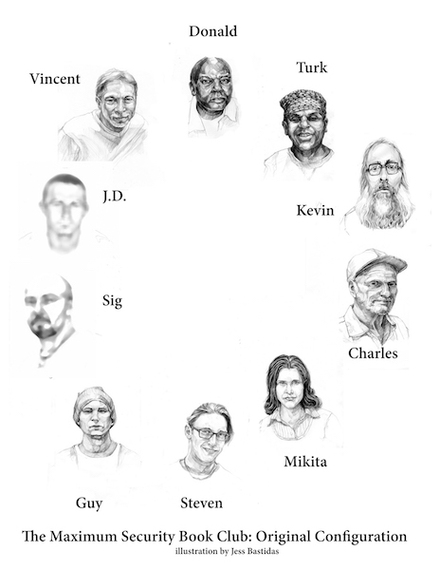 What did you learn about prison life and convicts by going in to the prison and running the book club?
​Well, it's still going on, so I'm still learning. One of the big things I learned is that, contrary to popular assumptions, most prisoners aren't locked in their cells all day with nothing to do. It's not easy for them to get time to read and write. They have a very strict daily schedule. Even when they're locked in their cells, they may not be able to read. Their cellmate may be watching television, or playing a noisy video game. Or they may not have time to escape into books. This might be the only chance they get to work on their legal case, write letters, or catch up on their sleep. ​

It surprised me that some men in the group didn't seem to know the names of the other men, even after 3 years. But I learned that part of surviving in prison is keeping to yourself, not trusting other people, learning not to develop bonds. I also learned that convicted felons rarely consider themselves "bad people," the way many on the outside see them.

Who were the men in the book club and what do you remember most about each one?
Guy- got released before I started writing the book. He was a young, very skinny white guy and his pants were way too big. His underwear was always showing.
Kevin- got moved to a different prison before I started writing the book. Had a big bushy beard, something nautical about him. Very cheerful. Steven- constantly enthusiastic about everything, even the prison food.

I am still running the book club, so these are the men who I still see every week. Except one, who died on Easter Sunday this year. Doug- Recently died. Had a really loud laugh and lumbering gait. Huge white guy. His glasses were held on with a piece of string. Vincent- Has been released. Gentle, kind, anxious. On the outside he is lonely - in prison he never was. Turk- Charming, rambunctious black guy, always at the center of everything. Donald- Looks intimidating and has been hard and violent in the past. Stoical, tough, respectful, smart.

Sig- Huge Viking-type guy. Well-read, articulate. Has a quiet influence. Day-Day- Wiry, hyperactive young black guy with dreads. Lived on the streets or in prison all his life. Learned not to curse in every sentence. Nick- Six foot eight. Can be craven and ingratiating. Poker addict. J.D.- Sometimes sullen, sometimes weirdly happy. Dog trainer. Charles- Seems like a curmudgeonly old man but that impression is misleading. Can be warm and funny. He just doesn't often feel like it. 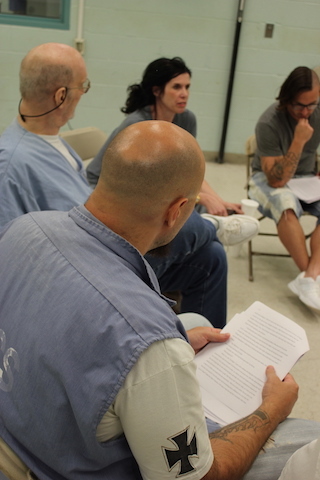 ​What was the most surprising insight that a prisoner shared with you regarding one of the books you assigned for reading?
​It's difficult to think of just one, as there are so many. But something Vincent said when we were reading Kafka's Metamorphosis​​ made a big impression on me. We were talking about Gregor being in denial about how he's become an insect. Vincent compared Gregor's situation to his own, after his trial. He said,  "​I couldn't register that I was about to go to prison for the rest of my life. You can't take it in, so you focus on something small. Everybody who comes to prison is in denial at first. You think it's all a big mistake. It'll soon be over, and you'll be back home again. Then it finally sinks in. Nobody's going to rescue you. This is it. You're on your own. ​It wasn't till after I'd been in prison for a year or so, that I woke up one day, looked around my cell, and I realized, 'I'm not a person any more. I'm a parasite.'"

​How did the book come about and what do the prisoners think about being involved with it?
​About a year into the book club I decided I'd like to write about it, and sent a proposal to my agent. She really liked it, and I eventually got a contract with Harper Collins, who published my last book. I showed the book to the men at every stage, and we read through the manuscript together in the book club. They are cool with it. But it's been about a year since we last discussed it. It's not as though they're all waiting impatiently for it to come out or anything like that. As I've learned, books don't mean the same thing to these men as they do to me.'

After hearing their take on the books did it make you look at them a different way and why or how?
The men's take on the books often made me think a lot more about the experiences they'd had, both before prison and in prison. Every week I learned something new about them from their responses to the books. When we were reading Bukowski's Ham on Rye, for example, I learned that almost all of them had abusive fathers, but each of them had different attitudes towards them. Kevin said he wanted to kill his father, and would have done so if he'd had the chance. Charles said that witnessing his father's abuse of his mother made him lose respect for her. Vincent said his father was admired by the outside world but a bully in the home. Each of the books led to discussions like this, in which the men opened up about their lives.