May Day celebrations are going on today around the world, as workers march for better working conditions and often higher wages.

Also known as Labor Day or International Workers Day, people are holding protests from Los Angeles to South Korea today. In Turkey, 200,000 workers have amassed in Istanbul's Taksim Square, in what may be the largest May Day protest since 1977. Massive rallies have also been staged in Taiwan and the Philippines.

In Cuba the parades have been touted by the nation's official newspapers as the best way to ratify the newest economic plans that Raul Castro recently proposed, according to the AP.

Despite its socialist leanings, the day actually traces its roots back to the 1886 Haymarket Massacre in Chicago, when a workers protest turned violent after police attempted to disperse the crowds. Five years later the Second International, a socialist organization, established the day as a holiday.

Today May Day is recognized in about 80 countries, but is celebrated in many more.

You can see some magnificent images from today's rallies below.

May Day 2011: Labor Day Celebrations Around The World (PHOTOS) 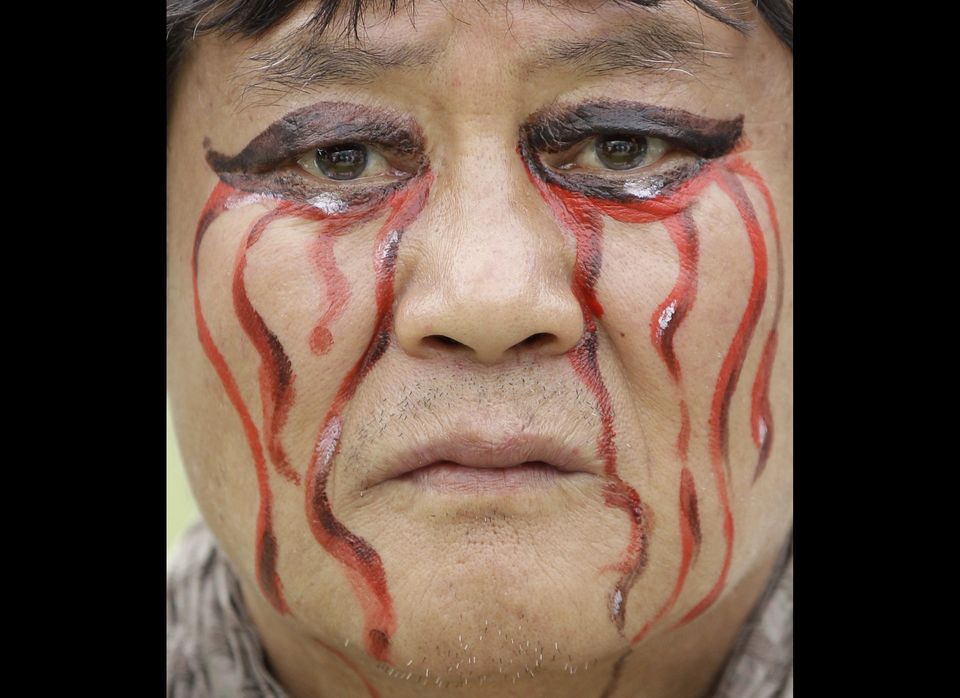 1 / 21
South Korea May Day
A worker has his face painted participates in a May Day rally in downtown Seoul, South Korea, Sunday, May 1, 2011. Tens of thousands of workers demanded the government provide greater labor rights and contain rising inflation. (AP Photo/Lee Jin-man)
AP