WASHINGTON -- The Occupy movement in the nation's capital, like other similar groups around the nation, celebrated May Day on Tuesday, part of a long-standing tradition of protest for workers' rights.

Around 75 of the movement's followers and supporters, in addition to television cameras and representatives of the media, gathered in Meridian Hill/Malcolm X Park on Tuesday afternoon for an event billed as a carnival.

When The Huffington Post visited the park near Columbia Heights and Adams Morgan, the scene was more like a collection of like-minded individuals enjoying a relaxing, pleasant day in the park.

Combining the U.S. May Day tradition marking the 1886 Haymarket Square massacre in Chicago with a European pagan celebration, May Day has grown into a large international holiday.

Participants locally planned to raise a May Pole before marching to Lafayette Park near the White House at 5 p.m.

Here's what the scene looked like earlier Tuesday afternoon in the park: 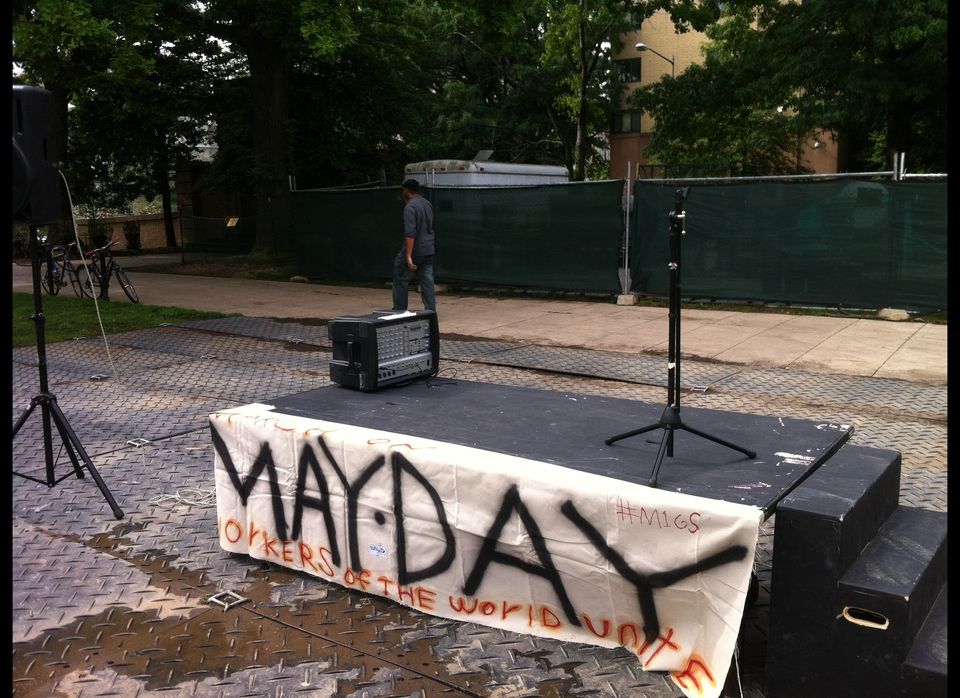 1 / 9
Occupy In The Park
Occupy DC May Day in Meridian Hill/Malcolm X Park. The song that being played was The Supremes' "Baby Love."
Brandon Wetherbee