Written and directed by Cherien Dabis, May in the Summer -- which opened the 2013 U.S. Dramatic Competition of the Sundance Film Festival -- is a disarmingly humorous, sharply observed and deeply affecting story about a Palestinian-American writer, May, who returns to her childhood home in Jordan in preparation for her summertime wedding. Distinct from the well worn immigrant narratives familiar to American independent film, May in the Summer charts terrain rarely explored on screen: the emotional impact of building a life across multiple geographies -- especially when the promise of return to one's homeland continues unfulfilled. 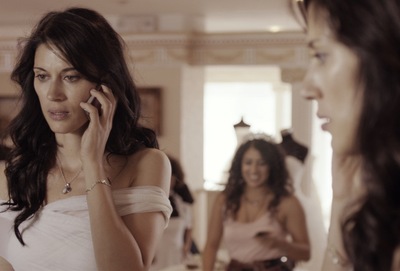 Soon after her sisters Dalia and Yasmine welcome May home, glee transforms into a tense familial dynamic -- a remnant of a traumatic divorce between their parents that May, as the eldest, had to mediate alone. With impending nuptials on her mind, May can no longer be the stable rock on which her family has relied. Despite being a successful author and having an adoring fiancé, May finds herself struggling to admit what she wants, and to say what she means. Amidst bridal fittings and bachelorette parties, May must learn how to become vulnerable enough to build a future on her own terms, unhinged from parental, societal, and political expectations. 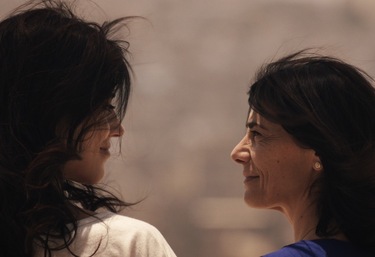 A writer, director and now actress, Dabis is a "triple-threat" of talent with an uncanny ability to emotionally engage the political aspects of everyday life with a universally accessible sense of humor and levity. Evidenced in her widely acclaimed 2008 short film Make a Wish and 2009 debut feature film Amreeka, Dabis's directorial acumen enlivens ensemble performances between multiple characters whose conflicts evolve through their deep affection for one another. May in the Summer marks Dabis' first time in front of the camera as an actress. A magnetic and illuminating presence on screen, Dabis fills the intricate contours of a complex character, while also eliciting nuanced and powerful performances so honest one can't help but laugh from co-stars Hiam Abbass (The Visitor, Amreeka, Lemon Tree), Alia Shawkat (Arrested Development, Amreeka), Bill Pullman (Independence Day) and Nadine Malouf. Dabis' writing deftly layers politics between folds of the intimate to reveal profound questions: How does past trauma sneak its way into the present moment? How can the future allow space for the past, but also inspire a present that can grow without anticipation or fear?

In one scene, May and her sister Dalia are relaxing in the buoyant Dead Sea. They reflect on the proximity of Palestine -- so close they could swim there if the water wasn't littered with deadly mines. This is the first moment in the film where May confronts her hesitations about her future wedding aloud.

Later, a poolside argument between all three sisters is capped with embarrassing declaration (I am not a lesbian!), and then immediately followed by a fighter jet booming overhead toward Palestine. Rather than being convenient juxtapositions to eek political gravitas into a situation -- or throw "first world" problems into relief -- these situations are clever narrative devices Dabis uses to connect May's inner restlessness with the fragmentation manifest in her family, her feelings for her fiancé and her relationship with Palestine. Long shots of Wadi Rum and the Dead Sea breathe oxygen into the arc of May's character, as a Palestinian woman, living between geographies and raised in exile for a generation. The film begins with May in the air, and ends with her standing firmly outside her mother's house facing the sprawling Amman cityscape. 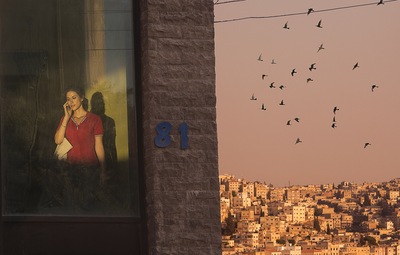 With a keen sense of place and attention to land -- a point of commonality across Palestinian cinema -- Dabis forges new ground in American film with May in the Summer. Displacing the centrality of the United States within immigrant narratives, Dabis visually investigates the disorientation of diaspora with a deliberately lighthearted storytelling style. While Sundance is often criticized for making obvious film selections, some responses to May in the Summer beg the question of whether the industry is willing to recognize a familiar voice that tells a different story. Parochial reviews, for example, insist on gauging the film's success on the slapstick potential of "ethnic customs" and "culture clashes." One reviewer unwittingly revealed his own racist investments when he wrote that the funniest moment was an early remark by May's sister Yasmine referring to women who wear burkas as "ninjas" (a comment he wrongly attributes to May, but which Dalia promptly chastises Yasmine for being offensive). More disturbing still is the intensely gendered criticism that reared its way into much of the writing about films by female directors featured this year at Sundance. Reviewers felt entitled to comment on Dabis' appearance in crass ways, while simultaneously taking issue with the story's focus on female characters (bemoaning the groom's absence), and then lazily judging the film according to Hollywood conventions of "chick-flicks" or "wedding romps."

But this is just another instance of how critics who fail to step outside their own worldviews risk overlooking a fresh direction in American independent film. Audiences, on the other hand, have already been receiving the film well and will continue to be ready for the provocations, clarity and insights found throughout May in the Summer.