Dr. Maya Angelou's mother, Vivian Baxter, had a reputation for being a fierce, independent and energetic woman. As a mother, she wasn't much different, according to her daughter. But Vivian's strength and passion seemed to make her a better parent for a young adult rather than a small child, Dr. Angelou says.

In this clip from Dr. Angelou's appearance on "Super Soul Sunday," the literary icon and renowned poet tells Oprah about how she was parented by her mother -- something she also explores in her latest book, "Mom & Me & Mom." Oprah says to Dr. Angelou, "You say in the book -- and I've heard you say it before -- that she was not a good mother of young children."

"She was terrible," Dr. Angelou says simply. As an example of how her young mother wasn't well-equipped to parent a small child, Dr. Angelou tells a story about when she was just a toddler. She says, "I had asked for something and she didn't give it to me, and I had slapped her on her leg... And she backhanded me off the porch, into the dirt."

Though Vivian may not have known how to handle a small child, she was more than capable of parenting an older one. "This woman was the greatest mother of a young adult," Dr. Angelou says. "Incredible. Just fantastic."

Dr. Angelou then recalls a moment when she was 22 years old, walking down the street with her mother, and Vivian said nine words that would change her daughter's life. "She said, 'I think you're the greatest woman I've ever met,'" Dr. Angelou remembers. "She said, 'Mary McLeod Bethune. Eleanor Roosevelt... You're in that category.'... I thought, 'Suppose she's right. Suppose I really am going to be somebody.'"

In the video, Dr. Angelou reveals how those words prompted her to make specific changes in her life -- changes that she still practices today, more than 60 years later. 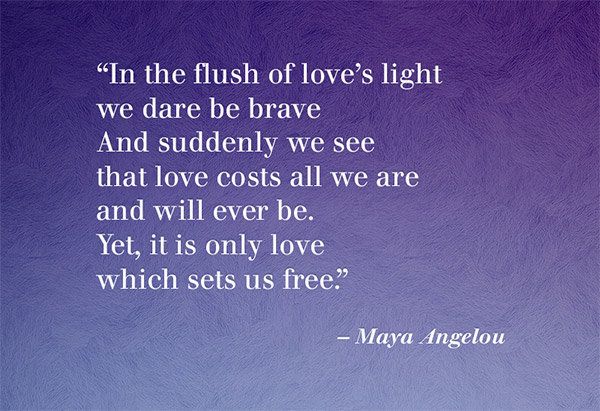