Wisdom comes with age, and at 84 years old, Maya Angelou has lots of wisdom. But she says she picked up her most valuable piece of wisdom early on. "I learned a long time ago the wisest thing I can do is be on my own side, be an advocate for myself and others like me," she said. In that spirit, Angelou has taken up the cause of women's health.

That philosophy is at the center of her latest effort, a partnership with Novant Health, a not-for-profit integrated system of 13 hospitals that is set to unveil the Maya Angelou Center for Women's Health and Wellness in her hometown of Winston-Salem, N.C.

The newest facility is the second with which Angelou has been involved. In 2002 she helped open the Maya Angelou Center for Health Equity at Wake Forest University, which is focused on closing the gap in health and healthcare disparities among minorities.

Like the work being done there, Angelou says her women's health center -- which offers an array of clinical programs affecting women's health, including heart, wellness, cancer and surgical services, as well as maternity, emergency, bone and joint health and behavioral care -- will focus not only on treatment but on prevention, a critical step in closing the gap that she says is too often hindered by denial.

"The disparities are embarrassing," she says. "What they hope to do at the center is to coordinate all the aspects of women's health and wellness ... encouraging women to look after themselves. In that way, they can almost be sure to count on some prevention."

Last year, the CDC released its first periodic report addressing health disparities and inequalities in the U.S., which they say highlights the considerable and persistent gaps between the healthiest and the least healthy people in the country. Their research revealed striking differences in the uninsured rates for Hispanics and non-Hispanic blacks; research also indicates that black women have the highest rate of death from coronary heart disease of any group, and an infant mortality rate 2.4 times higher than that of non-Hispanic whites.

At the forefront of the center's prevention challenge is breast cancer screening and increasing women's awareness about their risk for heart disease. As for the AIDS epidemic and the particular crisis it represents for women of color, Angelou says prevention is even more critical but warns that it extends well beyond the confines of any one facility.

"The time has passed when a women can act like everybody is as innocent as she is. So you don't have to ask a man to use protection. That's ridiculous. It's [about] being aware," she says. "That's the biggest gift I can give anybody: 'Wake up, be aware of who you are, what you're doing and what you can do to prevent yourself from becoming ill.'"

To mark its opening, the Maya Angelou Center for Women's Health and Wellness is kicking off a national competition titled "Health Inspirations," which encourages women to share how they have been inspired to practice a new health behavior, change a negative health behavior or improve their overall health and well-being.

Women can enter the Health Inspirations contest by visiting, facebook.com/MayaAngelouCenter. 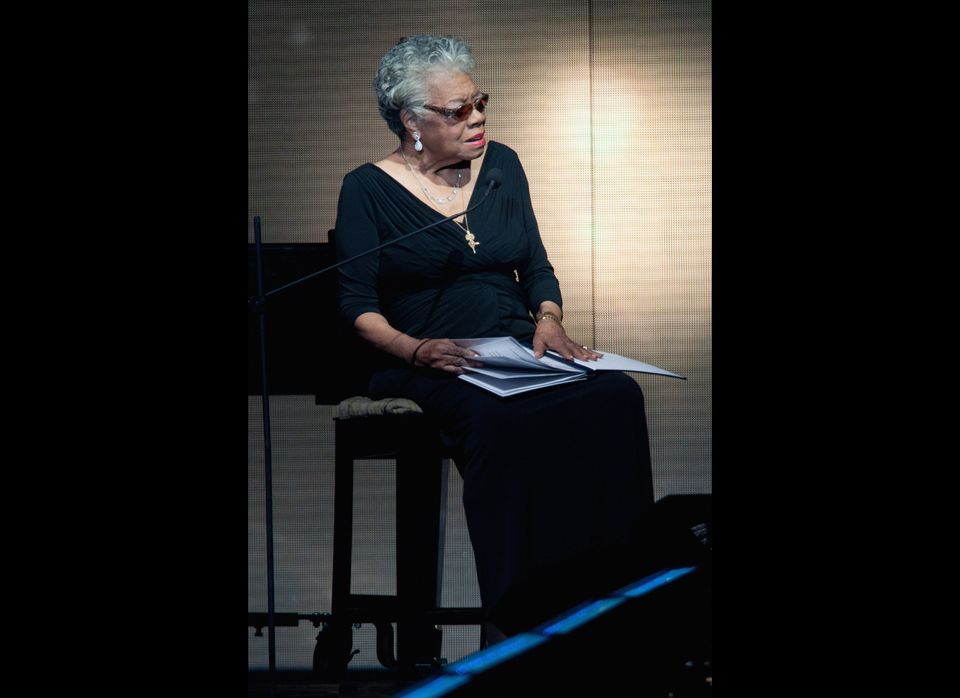 1 / 16
In Honor Of Maya Angelou
Maya Angelou attends Surprise Oprah! A Farewell Spectacular at the United Center in Chicago.
Getty