If you are prone to superstition, 2012 provides a wealth of apocalyptic fears and calamitous end-of-day scenarios, starting with the ever-popular end-of-the-world Mayan doomsday.

Some have argued that Mayans, whose civilization spanned across southern Mexico, Guatemala and Belize from 1000 B.C. to 1519 A.D., carved into their calendar the day the world would end—Dec. 21.

Many scholars have debunked the Mayan doomsday myth but it hasn’t stopped some from treating December as Armageddon month, turning to social media to share elaborate last-minute bucket-list ideas.

A Facebook user framed it eloquently: He urged his friends to get right with God or make love with a stranger. But Gerardo Aldana, an associate professor at the University of California (Santa Barbara) tells his students, also via Facebook, they still have to do Christmas shopping this year.

Aldana, who has studied the Mayans since 1995, says the theories of mayhem attributed to the calendar came largely “from a misunderstanding of the calendar and mythology.”

“Priests and historians used the Long Count to track mythology back to 3114 B.C. and even earlier,” Aldana said. “But they only really recorded their history for the time between A.D. 300 and 900. They then extended the calendar far into their and our own future, as far as A.D. 4772,” he added.

Aldana argues the misinterpretation dates back to the 1960s when archeologist Michael D. Coe published “The Maya.” There he suggested the Mayan calendar would end in 2011 or 2012, hinting, in jest, that it meant the end of the world. Scholars have since said there’s no evidence the calendar predicts an apocalyptic future.

The Mayan calendar has long astonished scholars. John Malone, author of Unsolved Mysteries of Science, regards the ancient timekeeper as the “most accurate calendar devised by any ancient culture.”

Simon Martin, co-curator for the “Maya 2012: Lords of Time,” an exhibit at the Penn Museum in Philadelphia that showcases the ancient and modern Mayan culture, said December will bring a changing period in much the same way that the year 2000 marked a new millennium.

Mayan’s most likely used the calendar as a way to explain scientific occurrences and for kings to leave their mark.

“Kings saw themselves as an embodiment of time and it was really a way of how they fixed themselves as being a key part of the universe,” Martin said.

Because there’s no record of the Long Count calendar a few hundred years after The Classic Period that lasted from A.D. 250 to 900, scholars identified Dec. 21 by parsing though numerous records and carbon dating data, Martin said.

Using other historical records and carbon dating, experts have sought to match the Mayan calendar with the Gregorian calendar.

Some scholars believed that the missing dates in the Long Count calendar might be due to drought and climactic changes, which lead to a drastic drop in population in the Mayan region.

Whether the changing period from the 12th baktun to the 13th baktun takes place on Dec. 21, Dec. 23, or Dec. 24, nothing drastic will come of it. Instead, Martin said, he wants people to focus on learning more about the Mayan culture.

For instance, Mayans are one of three cultures to invent the zero. They share that distinct honor with the Babylonians and the Hindus

Loa Traxler, curator of the exhibit in Philadelphia, says the hype over 2012, has brought renewed attention to Mayan history and culture.

“We have, for several years, been hoping and working toward a really large Mayan exhibition and we realized of course that it made all the sense in the world to take advantage of the attention that was given to the ancient Maya this calendar year,” Traxler said.

The exhibit, she said, also debunks the notion that the culture was largely wiped out centuries ago as the pictures show modern Mayans, their lifestyle and their view on 2012.

The exhibit at the Penn Museum will be on display until January 13, 2013. It features Mayan artifacts that were gathered from Copan, the capital of the Classic Maya kingdom.

For Aldana, the associate professor at the Department of Chicana and Chicano Studies at UCSB, visiting the Mayan region has yielded different responses about the Mayan prophecy from those living there today.

Some modern Mayans have dismissed the Mayan doomsday myth entirely, calling it a “European invention” while others, mostly those who converted to Christianity, ignore the prophecy altogether.

Yet there are those who say it’s a perfect time for renewal, rebirth and transformation.

Lissette Koyoc, vice-president and co-founder of Casa de La Cultura Maya will be traveling to Antigua Guatemala December 21 to celebrate the changing time.

Growing up in Yucatan, Mexico, Koyoc said she witnessed discrimination because of her Mayan heritage. Now, as a member of Casa de la Cultura Maya, a Los Angeles-based organization aimed at preserving and promoting Mayan culture, she said she has come to fully embrace her identity.

She sees 2012 as a new beginning, a time when people will start to be more conscious of each other and the environment.

“These are positive changes. They are changes we cannot avoid. When I talk about changes we are talking about all changes, natural, physical and within our own essence,” she said.

Originally published by Voxxi as: Myth of doomsday and Mayan calendar explained

CORRECTION: A previous version of this story stated incorrectly the author of "The Maya." It is Michael D. Coe. We regret the error. 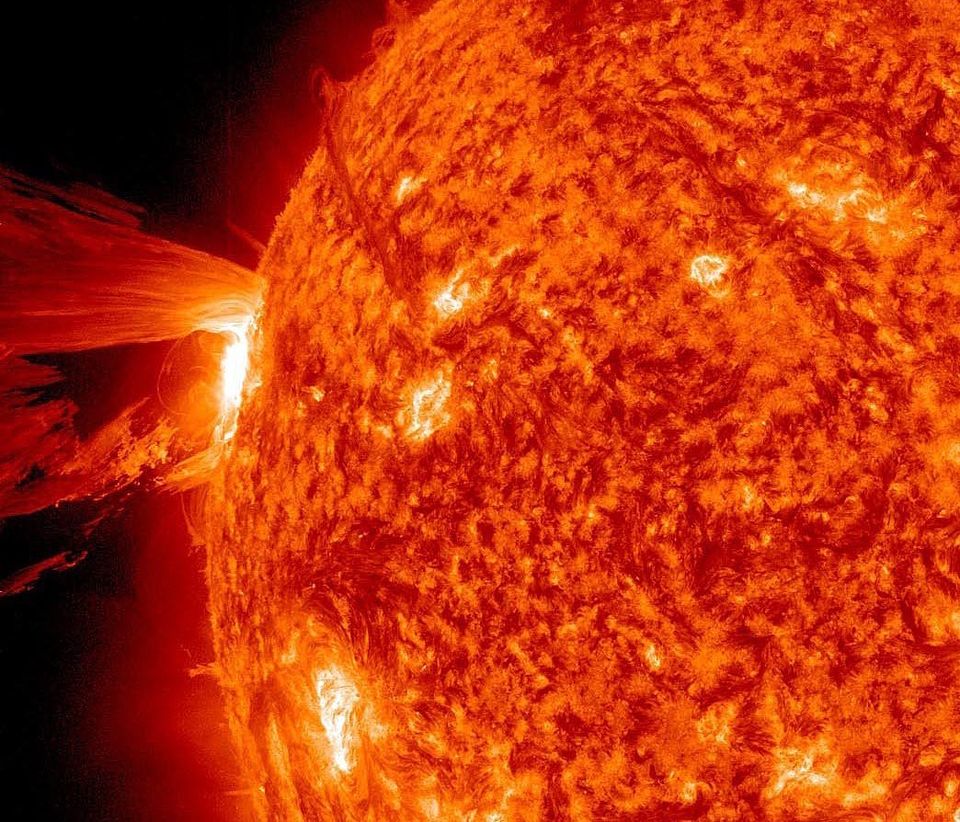 1 / 5
MTYH: The Sun Will Kill Us All
Much has been made by Mayan doomsday fear-mongers of the fact that the sun is currently entering a maximum activity phase. The sun rotates through periods of quiet and activity that peak roughly every 11 years; active periods are marked by an increase in solar storms and flares. [See stunning solar flare photographs] Some of these flares can indeed influence Earth. When the sun releases electromagnetic particles in such a way that they interact with our atmosphere, solar storms can disrupt telecommunications, though there are ways to protect satellites and other electronics. These charged particles are also responsible for the aurora -- the Northern and Southern Lights. Predictions of a Dec. 21 solar storm that will devastate the planet are not based in reality, according to NASA scientists. This particular solar maximum is one of the "wimpiest" in recent history, according to NASA heliophysicist Lika Guhathakurta, who spoke during an online panel on the Mayan apocalypse on Nov. 28. In other words, scientists have no reason to expect solar storms capable of disrupting our society.
NASA