Archeologists working deep in the Mexican jungle say they have discovered a large Mayan city, complete with many monuments and carvings.

The city was found in Campeche, an area in southeastern Mexico that is home to dozens of Mayan sites, including the ancient city of Calakmul, a UNESCO World Heritage site.

Dubbed Chactún, “Red Stone,” or “Piedra Grande,” the newest find spans close to 54 acres and may have been a governmental seat between 600 and 900 A.D., Spanish international news agency EFE reports.

"It is one of the largest sites in the Central Lowlands, comparable in its extent and the magnitude of its buildings with Becan, Nadzcaan and El Palmar in Campeche," Slovenian researcher and expedition leader Ivan Šprajc said in a press release.

Šprajc, who's working with Mexico's National Institute of Anthropology and History (INAH), and his team have identified three complexes at Chactún. Within these complexes, researchers found pyramids, ball courts, monuments, plazas and altars.

An inscription found on one of the monument's stelae was the basis for the city's name. According to the inscription, a former ruler named K'inich B'ahlam "affixed the Red Stone (or Great Stone) in A.D. 751."

Some of the monuments and altars also seemed to have been reused later -- an interesting and unusual phenomenon, according to Octavio Esparza, an archaeologist at the Universidad Autónoma de México.

The Mayan civilization dominated Mesoamerica for hundreds of years, but the golden age for Mayan stone cities lasted between 250 and 900 A.D., according to the History Channel.

Šprajc is an expert in Mesoamerican archaeology and archaeoastronomy and has worked in the Campeche region for many years on behalf of the Institute of Anthropological and Spatial Studies, according to the organization's web site. 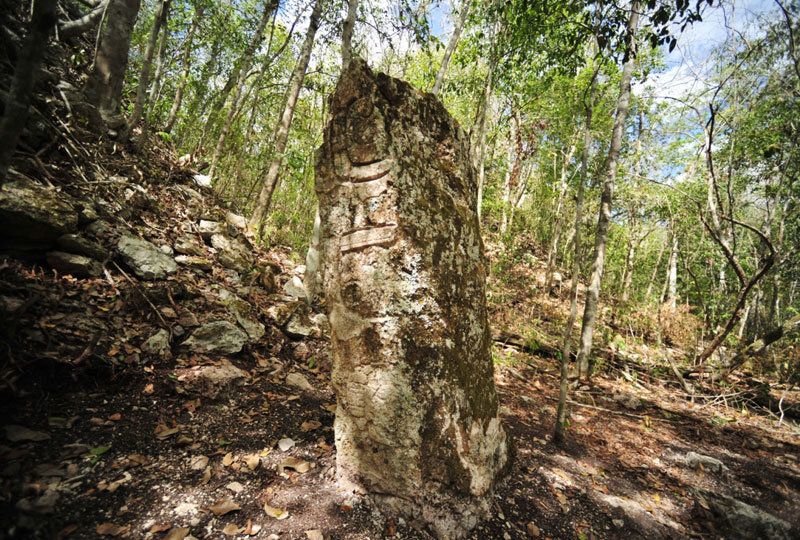