Looks like somebody's got a "problem" with Ariana Grande.

"The Big Bang Theory" star Mayim Bialik recently wrote a blog post on Kveller.com simply titled, "The Problem With That Giant Billboard Of Ariana Grande." In the lengthy post, the 38-year-old detailed her distaste for the sexual nature of the singer's album advertisements:

"There is one [billboard] for Ariana Grande, and I will go ahead and admit I have no idea who she is or what she does. Based on the billboard, she sells lingerie. Or stiletto heels. Or plastic surgery because every woman over 22 wishes she has that body, I'm sure," Bialik began.

The 38-year-old mother of two further questioned Grande's provocative image, writing, "Why is she in her underwear on this billboard though? And if she has a talent (is she a singer?), then why does she have to sell herself in lingerie?"

Bialik also took aim at other racy advertisements in her post, such as Showtime's television show "Masters Of Sex" and Levi's jeans.

"Am I a crotchety old lady?" Bialik asked.

"I guess so. But I just don't understand why this is what ads need to look like. Why do I have to be okay with young women literally in lingerie on gigantic billboards? If I want to see women in lingerie, I can walk through any mall with a Victoria's Secret."

Head over to Kveller for Bialik's full blog post.

Mayim Bialik Slams Ariana Grande, Asks 'Why Does She Have To Sell Herself In Lingerie?'
Ariana Grande 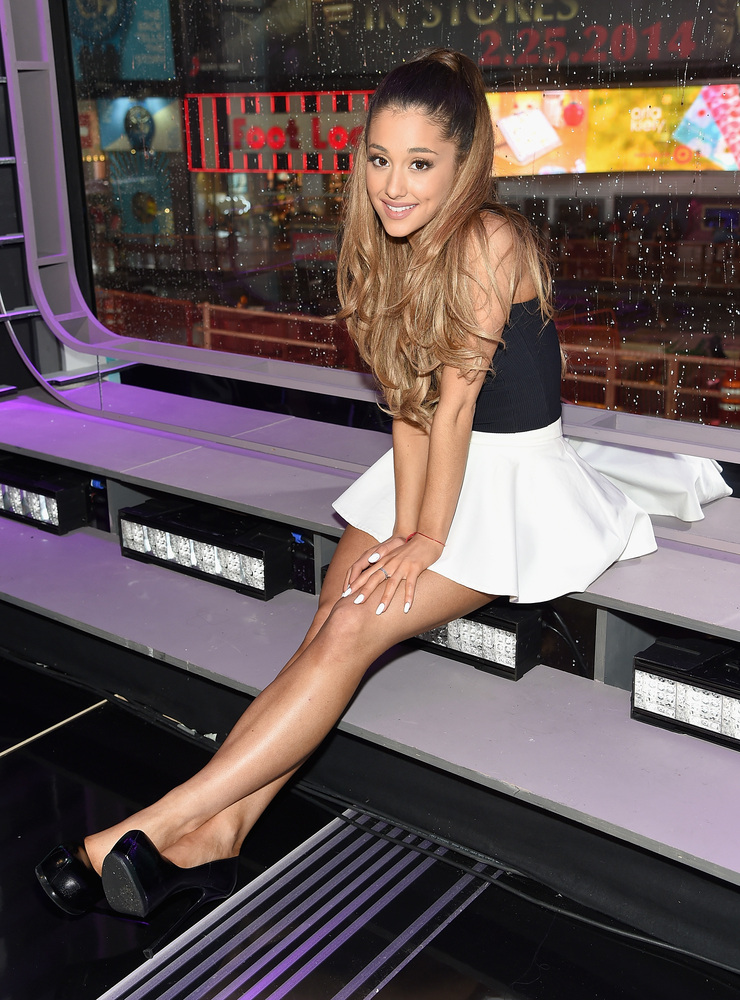