Please share pictures of your cats with Mayim Bialik.

"The Big Bang Theory" star, neuroscientist and animal advocate has teamed up with PetSmart Charities to help dispel negative stereotypes about cats and the people who love them. (C'mon, don't pretend you've never heard the term "crazy cat lady" used in a bad way!)

The aim of this image-improvement campaign is to get more shelter cats into homes. According to the American Society for the Prevention of Cruelty to Animals, some 3.4 million cats enter U.S. animal shelters every year. As of now, fewer than half of them make it out.

"I think it's important to realize that a lot of those stereotypes about what cats are like and what cat people are like are not legitimate," Bialik told The Huffington Post by phone, speaking from this weekend's gathering of all things feline, CatConLA.

"It's especially important, as a science-y person and a person who cares about the environment and the animals in it, to realize that cats are out there waiting to be adopted," she added. 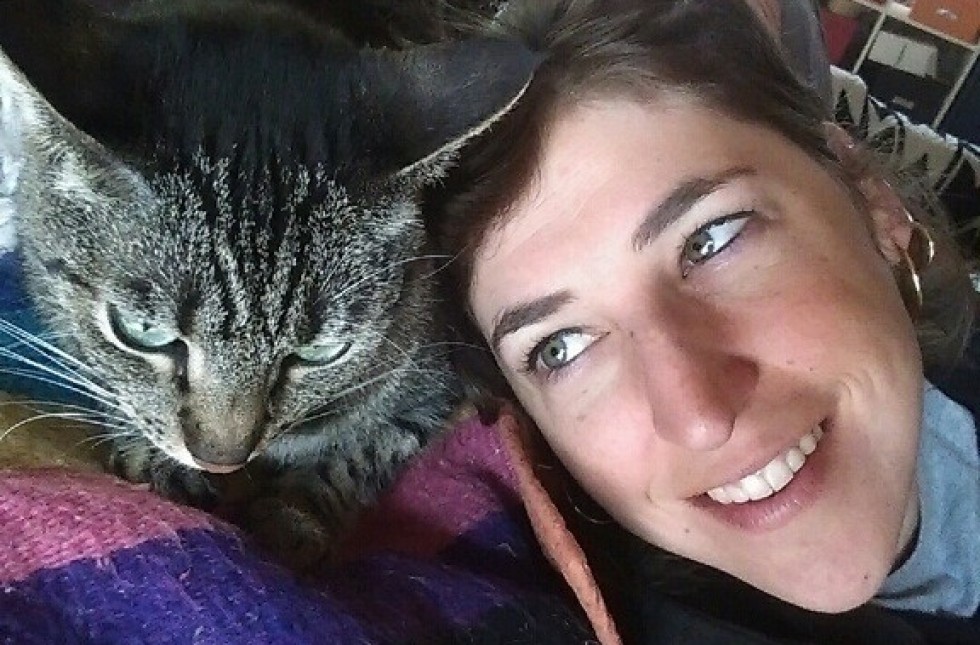 Bialik has already participated in the campaign, posting pictures of her own cats, Esau and Frances.

Meanwhile, perhaps the best indication of Bialik being a completely sane cat person: Tempted as she is by CatConLA's many adoptable kittens, she said she loves Esau and Frances enough not to bring home a new furry friend right now.

She said she would welcome her character on "The Big Bang Theory" taking in a feline friend, but said, "I don't know if it will happen."