"One day Lady Gaga and the next, Miss Piggy," New York City's Mayor Bloomberg told a crowd of journalists after kissing Miss Piggy on the snout. Unfortunately, we'll never get to know who was the better kisser because when Miss Piggy asked the mayor to choose, he replied, "I never kiss and tell."

Miss Piggy was nonetheless flattered. After all, now that she's working for the city, she has to make a good impression on the boss.

"Having Kermit as a family ambassador for New York is pretty exciting, and I know that it's going to make other cities -- now listen carefully -- green with envy," he said. Wocka wocka, Bloomberg!

Kermit then took the podium to explain why New York is "such a great place to bring the tadpoles on vacation." However, Miss Piggy had a slightly different agenda. "Moi is going to show people how to see this city like a diva," she said. After that, the event turned into one big Muppets reunion.

Leave it to Kermit to pull it all together into one, very well-scripted, sentiment. "New York is a great place for families, frogs, pigs, bears and … uh, anyone else to visit. There’s shopping for Miss Piggy, spectacle for Gonzo, laughs for Fozzie, plus great parks in every borough for tadpoles. We can’t wait to show the world the best ways to hop around the city!”

The Muppets have had a pretty big year. They not only stared in a hit movie with Jason Segel -- which picked up an Oscar for best original song with "Man or Muppet" -- but they also signed on for a "Muppets" sequel and received a star on the Hollywood Walk of Fame.

Yet, despite their fame, it's good to know that the Muppets will never forget where they came from. "New York has been home to the Muppets since the 1960s, when I first came here with this guy named Jim Henson to see if we could try and break into show business," Kermit recalled.

Although, we think Gonzo the Great summed it all up pretty nicely. "If folks where you live think you're a bit strange, come to New York, and you'll feel right at home." 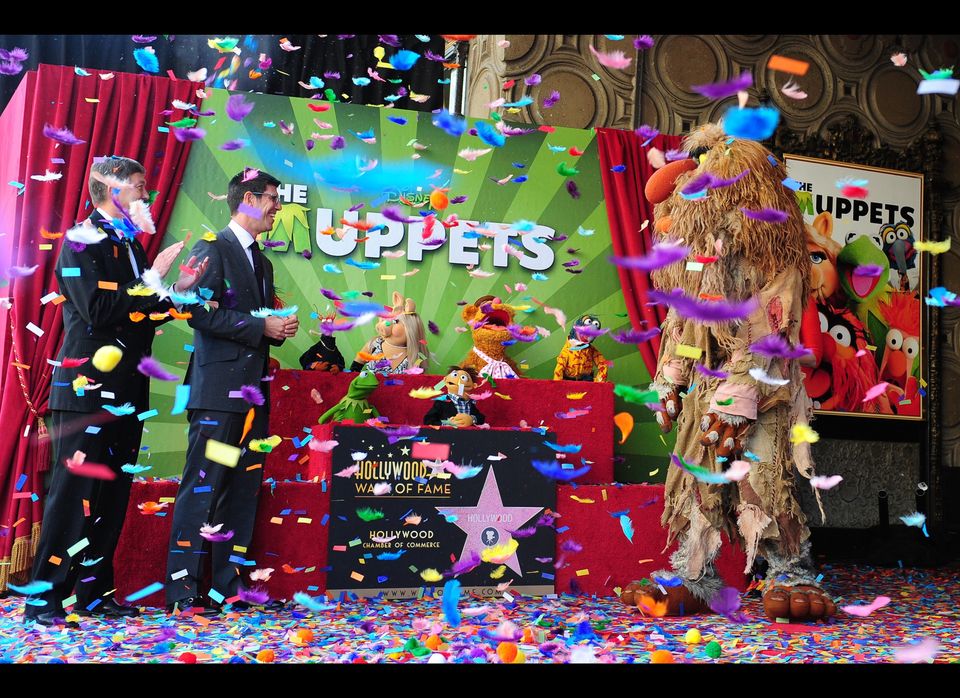