LAS VEGAS ― It’s put up or shut up time for Pete Buttigieg.

The former South Bend, Indiana, mayor, who improbably rose to the top tier of contenders for the 2020 Democratic presidential nomination on the back of a coalition built primarily around white voters, will face his first real test before a diverse electorate in this week’s Nevada caucuses.

The outcome could serve as either a launching pad into the endgame of the nomination fight, or a sign that Buttigieg’s numerous critics were right, and he was always doomed to falter after the first two primary states.

“Nevada is Pete’s chance to prove the narrative wrong and show he can get support from people of color,” said Rebecca Katz, a progressive Democratic strategist and former aide to retired Nevada Sen. Harry Reid.

After impressive performances in two states demographically suited to the 37-year-old’s coalition ― Iowa is the nation’s fifth-whitest state; New Hampshire is the third-whitest and second-oldest ― Buttigieg is now dedicated to campaigning in Nevada, home to a growing Asian population in addition to sizable Latino and Black populations.

Interviews with operatives and voters show an appreciation for the efforts the Buttigieg campaign has made. Several noted his efforts were much more robust than those of Klobuchar, who is also struggling with voters of color but had done little to build an operation in Nevada before this week. But there were few signs of a major Buttigieg breakthrough.

“The folks they have on the ground are familiar in Nevada, and know the state and know to leave no stone unturned,” said Mariela Hernandez, a former aide to both of Nevada’s Democratic senators, Catherine Cortez Masto and Jacky Rosen. “They know if you don’t activate your supporters, if you don’t get out the Latino voters, you’re probably going to lose.”

Buttigieg’s campaign has checked all of the necessary boxes: It opened its first field office in the state in East Las Vegas, a heavily Latino neighborhood, and its organizing staff in the state is one-third Latinx, while 40% percent speak Spanish. They have full-time staffers dedicated to organizing African Americans, Latinos and Asian Americans. Buttigieg’s first rally in Las Vegas was in East Las Vegas, and he’s even toured two minority-owned marijuana businesses to highlight the lack of diversity in the industry.

The same signs of momentum that preceded his successes in New Hampshire and Iowa are visible here. He drew crowds of over 1,000 people in both Las Vegas and Reno on Sunday, while also managing to hit locations ― the capital of Carson City and rural Elko ― that other campaigns have ignored. His message, focused on triangulating between Sanders on one side, and Biden and Bloomberg on the others, remains unchanged.

On Tuesday, the campaign seemed to split its priorities between tending its base ― holding one event at a community center with a majority-white crowd packed with retirees ― and reaching out to those still skeptical of his candidacy in a town hall with Black law students at the University of Nevada, Las Vegas.

At the community center event, Buttigieg sprinkled his comments with mentions of race. “There’s a powerful majority right now to commit to taking the steps we have to to make sure this becomes a country where your race has no bearing on your health, your life expectancy or your wealth, or your experiences with law enforcement,” he said during his stump speech.

But when his campaign went from courting senior citizens to the state’s diverse younger population during a trip to the UNLV in the afternoon, their relative shortcomings became clear. Sanders addressed a raucous crowd of hundreds of students in the midday sun before accompanying a number of them to an early caucus site on campus.

In an interview-style discussion with Frank Rudy Cooper, the head of the law school’s program on race, gender and policing, Buttigieg nonetheless got the chance to address concerns about his policing record as mayor of South Bend, a source of criticism for some of the city’s Black residents. The question was broad, but Buttigieg chose to focus on the controversy surrounding his dismissal of the city’s first Black police chief during his first year as mayor.

“We as a community learned a lot of lessons about what it takes to establish trust and legitimacy,” he said, citing the creation of greater channels for community input in policing practices.

I really like the humility in his policies. Justine Perez

He also acknowledged his own failure to increase the racial diversity of the city’s police force and to reduce the number of arrests of Black residents for marijuana possession. (In fact, as ABC News’ Linsey Davis noted in a debate earlier this month, the racial disparity in marijuana arrests in South Bend actually increased under Buttigieg’s watch. Though Buttigieg didn’t dispute the statistic, he characterized it as an unfortunate byproduct of efforts to combat rising gang violence.)

The remarks were enough to win over Larry Sampson, a Black first-year law student who attended the discussion and had been deliberating between Buttigieg and Sen. Amy Klobuchar (D-Minn.).

Caleb Green, a Black alumnus practicing intellectual property law, was unconvinced, though, and is likely to caucus for Sen. Elizabeth Warren (D-Mass.) on Saturday.

Buttigieg’s Douglass Plan is “appealing to Black people,” Green said. “But I need to see more. What has he already implemented as mayor that corroborates his plan of what he wants to do now?”

When asked to explain his low support among Black, Latino and Asian-American voters in states with significant numbers of them, Buttigieg claims his approval grows as more voters get to know him.

Indeed, just showing up in Nevada for a series of campaign events appears to have won Buttigieg some new supporters.

Psychotherapist Justine Perez, who caucused early for Buttigieg at the Culinary Union hall in Las Vegas on Tuesday night, said attending Buttigieg’s Sunday rally sealed the deal for her. Perez, an immigrant from the Philippines who is eligible to caucus for the first time this year, proudly brandished a “Boot Edge Edge” sticker on the back of her phone that she had picked up at the event.

“I really like the humility in his policies,” she said, arguing that his ideas are not “extreme.” “I can’t wait to call him President Pete.”

Still, there are signs the campaign still feels the need to introduce itself to Latino voters. On Tuesday night, it released three new Spanish-language digital ads ― all of which focused on Buttigieg’s biography, and one of which reiterated how to pronounce the mayor’s name.

And his campaign has also committed several unforced errors in its attempts to make inroads with nonwhite constituencies. Several Black South Carolinians whom the campaign had listed as endorsers of his Frederick Douglass Plan to address systemic racism have endorsed other candidates and told The Intercept in November that they were unaware that their positive feedback on the plan would be used publicly as it was. The story appeared to recur in miniature on Tuesday, when several Black-owned South Carolina business owners that the campaign claimed to have “partnered” with objected to the characterization in an ABC News report. The businesses had simply acted as vendors for the campaign, the owners said.

The Buttigieg campaign’s Latino outreach has also endured some hiccups. Days before the Iowa caucuses earlier this month, BuzzFeed News reported that Buttigieg’s campaign had not made most of the issue pages on its website available in Spanish. (The campaign has since then completed the translations.)

One additional headwind Buttigieg is facing: A campaign ad for billionaire Tom Steyer labels him “an untested newcomer who doesn’t have the experience to beat Trump on the economy.” The 60-second spot, which also criticizes Biden, has aired more than 600 times across the Reno and Las Vegas broadcast television markets, according to a Democratic source.

If Buttigieg is able to perform well here, and entrance polling shows him making real gains with voters of color, it’ll put him in a stronger position during the crucial elections on March 3, Super Tuesday, when more than one-third of the delegates to the Democratic National Convention are up for grabs. 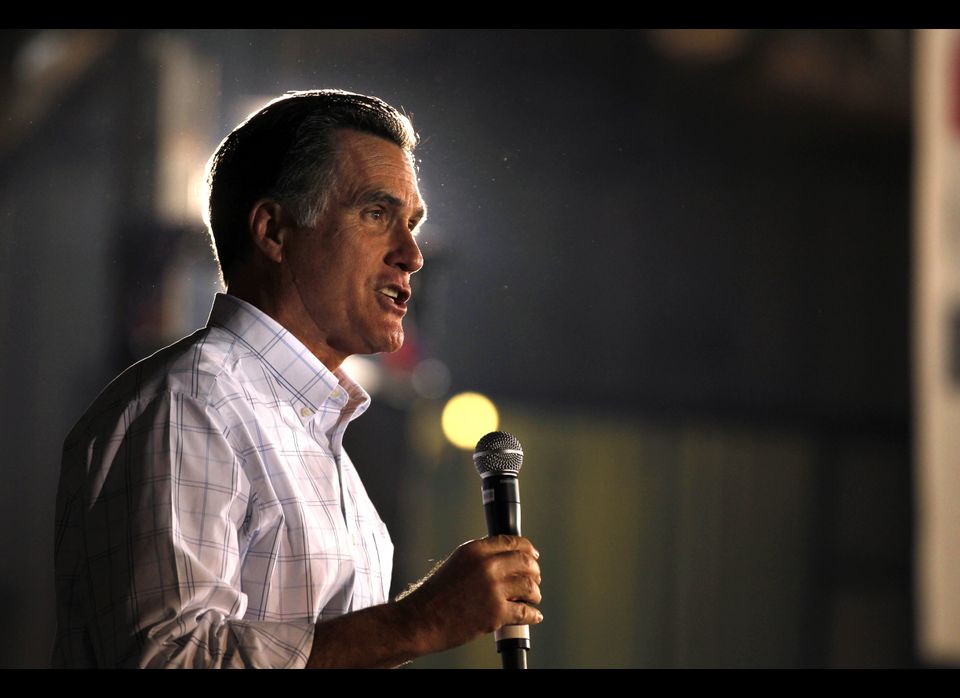 1 / 6
WINNER: Mitt Romney
Romney blew out the competition on Saturday, cementing his status as primary frontrunner and building on his delegate lead. His win will likely propel him into other <a href="https://www.huffpost.com/entry/mitt-romney_n_1254383" target="_hplink">February primary contests</a> -- in states such Colorado, Minnesota and his home-state of Michigan -- where he's also expected to put on a strong showing. Apart from just winning, Romney also managed to perform strongly among Tea Party supporters and more-conservative voters, something that he has had trouble doing in previous states.
AP