Idea Summary: Chicago will build the first open-source predictive analytics platform that will help leaders make smarter, faster decisions in real-time to help address and prevent problems before they develop. Click here to vote for this idea.

Today, there are millions of pieces of information available at our fingertips - data on everything from weather to traffic patterns to the location of sidewalks and parks. But this abundance of data in and of itself can't create new ideas or generate solutions. How does a city use that information and use technology to better serve its residents? That is the fundamental question that cities are facing today.

Here in Chicago, we see opportunity in complexity. Because we are making the right investments in infrastructure, in our people and in a better business climate, Chicago is becoming a leader in innovation.

An app that tells you when your train arrives is infinitely more useful to you than thousands of data points about the exact locations and speeds of the trains.

Now, imagine that thousands of data points on train location and speed were coupled with current weather patterns, historical information, ridership, traffic flow and millions of other pieces of data that could impact you and getting where you want to go.

Now take that up another step: what if there was a platform that not only aggregated these millions of data points, but analyzed them in near real-time? What if, like your app, your city could alert you to problems as they happen? What if your city could tackle a problem before it happens?

That is what we will do.

We will provide leaders with a tool that can analyze millions of lines of data in real-time; this helps make smarter, earlier decisions to address a wide range of urban challenges. Here in Chicago, residents will see services delivered earlier. They will see more targeted responses that will address a wide range of urban issues - from managing weather emergencies to scaling back traffic accidents.

Chicago's SmartData platform turns "thinking" into "doing." It turns "react" into "anticipate." At its core, it makes data-driven and effective government the norm and fundamentally, it will change the way cities operate.

In 1999, Chicago led the nation and created the first 311 system - an easy and comprehensive way for residents to access city services and information. Since then, more than 70 other cities across the country have adopted this idea. In 2012, we revamped our system to make it a two-way street, with information flowing to the city and to the resident.

Chicago was an innovator throughout the industrial age and we continue to do the same in the information age. With data, we will build a new path for cities for the 21st century. 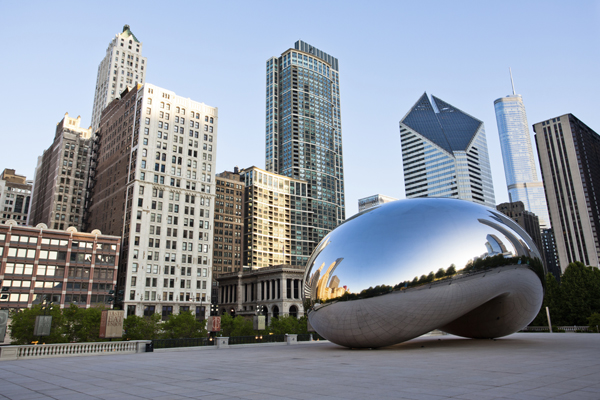