If I could just get this idea to the Mayor!

Gee, this idea is a no-brainer, if somebody would just help me!

Ever had these thoughts about your city?

CitizenLex is a tool that redesigns the way cities invent and innovate; a new model that challenges the status quo.

In developing our proposal for the Mayors Challenge, we asked citizens for their ideas to improve Lexington through a telephone town hall, social media and a conventional town hall. More than 7,000 Lexingtonians participated and we got 440 ideas ... one for every 682 citizens!

We soon realized that the strongest concept we could offer for the Mayors Challenge was a way to continue and broaden this exchange with citizens so we could deliberately and intentionally manage the city improvement process. Incentivizing innovation with a local Mayors Challenge grant.

After examining the 440 ideas, we discovered most of them needed only modest funding and had short timelines. Many target quality of life at the neighborhood level. The biggest challenge was figuring out where to start and how to overcome obstacles along the way.

By actively engaging a broad group of citizens and leveraging the strengths of community partners, the clear potential exists to blaze and document pathways for other neighborhoods and cities across America to replicate similar projects. The projects will harness the special character of the people involved and the unique culture of a city. The results build attachment to community and place.

CitizenLex helps citizens make the change they want. Rather than just another engagement platform, in which people make suggestions to the city or the city seeks citizen input on pre-selected issues, this platform encourages citizens to do their own problem-solving - with help. And. That. Is. A. Very. Big. Deal.

Through a knowledge management system (CitizenLex.org), as well as in-person interaction, projects will be facilitated by our two City Innovation directors, project leaders, and a network of volunteer Innovation Mentors, who will provide expert coaching and peer support.

City leaders and elected officials often say they want a framework for continuous innovation that engages a broader population. CitizenLex is that framework, with the potential to transform city governments into champions of change ... instead of champions of red tape.

CitizenLex is replicable across America. The raw materials required are just people ... and their contagious desire to see their cities improve. We'll share the CitizenLex software and share our story for ease of implementation.

Our founders built checks into our governing systems so as to prevent the rise of oppressive authority. These checks always stretch the fabric of democracy. Giving the people more of a say is challenging for authority figures and elected officials at all levels ... it is not for the timid. But it has been proven over the long bend of history that our democratic fabric is stronger when democratic processes are encouraged.

CitizenLex. Stretching the fabric of democracy. Making it stronger. 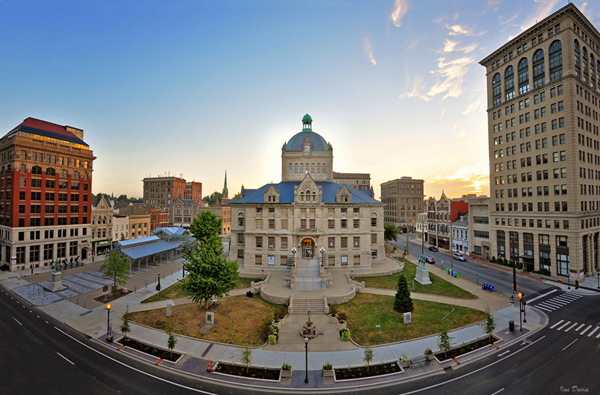