ACTON VALE, Que. - A 20-ton boulder, dumped by a small-town Quebec mayor in front of his ex-wife's house, has been removed.

A provincial police spokeswoman says the boulder was removed last night by Dany Lariviere, who is the mayor of St-Theodore-d'Acton.

The giant boulder was adorned with a pink bow and spray-painted with the words, "Happy Birthday."

The mayor joked that his ex-wife had always wanted a big rock — so he finally gave her one as a birthday gift.

The Crown must now determine whether criminal charges should stem from the prank; those charges could include criminal mischief or harassment, says police spokeswoman Valerie Bolduc.

Lariviere owns an excavation company and used a lift to transport the rock across town early Sunday.

MONTREAL - A small-town mayor could face criminal charges after he delivered an unwelcome birthday present to his ex-wife: a 20-ton boulder, topped with a pink ribbon, dumped on her front lawn.

Dany Lariviere, mayor of St-Theodore-d'Acton, delivered the not-so-happy birthday gift over the weekend to Isabelle Prevost — with whom he divorced last year after a decade of marriage.

The giant stone was spray-painted with the message, "Happy birthday, Isa."

Lariviere owns an excavation company. He said he used one of his own front-end loaders to transport the rock through the town streets in the wee hours Saturday.

He jokingly compared it to a giant diamond ring. He said his ex-wife always wanted one, and he described his "present" in one newspaper interview as 18-to-24 "carat-tons."

"I brought what we call a big rock to my ex-wife," Lariviere later added in an interview with The Canadian Press.

"I took a rock from one of my quarries and I brought it to her place with a little message and a nice ribbon, just like a real gift."

The gesture has drawn national attention to one couple's increasingly bitter domestic rift.

The mayor notes that his ex-wife has filed complaints with authorities over his financial dealings. She also told a local newspaper that she was worried about the safety of the couple's two children.

In turn, he successfully fought to retain shared custody. And, accusing his ex-wife of harassing him, Lariviere has also complained to police about her.

Prevost's mother said Monday that her former son-in-law's actions were "disgusting." The woman, who declined to give her name, said her daughter was too upset to grant an interview.

Lariviere, however, was unapologetic.

A Quebec provincial police spokeswoman said investigators were considering charging the mayor with mischief or harassment. They were also examining whether Lariviere broke the highway safety code while transporting the rock.

Police said they asked him to remove the rock; he was apparently reluctant to comply.

"He didn't want to move it after the woman filed a complaint with Quebec provincial police," said police spokesperson Sgt. Valerie Bolduc.

Lariviere said Monday he was indeed willing to clear the lawn — but he accused his ex-wife of harassing him and said that, before taking any action, he wanted a guarantee she would stop.

As he made his way to meet with investigators on Monday afternoon, Lariviere described to The Canadian Press how he managed to transport the giant boulder.

During the delivery, he was stopped twice by police who asked him for identification and questioned what he was doing.

"I told them the truth — that I was delivering a gift," Lariviere said. "They weren't able to stop me because what I was doing wasn't illegal."

In a town of only a few hundred residents, Lariviere's present did not remain a secret for long.

But where big-city politicians might recoil from having their personal matters become the talk of the town, Lariviere said he had nothing to hide from his constituents.

"It's a small area; everyone knows each other," he said. "For those who know me, I won't have any trouble explaining myself. I'm not worried it will affect my duties as mayor."

At the same time, Lariviere insists there is nothing special about his rift with his ex-wife that merits the extra attention. He says he isn't representing a cause or looking to speak on behalf of any group.

"It's just an issue between me and my ex-wife," Lariviere said. 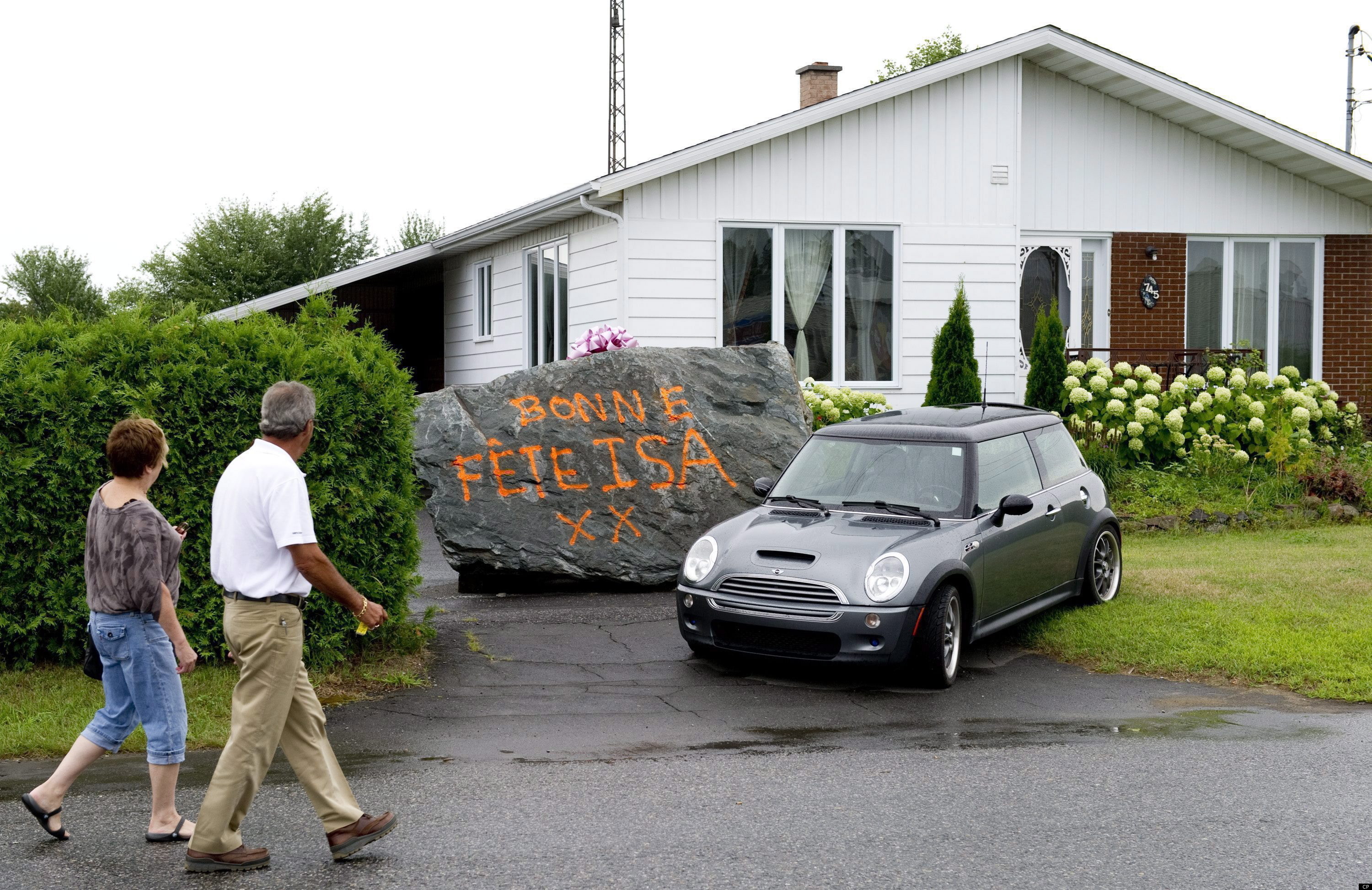 Uvalde District Fires Officer Who Is Under Investigation For Shooting Response