During Climate Week NYC and the UN General Assembly in New York this week, the international community marks the ratification of the Paris Agreement by 60 countries. It now seems likely that the Paris Agreement will enter into force before the next major gathering of the UN on this issue, COP22 in Marrakesh. Nation states remain committed to delivering on their ambition to limit global warming to 1.5 degrees Celsius - and cities have a key role to play, as partners to nations and regions, as innovators, and as leaders.

For nearly two decades, the United Nations' international climate change negotiations were largely diplomatic affairs, punctuated by prominent heads of state offering ambitious rhetoric that remained largely that. And yet even as these conversations stagnated, a revolution was underway at the local level. 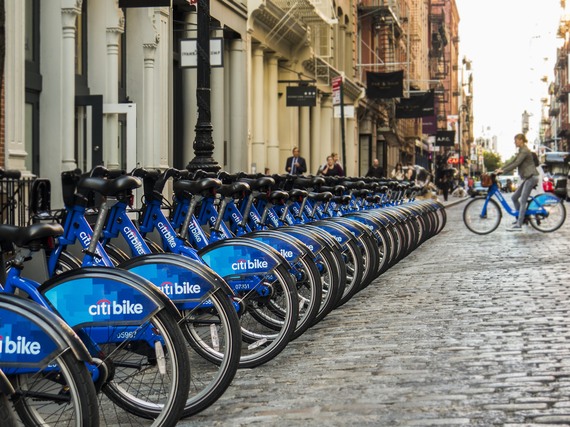 Mayors in cities around the world realized that they increasingly commanded the world's capital - both economic and human - and their decisions held global significance - especially when it came to climate change. Through collaboration, swapping ideas and the sharing of technical expertise, city leaders began making sustainable decisions that also benefited the local economy and protected the long-term health of their citizens.

In the lead-up to COP21, cities began to receive global recognition for not only committing to climate action, but also providing tangible examples of successful solutions. As countries began to announce their INDC commitments in anticipation of COP21, cities developed the Global Protocol for Community-Scale Emissions, a parallel measurement and reporting framework based on the same methodology used by the IPCC. Under the Compact of Mayors - which will merge with the Covenant of Mayors in January to become the Global Covenant of Mayors for Climate and Energy - cities began making their own data-driven commitments, measuring their results and tracking progress.

By the time of the negotiations last year, hundreds of mayors had formally joined the effort. U.N. Secretary-General's Special Envoy for Cities and Climate Change Michael R. Bloomberg and Paris Mayor Anne Hidalgo convened more than 1,000 mayors, local representatives and community leaders at the Climate Summit for Local Leaders, making a powerful statement about city support for an international climate agreement. Indeed, it was subnational actors that helped provide much-needed cover for national governments to forge the ambitious international Paris Climate Agreement, which seeks to keep global temperature rise below 1.5 degrees Celsius.

Cities continue to be a bright spot in the global climate conversation, implementing solutions on the ground and enabling greater and more ambitious action by their national governments.

After the international mobilization for climate action that characterised much of 2015, nations turned to the challenging task of building the policies, programmes and investments needed to achieve their intended commitments. And mayors turned quietly back to what they had been doing all along: making sound economic and environmental decisions that best served their constituents. C40 celebrates some of the most innovative of these projects each year at the annual C40 Cities Awards, which will be held this December in Mexico City.

Of course, mayors' hard work is far from complete. C40 research shows that fully one third of the world's remaining safe carbon budget could be determined by urban policy decisions made before 2020. With help from networks like C40, cities are continuing to accelerate climate action and pursue more ambitious climate goals. Though cities certainly face barriers - particularly with respect to financing urban sustainability projects - C40 and our partners are devising pathways to overcome them, through mechanisms like the Financing Sustainable Cities Initiative and the C40 Finance Facility, which could unlock up to $1 billion worth of sustainable infrastructure in cities across low and middle-income countries by 2020.

And increasingly, mayors are looking beyond environmental and economic health to become champions of social inclusivity. C40 Chair and Mayor of Rio de Janeiro Eduardo Paes, for instance, used the Olympic Games as an opportunity to revitalize blighted neighbourhoods, expand services to underserved communities and connect the city's periphery with its centre through smart, transit-oriented development.

For nations, the next step forward is for enough countries to formally ratify the Paris Agreement to ensure it comes into effect as soon as possible, ideally within the year. For mayors, the next major step is the biannual C40 Mayors Summit 2016, the world's foremost gathering of political, business and intellectual leaders focused on forging a resilient, low carbon urban future.

This year, the C40 Mayors Summit will be held in Mexico City exactly one year after COP21, and will offer mayors of the world's largest and most influential cities the opportunity to collaborate directly with elected officials at all levels of government, prominent NGO leaders, executives from Fortune 500 companies and - perhaps most important - each other.