This is the second anniversary post in our series, TwitterPowerhouses, which focuses on the contributions of people who've helped to expand, influence, and redefine how we view social networking.

"Twitter's arrival as a cultural force happened by steps, not a single breakthrough event." When co-founder Biz Stone uttered those words to the Financial Post, we couldn't have agreed more. From its big splash at SXSW in 2007 to the first off-Earth tweet from the International Space Station, the success has been exciting. But, there is no doubt that the use of Twitter during protests against Iran's Presidential Election in 2009 was a huge turning point for the site.

As NPR's Terri Gross points out,

[Biz] Stone says he first realized that Twitter could be used as a global organizing tool in April 2008, when American graduate student James Buck was arrested while covering anti-government protests in Egypt. On his way to the police station, Buck tweeted one word -- "arrested" -- to his friends, who were able to call the consulate and Egyptian authorities and help secure his release.

Fourteen months later, when the U.S. State Department asked Twitter to delay a planned network upgrade to help safeguard the rights of Iranians voicing their dissatisfaction over the 2009 presidential election in Iran, condemning both the process and outcome of the election, it was the beginning of what Stone had envisioned. It was a moment Maz Nadjm, a leader and respected member of London's social media scene, fully embraced the popular social networking site and began to broadcast messages and images to the world in solidarity with the freedom fighters in Iran. 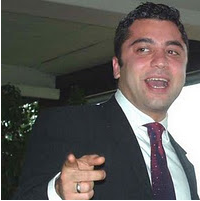 1) You've been on Twitter for a number of years and witnessed a number of changes. What are your thoughts on where the site is headed?

Well what I do love about Twitter is that it's disruptive in a number of ways. As founders of the service have admitted nobody really expected the turnout. Twitter has changed the way many of us communicate, engage with each other, how we find new people and topics to talk about. We see brands and celebrities on the site trying to harness the daily and fast 140 character conversations.

One area that stands out for me is the speed of news breaking out on Twitter. After the Mumbai incidents many news organisations amplified their social media approach, mainly Twitter engagement. As they realised they were behind and simply not fast enough compared to Twitter breaking that event. Second biggest and groundbreaking event was the Iran Election, globally known as the Twitter revolution. Twitter, due to its simplicity and mass audience, allowed the news of repression and horrible violence against peaceful demonstrators to come out from Iran. Suddenly the whole world knew exactly what was happening in that country. Recently we've seen the ArabSpring; how revolutions and demonstrations are being organised and communicated through social sites like Twitter.

2) As a member of the education and digital communities, how do you use Twitter to connect with your audience?

I've found Twitter extremely beneficial for my professional and personal growth. It is much easier to get in contact with key people. You can now have a one to one chat with anybody on Twitter; it definitely beats any type of cold calling! Another benefit is that you can find like-minded people much quicker, no matter what business or profession you are in.

Thanks to events and speaker opportunities I get to travel a bit. I always end up meeting people I've engaged with on Twitter. Recently I was in Dublin, Ireland, and met a lot of twitter friends for the first time face to face. I also organise tweetups and dinners through Twitter giving me the opportunity to meet fantastic people and making new friends.

3) Talk a little bit about TSL Education. People love how it's impacting lives on a global scale.

Basically it's about changing the world. Improving education changes kids' lives, and in turn it changes society for the better. TSL has proven that pooling knowledge leads to radically better lessons, while saving teachers prep time.

We believe by leveling the playing field early in a child's education you can fundamentally alter their education experience, career prospects and future quality of life. Key to TSL's vision are teachers, we provide online space where they can share their vast knowledge and maximise learning for greater good.

I consider myself lucky as I got into social media back in 2003. I started one of the first social networks in the UK and created one of the first social media agencies in the UK in 2006. I've advised a number of large companies like Sky News International, Star TV, Chelsea FC and Ogilvy Group UK with global clients. But I always consider myself a student; I'm an avid reader and love to learn. Being a mentor at universities, advisor at start-ups and attending events helps me to keep myself up to date.

I'm currently fascinated by the topic collaborative consumption. It describes old world behaviours, such as lending, exchange, swapping and bartering that are now able to operate at scale, across geographic boundaries enabled by technology. The term was coined by Rachel Botsman whose work has brought together thousands of global innovators and entrepreneurs - all using technology and human ingenuity to develop new ways of sharing, lending and exchanging time, skills and resources.

5) How would you define yourself in 140 characters?

Authors' Note: In case you missed it, here's Part 22 of the series: Passionistas