No one is really sure why he came to Mazatlan, but in the late 1820s a fellow from the Philippines showed up on the docks of this little Mexican town on the Pacific. His name was Juan Nepomuceno Machado, and he created something that has since been enjoyed by millions of visitors to Mazatlan, from foreign miners to movie stars to tourists.

Local legends say Machado was drawn to Mazatlan by the pearl diving business there or perhaps by trading opportunities at the town's busy deep-water port. Maybe he'd heard about the silver mines in the nearby Sierra Madres. 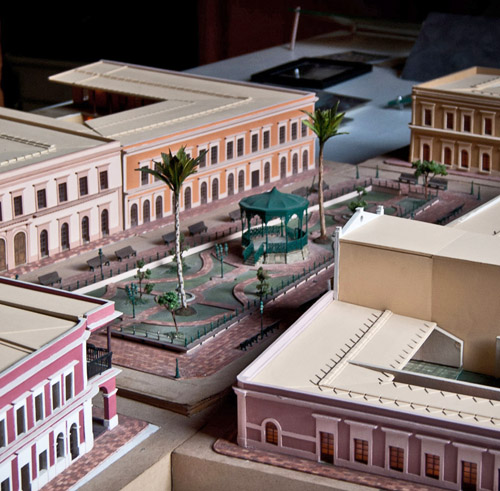 Whatever the reason, he built a block-long plaza that looked much like a European neo-classical town square. It was likely ringed by porticoed walkways, shops behind wrought-iron lattices, small inns and al fresco cafes shaded by orange trees. It was a pleasant place where Mazatlecos could take leisurely strolls, chat with friends, catch up on the latest gossip and go to a concert in the evening.

Not surprisingly, the plaza became known as the Plazuela Machado. Some say Machado created it to prompt immigration by Europeans, particularly hard-working Germans, to replenish the mines' dwindling supply of diggers. If that was the reason, it worked. Thousands of Germans among other Europeans in fact moved in over the next few years.

Fast-forward to 1849, and the plaza again made a big hit -- this time with wanna-be miners heading to the newly found gold fields of Northern California. Steam ships took them down the East Coast to ports in Mexico, Nicaragua and Panama, which they crossed on land and river routes through the jungles. On the other side, steamers waited to take them up the Pacific shores to San Francisco. 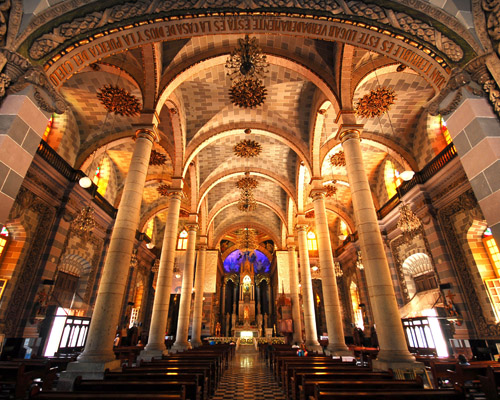 Ships packed with 49ers often stopped at Mazatlan to let the lads enjoy a little R&R at the plaza, which by then had grown into a small city full of old-world charm.

Jump to the 1920s, and Mazatlan is again in the spotlight, this time thanks to a new law up north, an amendment to the US Constitution that outlawed the consumption of alcoholic drinks.

In the States, prohibition (supposedly) made booze hard to get, but it was a whole other story south of the border. And getting there -- especially if you could sail down the Pacific coast with a yacht full of friends -- was half the fun.

Waiting for you at Mazatlan was not only the plaza but some of the country's earliest resort hotels, wide open for business a few blocks away on a beach called Olas Altas.

So the town filled up with foreigners again, this time with merry-making Hollywood stars, studio execs, oil barons and other miscellaneous moguls. "There were speakeasies all over the States, but Prohibition was a great excuse for the stars to hop on their yachts and sail down here to get a drink," reporters were told by Gilberto Limon, Mazatlan's legendary public relations man.

Jump ahead to today, and you'll find some of the once-posh hotels on the half-dozen blocks of the old resort strip are still open. One, La Siesta, now better described as pleasant than posh - but everything usually works, from its air conditioning to its cable TV - offers 57 smallish rooms (mostly with ocean views) around a colonial-style courtyard. 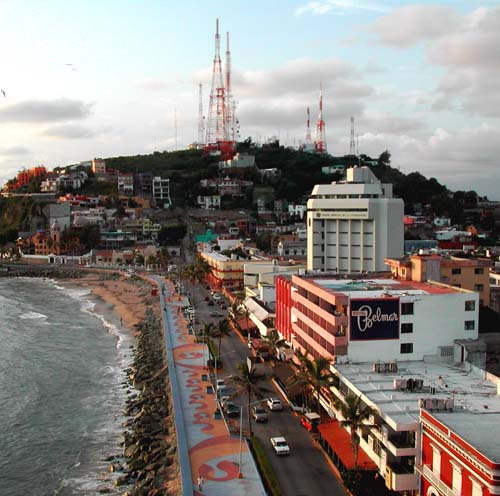 A lot less preserved (to put it kindly) but in the process of being restored is the nearby Belmar, the grandest of Mazatlan's hotels. Opened in 1920, her then-opulent guest rooms, lush gardens and elegant ballrooms were filled with Hollywood superstars like John Barrymore, Rudolph Valentino and Mae West and, a little later on, John Wayne, Tyrone Power, Rock Hudson and Gregory Peck. 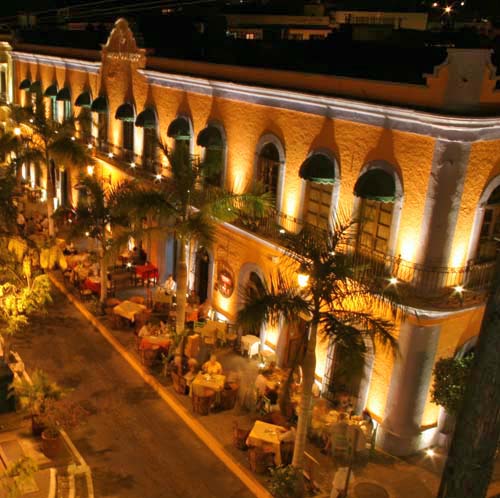 What happened to the Plaza Machado? It's still there and, thanks to a multi-million-dollar facelift, it's now the crown jewel of the city's 180-block "Historic District." Lined by trees and iron benches and on three sides by outdoor restaurants, the plaza is again the cultural center of the town, enjoyed by Mazatlecos and tourists alike.

Wander around outside the plaza and you'll find block after block of cobbled lanes lined with art galleries, sidewalk cafes, museums, jazz clubs, boutique hotels, restored mansions and even an old-time opera house. 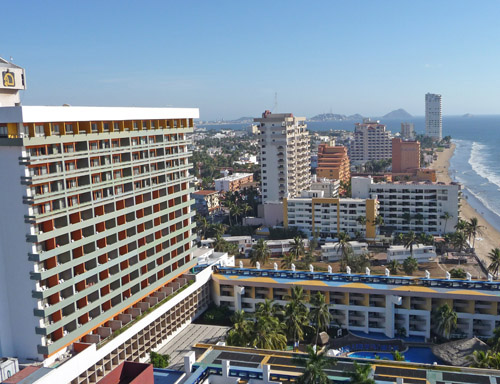 Most tourists stay seven or so miles away from the plaza on the other side of Mazatlan in the 10,000 rooms of the city's modern-day resort strip, the Zona Dorada (Golden Zone). Hotel guests on the strip can either take escorted day-tours of the Historic District or see it on their own by hailing open-air "pulmonia" cabs, roughly a 20-minute ride.

In the plaza, chances are not many tourists know they're walking around in the footsteps of the boozing movie giants of yesteryear nor in the earlier tracks of in-transit '49ers. Nor of European immigrants who once spent days toiling in the silver mines and nights soaking up the old-world delights of what turned out to be Juan Machado's legacy to Mazatlan.