Jivan Sobrinho-Wheeler, a think-tanker and Democratic Socialists of America activist, wants to provide free monthly transit passes to Cambridge’s nearly 114,000 residents. The plan would cost nearly $60 million per year — but, he hopes, would encourage more people to ditch their cars for public transit, reducing traffic and pedestrian deaths and making a dent in the city’s climate-changing emissions.

Sobrinho-Wheeler’s proposal may sound radical, but the idea of free transit has actually been around since the 1960s. The logic is simple: Collecting fares on transit (and cracking down on fare evasion) costs money that would be better spent on providing more and better transit.

All sorts of people and communities have considered the idea. In 2009, New York City (then run by Michael Bloomberg, no socialist) considered a pilot program for free buses. Tallinn, the capital of Estonia, made its buses and trains free in 2013, and the program proved so successful that the national government expanded it country-wide last year. Chapel Hill, North Carolina’s liberal mecca, rolled out a fare-free bus system in 2002, though the service remains spare and difficult to rely on as a primary mode of transportation. Salt Lake City started considering a fare-free transit system this summer. And in 2017, Columbus, Ohio, started providing free bus passes to workers as a means of relieving road congestion in the Midwest’s second-largest city by population. The program doubled bus ridership from 5% of downtown commuters to 10%, said Angie Schmitt, a Cleveland-based transportation expert and author of an upcoming book on pedestrian safety.

A renter who lives with three roommates in a triple-decker building between Harvard and Central Square, Sobrinho-Wheeler, 27, ran on a platform of legalizing denser, more affordable housing and finding new ways to favor buses, trains and bikes over the automobiles that clog the city’s streets and pollute its air.

Nearly a dozen pedestrians and cyclists have died from collisions with vehicles in the past four years in Cambridge alone, according to data from the Vision Zero Coalition. The number is even higher in Boston, the city on the opposite side of the Charles River.

Giving drivers more incentive to take a bus or train is the first plank in what Sobrinho-Wheeler is calling his Green New Deal for Cambridge. Under his plan, the city would buy monthly passes from the state-run Massachusetts Bay Transportation Authority at a discounted bulk rate and provide them to Cambridge residents by 2025.

The city couldn’t foot the bill alone. The proposal calls on Harvard University and the Massachusetts Institute of Technology — private schools with nearly $42 billion and $18 billion endowments, respectively — to cover the combined $15 million per year it would cost to provide their students year-round monthly passes. The rest would come from new taxes, according to a blueprint published by the Sobrinho-Wheeler campaign.

The idea of free transit has actually been around since the 1960s. The logic is simple: Collecting fares on transit (and cracking down on fare evasion) costs money that would be better spent on providing more and better transit.

“The vast majority of people here don’t drive to work, they take public transit,” Sobrinho-Wheeler said over Turkish coffee and hummus near the Red Line of the T, Cambridge’s shared subway system with Boston. “But the city council has free parking behind City Hall, so they don’t have to be in traffic or on the Red Line when it breaks down.”

Sobrinho-Wheeler, who works a day job at the Lincoln Institute of Land Policy, outlined a new tax on utilities and laboratories in the biotech industry’s geographic hub that would raise another $3 million over five years. As it stands, the city’s roughly 55,000 vehicles are taxed at $25 per $1,000 valuation, but Sobrinho-Wheeler called for increasing levies on luxury automobiles in a scheme to raise another $1 million. Regular property tax increases would bring in $10 million, but a progressive property tax on larger homes — with an exemption for homeowners earning under a certain annual income — could raise up to $28.9 million.

The key to a successful fare-free program is ensuring that the funding comes from outside the agency budget, so free rides don’t come at the cost of service, Schmitt explained.

“Since the money in this case isn’t coming from the transit agency, it’s not going to result in a reduction of service,” she said of the Cambridge proposal. “So it can only be positive.”

Sobrinho-Wheeler is part of a new wave of openly socialist elected officials who viewed the discontent that carried President Donald Trump to power as a chance to buck generations of Cold War-era stigma and run for office themselves. He credits New York state Sen. Julia Salazar, a socialist firebrand who helped champion the state’s first major rent reforms in years, with inspiring him to launch his own campaign.

The mounting threat of climate change makes it all the more urgent to enact policies that reduce dependence on greenhouse gas emissions and shore up public access to basic necessities, progressives say.

A system-wide shift away from fares would be a better program than a city-wide program, according to activists. But the state of Massachusetts controls the MBTA, and Cambridge shares its portion of the transit lines with the bigger and more populous Boston.

Cambridge controls its own roads, however, so improving the bus system that serves more of the city than the T may be a better place to start, argued Yonah Freemark, a doctoral student in city planning at MIT. The city has some painted lanes that are supposed to give priority to buses, but has “very few, if any, protected bus lanes, as in those cars can’t enter,” he said.

“That should be the priority above all else,” Freemark said. “But you have to focus on what feels politically feasible in your local environment.”

Sobrinho-Wheeler, who won’t be inaugurated until Jan. 6, is well aware of the political obstacles to his proposal. But he has vowed to continue organizing with the Democratic Socialists of America and his local chapter of Sunrise Movement, the influential grassroots group behind the Green New Deal, in hopes of maintaining an energized base of supporters he can marshal to pressure his fellow his lawmakers.

CORRECTION: An earlier version of this story cited two additional pedestrian deaths that occurred in a jurisdiction bordering Cambridge. 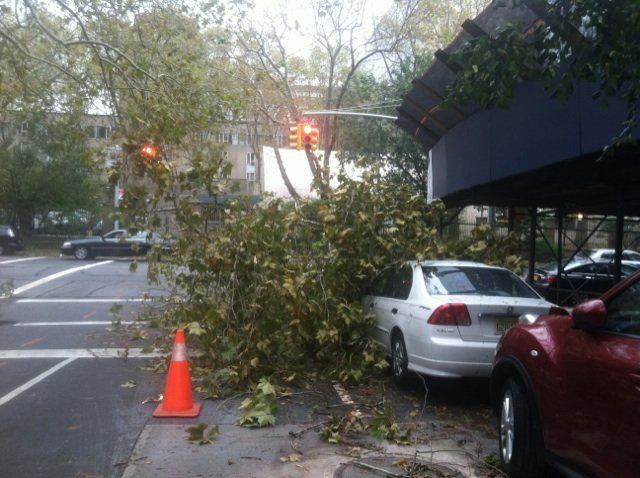