Is John McCain trying to be the older, whiter, more conservative Barack Obama?

The line donned McCain's lime-green backdrop as he addressed supporters in Louisiana. During that speech, moreover, the Arizonan took his Obama-posing a step further, uttering the word "change" more than 30 times. Not that Obama can claim sole ownership of the word or idea, but still...

Now there is this. On Wednesday, the McCain campaign put out a new homepage, featuring his new, Obama-like slogan, and an image that seems uncannily similar to Obama's trademark campaign logo - the red and white stripped valley under what appears to be a blue sun (or in McCain's case, blue sun rays). Take a look. 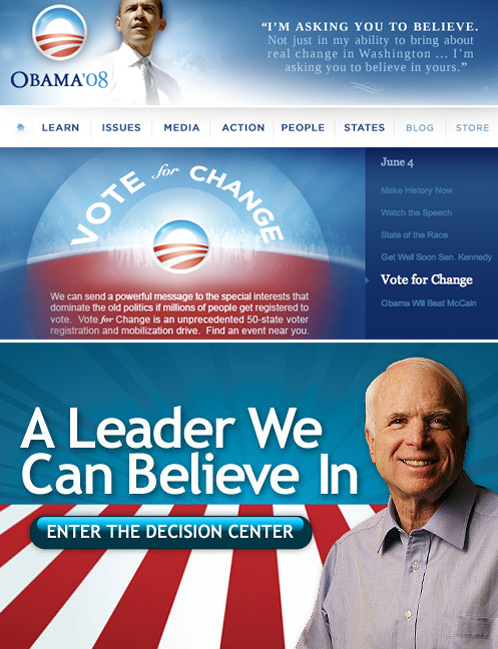 McCain's seems to be positioning himself so that he is not caught, like Sen Hillary Clinton, simply ceding the mantle of change to Obama. But when the co-opting of images, logos, and slogans is this blatant, it could prove more embarrassing than advantageous.