For months now, Barack Obama campaign manager David Plouffe has been bragging to anyone who will listen that the Democratic nominee has many paths to 270 electoral votes. But with John McCain's selection of Alaska Governor Sarah Palin as his running mate, one of the state's most prominent pollsters tells the Huffington Post that Plouffe should strike any plan that includes Alaska from his slate.

"Yes, I would think this takes it off the table," independent pollster Ivan Moore said, adding that Palin has a "stupendously positive approval rating ... that really cuts across party lines."

Currently, the Pollster.com poll of polls shows Obama with a slight lead in the state. 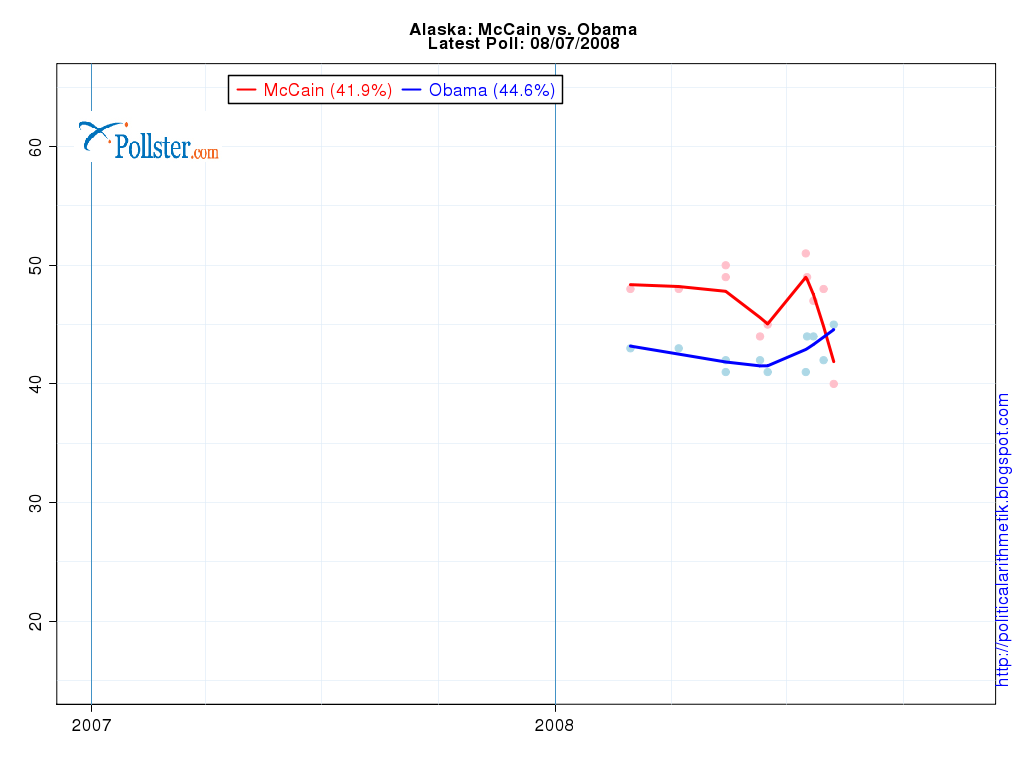 Noting that while Palin is "very very conservative" -- fiercely pro-life and open to teaching creationism in schools, for example -- she has thus far shied away from running Juneau as a hardcore right-winger. "People were worried [about that]," Moore said, "but it didn't pan out in the sense that after she took office ... she has governed pragmatically."

Moore also said that a simple recitation of policy positions doesn't do Palin justice as a politician. "It's her personality that will win people over, not her policy views," Moore said. "That's why she's been picked. She has an extraordinary talent at communicating on a mass political level, one that's quite unique. The thin resume and limited foreign policy experience, of course, is the huge risk here."