Another day, another brawl.

As the heat wave continues, another fight broke out at the McCarren Park Pool Monday, prompting the NYPD to use pepper spray to try and quell the chaos.

A witness described to The Daily News:

There was a complete breakdown of control. It looked like these kids were running the show. Then something obviously happened - he tried to resist arrest maybe - and they forced him to the ground. Then a group of people come rushing in and that's when the cop used mace. There was a palpable tension in the air. It was a really tense, unpleasant situation.

Swimmers were again irritated by lifeguards' demands to stop doing back-flips into the pool. Backflips were at the center of the last two pool shutdowns, with unruly teens refusing to abide by the pool's strict, no back-flip rules.

However on Monday, it wasn't teenagers wreaking havoc at McCarren Park but three grown men, including one 23-year old and two 24-year olds, all of whom were slapped with resisting arrest and disorderly conduct charges.

Before the fight Monday, a cop told Prospect Heights Patch that the pool was safe. “There will be no issues there—there are a lot of police,” she said.

See photos from the opening below: 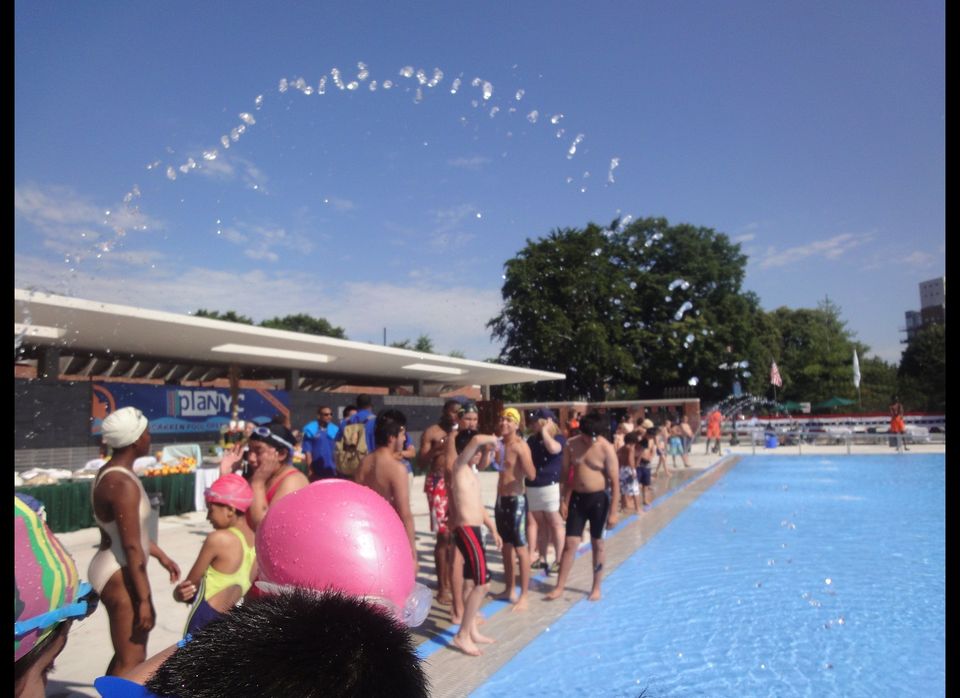